Director Whit Stillman on His Upcoming Damsels in Distress, Influencing Wes Anderson, and the Healing Power of Soap 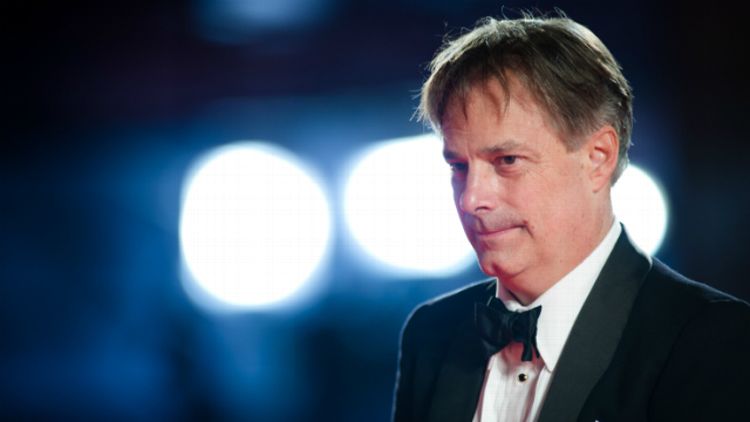 One perk of writing about Whit Stillman: You get to use words you haven’t seen since your Saturday-morning SAT prep course. Like “raffinated,” i.e., the distilled quality of his characters’ dialogue as they bandy off-the-cuff insights and fragile emotions like prep school Ping-Pong champs. Or “cad”: the character in a Stillman film (traditionally played by Chris Eigeman) who condemns the morality of Lady and the Tramp, then dumps a girl by claiming to come out of the closet. The other is meeting the man who paved the way for Wes Anderson, Noah Baumbach, and all the other disciples of the cinema of precociousness.

See, I’ve always thought of Whit Stillman as the quintessential Criterion Collection director: distinctive, influential, and at risk of being misplaced without a deluxe edition of his films. Every first-year film student can wax poetic/rant acerbic about Rushmore or Kicking and Screaming, but how many appreciate that both have their stylistic roots in Stillman’s “comedies of mannerlessness”? Granted, Stillman parried my first question about being the progenitor of Anderson and Baumbach: “Some people say that. But a lot of the people who wouldn’t back my films and wouldn’t give me the time of day also said that.” Nonetheless, Stillman is kind of like the Bertolt Brecht of indie comedy: a name they’ve heard a thousand times at cocktail parties or even toyed with themselves like a spare martini olive, without really knowing what it means.

Of course, why would you? He’d made only three films — Metropolitan, Barcelona, and The Last Days of Disco — before decamping to Europe in the Edith Wharton tradition of Americans whose fastidious artistry wore out an initially warm embrace. There, besides working on various scripts that never took off, Stillman completed a novelization of The Last Days of Disco, contributed occasionally to the Wall Street Journal, and suffered financing disappointments not unusual to anyone familiar with the European film industry. Now Stillman’s back, after a decade-plus hiatus, with his fourth film, Damsels in Distress, featuring Mumblecore darling Greta Gerwig as a college coed out to solve the world’s problems while ignoring her own. The film hums along with bonbon-sized bons mots and a guileless script that transplants Stillman’s early-’90s sensibility to the 21st century with surprising ease. In fact, it stoked enough nostalgia for a meandering-indie-banter movie done well, I searched Amazon to see if Criterion had put out a Stillman box set. (They haven’t. But should.)

Seated across from me at the Beverly Wilshire, Stillman acknowledged he’s finding himself more popular than he remembered on his return: “When I left the States, I think there was a lot of hostility towards our films. Coming back, I feel a little bit like Rip Van Winkle … When I left, everyone only liked Quentin Tarantino films or David Cronenberg films. Suddenly there are people who actually say they like our films, which is a bit surprising. And suspicious.” On that last beat, you get the sense Stillman’s joking, because it’s true. It’s no shock he felt little warmth after Disco fizzled at the box office; as the “WASP Woody Allen,” his aesthetic is unapologetically haute-bourgeois when the cultural vogue has more often been to embrace all things pulp. Also, his heroes eschew the exceptional individualism of Nike commercials; instead, his damsels aspire to be part of the mass of perfectly normal people.

Case in point: The height of ecstasy for Gerwig’s character is discovering a bar of motel soap whose precise smell cures her depression and whose powers she believes will help lower the suicide rate at the filthiest dorm on campus. (Gerwig’s character runs the college’s suicide prevention center, quipping that while prevention is usually 9/10ths the cure, with suicide it’s actually 10/10ths.) I asked Stillman where the soap idea came from, and his answer gave a window on his worldview: “This is the kind of thing that would occasionally mesmerize me. There’d be some scent of a soap that I’d think was the spirit of life and beauty. I remember one smell, it was the spirit of Lew Beach in New York; it’s sort of a trout-fishing stream in this very beautiful natural environment in the Catskills … another was the Louvre Museum when I was in Paris. This is all the best in world culture, this is the spirit of the Louvre museum — it’s that kind of manic enthusiasm about something that doesn’t make complete sense but enhances life.”

Stillman’s eyelids fluttered in a quiet exultation as he rhapsodized, enough to make you feel his rap as the straight-laced preppy bard who doesn’t tell the whole story. Sure, his characters have affectations, but they’re not affected. And while they, like him, are hyperarticulate, neither are necessarily pretentious. For example, when I dangle a Proust allusion, comparing Gerwig’s soap to Proust’s famous madeleine, Stillman self-deprecates: “If I’d read Proust I’d really appreciate that reference …  One day I’ll read a few pages.” And he tosses off concise critiques of Kant Hegel like he’s telling a knock-knock joke: “I say no synthesis. Just go back and keep on the tennis game: thesis and antithesis.” That’s revealing: A conversation with Stillman naturally falls into banter, but it’s less a competitive duel than a lazy Sunday tennis match before brunch.

More than an emblem of that endangered species known as the yuppie, Stillman is an eager filmmaker hoping his latest film will be well-received. He’s sure to give me a CD of the Damsel soundtrack, and he’s less interested in themes or influences than in knowing if people laughed at the press screenings, which he hates attending. “I only went to one because I needed to check the sound … I don’t like to introduce a film before the screening, and I don’t really like seeing films at premieres, ’cause they’re kind of fake. I had so many people tell me afterward, ‘when I saw Disco at the premiere I really didn’t like it but later I went out and saw it in the movie theater or on TV and really liked it.’” You could feel the singed memory of an underwhelming reception — as if Last Days of Disco was the film where the world had had enough of Whit Stillman — but I looked back at the reviews, and they were pretty positive. Honestly, I hadn’t watched Disco until now, either, but I watched it at home on the TV and liked it, too.

Maybe the zeitgeist has come full circle. Given the saturation of Extreme Everything and the cultivated chic of Casual Cool, the buttoned-down ecstasy of Damsels in Distress and Stillman’s work in general is refreshing. Sure, his characters are relentlessly self-aware, but you can appreciate the sincerity of their asides and the virtues of precision that mark Stillman’s ethos. After all, in order to get Damsels made on a dime, he took a film crew schooled in the occasionally grating anti-aesthetic of Mumblecore and cleaned them up for presentation’s sake: “I can’t say I’ve seen a Mumblecore film, but we kind of stole their people and their way of going about things and then just added more shooting days and more structure. We put them in our structure, like this is actually MGM studios, this is Irving Thalberg, except we’re just not going to spend any money. So, it’s an old-fashioned ’30s movie: Everything has to look beautiful and gorgeous but it’s not going to cost anything.” When I asked how he achieved that, Stillman just smiled, saying his guild is angry with him. So, I thought, beneath that dandy exterior beats the heart of a down-and-dirty filmmaker. Then he compared a guild representative to Robespierre.