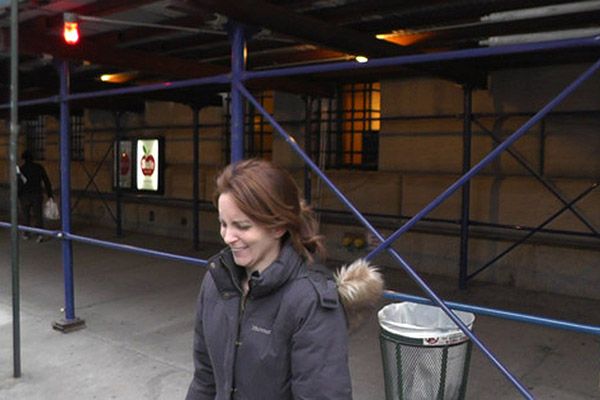 This is the full text of an article that was posted by E! Online today. It was accompanied by a picture of Taylor Swift making her way out of a vehicle. (Interpretive annotations are my own.)

Taylor Swift was spotted in Los Angeles on Wednesday as she made her way out of a vehicle. [Tell me more!]

Casually dressed [in a transparent effort to spite her tormentors], the country cutie stepped out on the same day [coincidence!?!?!?!?] that Tina Fey told a photographer to “go f–k yourself” [So not casual of her!] when asked about Swift’s remark that she and Amy Poehler are destined for Hades. [Do you like how relevant these details are to Taylor getting out of that car?]

[We’re about to insert a related link! Please stop reading this post now and click on it; I promise, we have no new information.]

In the latest issue of Vanity Fair, Swift expressed her annoyance [Hell hath no fury like a woman annoyed!] at a quip made by Fey and Poehler at the Golden Globes regarding the singer’s love life.

“There’s a special place in hell for women who don’t help other women,” she told the mag. [Buuurrrnnn! That was almost as catty as that time she got out of that vehicle in casual clothes to spite Tina Fey!]