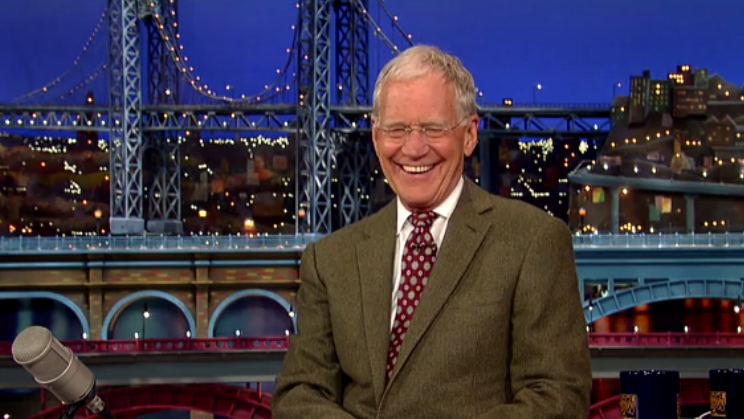 Recall if you will what David Letterman said to Dan Rather, the first guest on the first post-9/11 Late Show, when Rather teared up, then apologized for his lack of professionalism: “Yeah, you’re a professional, but good Christ, you’re a human being.”

In the course of Letterman’s 32-year career on late-night television — which he announced yesterday will come to an end sometime in 2015 — he’s been many things. In the beginning, he was irony’s most visible mainstream ambassador, a grown-up Alfred E. Neuman throwing postmodern water balloons off a roof owned by General Electric. By the end, he was a fixture in his own right, a part of the landscape — not to mention the unquestionable moral victor of each round of the late-night wars, even the ones he had no personal stake in. He was a terrible Oscar host, the best part of Cabin Boy, and an ongoing nemesis/inspiration to David Foster Wallace, whose first nationally published short story, “My Appearance,” is about an actress white-knuckling through her first Letterman visit. But good Christ: Above all else, first and foremost, he was a human being. Like Johnny Carson, he was a naturally reticent Midwesterner. Unlike Carson, he became more willing over the years to be vulnerable in front of us, to let us see him as he really was. He grappled with his hair loss and his employers and his mortality, he apologized to his wife for carrying on affairs with Late Show staffers, he crowed about his newborn son.

You didn’t choose Letterman over sleep (or Jay Leno, the real cousin of death) for the scripted jokes — which he’d often throw away, often literally, by tossing an index card through a fake window. You chose him because you knew you’d see Letterman react to something like an actual person would, whether it was a stupid pet trick or Drew Barrymore’s boobs or a tepidly received punch line or this triumphantly odd performance by Future Islands from a few weeks back. Watch it until the end: When the song’s over, Letterman strolls out grinning like an idiot, which is what Future Islands does to people, and says, “How about that? I’ll take all-a that you got!” And sure, you can turn on Jimmy Fallon any night of the week and see him getting that amped at least once per segment. But Letterman’s enthusiasm mattered the way Carson waving comics over to the couch used to, because it only manifested itself when something really interesting had happened.

I’ve always viewed the distinction between Late Night and The Late Show as mostly semantic — it’s all just Letterman, the way Neil Young claims all his music is just one long song. But once Letterman moved to CBS and settled into the role of cranky anti-Leno, he got even looser. He still delighted in pointing out that which was chintzy and false about television. But he also found ways of puncturing that falsehood and calling bullshit when bullshit was put before him. Late Dave seemed to derive a little too much enjoyment from bullying the intellectually helpless likes of Paris and Lindsay to the point of tears, but he also provided a valuable public service by treating the likes of Bill O’Reilly and John McCain with the same lack of respect he gave Richard Simmons.

We’ll have until next year to get our farewell top 10 lists in order and memorialize Letterman’s legacy in ways that will undoubtedly make him uncomfortable. In the meantime, here’s a little bit of one of the greatest Letterman shows ever — the last appearance of the great singer-songwriter and frequent guest Warren Zevon, shortly after Zevon (who’d sardonically but not inaccurately described Letterman as “the best friend my music has ever had”) was diagnosed with terminal cancer. This was the night Letterman asked Zevon if facing death had taught him anything, and Zevon replied, “Not unless I know how much you’re supposed to enjoy every sandwich.” The whole show is a high-water mark — for Letterman, for Dave being human in public, for televised reckoning with the fact of death. No sentiment, either — at the end of the interview, he thanks Zevon for being there, thanks him for everything, and after the commercial break, Zevon plays this song.