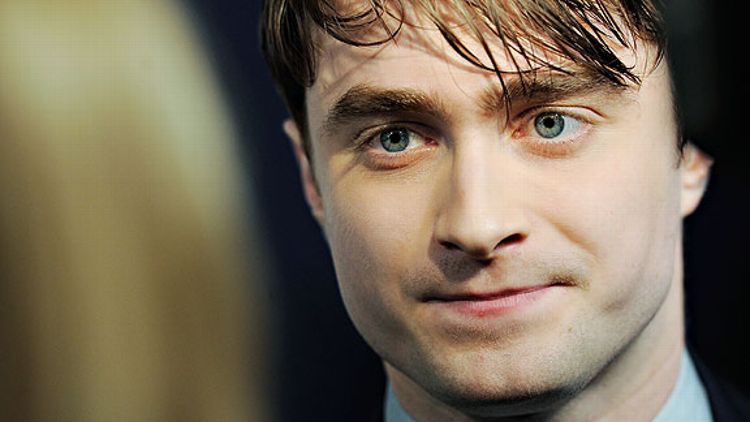 It’s a well-known fact — or, at least, a well-known Megan Fox quote — that everyone in Hollywood does drugs. Hard drugs, soft drugs, designer drugs, love drugs — all flow freely at fashionable Brentwood boites. It’s constant, prevalent and — this is key — completely hush-hush. In fact, the only people who probably aren’t high this very minute are the actors who are out talking about it in the first place. Case in point: This month two squeaky clean young thespians made waves for admitting sudsy, substance-abusing pasts. First was secretly-not-young Glee jock Cory Monteith, who, in an interview with noted muck-raking rag Parade, practically drew track marks on his arm with a crayon, so desperate was he for street cred. “I was out of control,” he insisted, before going on to describe a youth full of “skipping school, drinking, and smoking marijuana” which, when last we checked, was also known as “youth.” Not one to be outdone, professional wizard Daniel Radcliffe went even further this week in a chat with British GQ, claiming he “became reliant” on alcohol to “enjoy stuff.” (Seriously? That’s a problem now? C’mon, England! You used to be better than this! The corpse of Richard Burton just drained a growler of stout in the time it took me to type this sentence!)

Now, far be it from us to make light of anyone’s hard-won sobriety. But this sort of headline-grabbing confessional free-for-all is more than a little suspect. Not only because both Monteith and Radcliffe are attempting to transition away from the Tiger Beat demo — Radcliffe, in fact, has been known to resort to all manner of stunts to be taken seriously, including baring his quidditch live on stage — but because, under the Hollywood code, there are only three plausible scenarios in which you admit to a substance abuse problem: 1. You have something to promote; 2. Dr. Drew is facing you with a camera crew; or 3. You don’t actually have a substance abuse problem. Do you know what an actual substance abuse problem is called in Hollywood? “Exhaustion.” Seriously: “Exhaustion!” From time immemorial (or at least since Marilyn Monroe discovered barbiturates) it’s been the industry code word/catch-all for all manner of insane and debauched behavior. (Have you ever met anyone in real life who has gone to the hospital for exhaustion? It’d be like checking yourself into Betty Ford for being a chocoholic.) If you Google “Lindsay Lohan exhaustion,” for example, you will get more than 8.4 million hits. If you Google “Lance Armstrong exhaustion” — a man who by all accounts has had plenty of legitimate reasons to be exhausted! — you get only 2.2 million hits. And most of them are just advising you to eat a banana before conquering those last eight kilometers.

So while a concerned planet — or at least a concerned planet of eighth-grade girls — sends well-wishes and sobriety chips to Cory Monteith and Daniel Radcliffe, let’s keep a little bit of sympathy reserved for poor Selena Gomez, hospitalized just last month for (wait for it) … exhaustion.

The Kindest Cut: Natalie Morales is Out of the Chelsea Handler Show