Daft Punk Had a Big Weekend 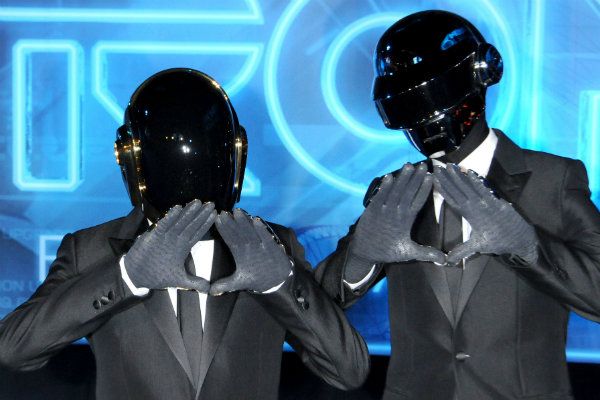 In a 72-hour period, social-media pioneer/basketball player Kobe Bryant went down with a devastating, late-career Achilles tear; Tiger Woods hit a shot too perfectly, which resulted in a penalty, a snitch penalty, and then potentially a wrongfully assessed snitch penalty; and at Coachella, Phoenix and R. Kelly decided to play “Ignition (Remix)” together, much to the delight of those with eyes and ears.

The Kobe injury causes intense sadness; Tiger, bitterness; Phoenix and R. Kelly, an extreme case of jealousy. The fourth major thing that took place this weekend, however, brings nothing but pure joy.

The weekend of Daft Punk.

The French duo Thomas Bangalter and Guy-Manuel de Homem-Christo were rumored to be playing a secret set at the Coachella Valley Music and Arts Festival. Thankfully for those of us not in attendance, they did not.

What did take place, however, was a teaser clip for their upcoming album, Random Access Memories, shown on a large Coachella screen Friday night. At the end of the clip was a list of contributors for the album: Panda Bear (founding member of Animal Collective), Julian Casablancas (lead singer of the Strokes), Todd Edwards (co-producer, vocalist on “Face to Face”), DJ Falcon (one half of Together, the house duo with Bangalter), Chilly Gonzales (occasional battle pianist), Giorgio Moroder (legendary producer, film scorer), Nile Rodgers (CHIC, EVERYTHING ELSE), Paul Williams (songwriter, composer, still alive), and Pharrell Williams (NILE RODGERS JR.).

You couldn’t think of a weirder, more talented murderers’ row of collaborators if you tried.

The following day, during a commercial break for Saturday Night Live, a more polished version of the Coachella teaser was revealed. Warning: It is everything.

The snippet, a portion of the song “Get Lucky,” is terrifyingly infectious. The pace of the song is perfect for front man Pharrell, who, like Michael Jackson before him, excels when he’s moving side to side, one hand in his pocket, instead of nodding forward and backward. Also, he’s Benjamin Button.

Pharrell is 40 years old. Just sit and think about that for the rest of your life.

The foursome of Daft, Pharrell, and Nile is almost too much to look at and listen to, because there are few examples of that much musical talent lumped on one stage, on one track, all outfitted by the same robot stylist.

The remainder of April and majority of May that exists before Daft Punk releases its first studio album in eight years should be an exciting time. For everyone. Not just those of us who listened to Alive 2007 for 19 straight days, because we were “going through some things,” but for those who have any love for timeless music. And pioneers. And the acts that come around once a generation that can produce at whatever speed they see fit, much to the anxious delight of their fan base, because any release is nothing short of a gift to the public.

That’s the only way I can fully describe waiting for this album to come out. Nervous excitement, coupled with longing and luck that we ever got another Daft Punk album.

These are the best of times.