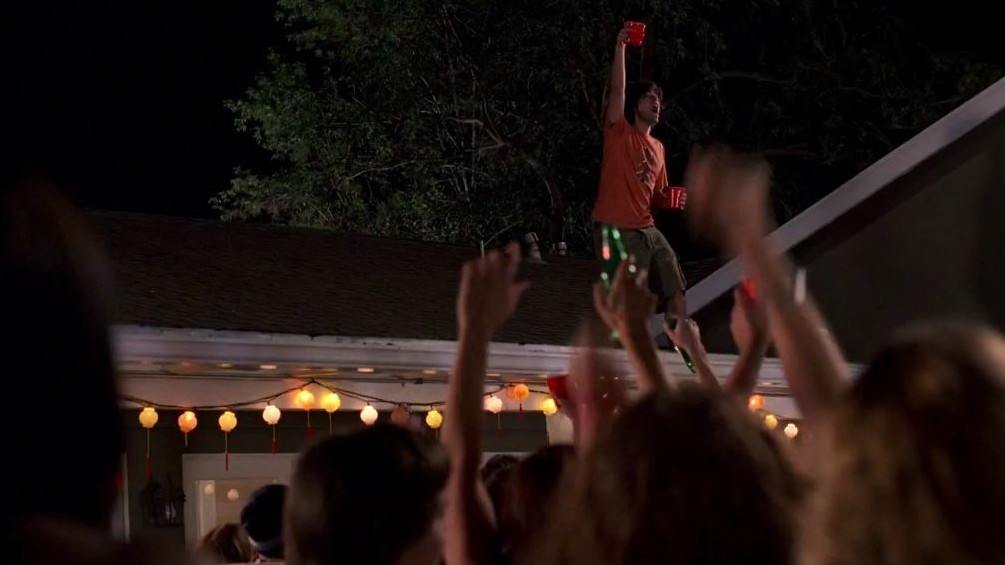 Before we begin, please take a minute to do us a favor. Really, it’s a favor to yourself, but we thought that if we framed it as a favor for us, it might make you more receptive; it’s impossible for us to know if you’re in a place right now where you want to do something nice for yourself. So find today’s date on the nearest calendar — an open Outlook or iCal window, the 12 Months of Jerry Ferrara Luxuriating on Various Expensive Rugs 2015 pinned to your wall, whatever — then press your finger into that box. Now slide it down until you reach June 3.

Wow, you didn’t have to move that finger very far, did you? Because the Entourage movie is three weeks away. An eternity and a blink of an eye. Enough time for Vince to be considered for the role of a lifetime, hem and haw about whether to take that role, and then finally accept it, further cementing himself as the greatest movie star of his generation. Enough time for Ari to break 300 BlackBerrys. Enough time for Turtle to open and then somehow bankrupt a pop-up shop named Vinnie Vapes, were he operating in California’s current golden age of medical-marijuana availability and vaporizing-accoutrement boutiques.

And yet that same three weeks is barely enough time for us to prepare you for the premiere of the Entourage movie. We all like to think we’re ready, to emulate the blithe cocksureness of America’s favorite semi-fictional leading man, to Fandango up some prime seats to a midnight showing and then just not worry about it, because everything’s going to work out perfectly in the end. Still, like E, we have this nagging inner voice that wants us to leave as little to chance as possible, reminding us we’re not so far from our humble pizza-boy origins to put in the prep work. We’re all just one underperforming opening from tossing dough and ladling sauce. And we can never forget that.

So let’s do this. Let’s get ready. Three weeks to go.

Episode Rewatch of the Week: 13 Questions About Season 3, Episode 2, “One Day in the Valley” (a.k.a. “Aquaman Breaks the Record”)

A certain kind of Entourage fan will turn up his nose at anything outside of Season 2, sure. But consider this: Everything that happens in Season 2 — all the Classic Vince Hemming and Hawing™ over whether to take on Aquaman, the James Cameron and Mandy Moore cameos, Queens Boulevard, Sundance — is merely building to this episode. We only have three weeks to go — did you skip over the introduction, where we asked you for a very important favor? — and so it makes sense for us to fast-forward to the destination instead of relive the journey. You have to make hard choices when you’re up against the clock. And so it’s going to be “One Day in the Valley” this time. The episode where Aquaman, against all odds,1 breaks the opening-weekend box office record and catapults Vince to rightful worldwide superstardom. This episode is literally why Entourage exists. Why are we even fighting over this, boys? Drama, make us some breakfast, somebody’s getting cranky and about to grumble some ignorant bullshit about the docks on The Wire.

In the second scene! In the second scene. Three soft-boiled eggs, boiled chicken, wheat toast with jam. As Hollywood’s most celebrated short-order cook himself points out, it’s not “a signature Johnny Drama breakfast” — no pancakes, yo! — but he’s trying to make something that won’t upset Vince’s stomach in case he’s worried about Aquaman‘s opening.

Vince is not at all worried about Aquaman’s opening, for the record.

Vince projects a $50 million opening for Aquaman. E, who’s just been on a phone call where Ari told him the bar’s been set at $95 million — “Expectations, you beat ’em by a dollar and life is great. Under a dollar, put a gun in your mouth and make sure I’m standing behind you” — gives Vince the reality check he so desperately needs. $50 million and they’re “all working at Del Taco on Monday.”

Blackouts in Southern California! From L.A. to San Diego! Movie theaters require electricity to exhibit Aquaman, and many of them are struggling to keep the power on, hampering their ability to draw the crowds needed to approach Spider-Man’s then-all-time opening-weekend record of $114,844,116. (Since surpassed a mere 20 times, not counting for inflation nor Aquaman.)

The crazy-making combination of constant box office projection adjustments and the blackouts cause Ari a great deal of stress, necessitating a number of panicked phone calls to E wherein he updates him on the numbers or laments the acts of an unfeeling, electricity-hoarding God that might prevent Vince’s movie from breaking the record. They shout. It’s how they do.

“North of Ventura Boulevard is hell’s waiting room,” laments Drama as he fills a cooler with water in preparation for the gang’s trip over the hill to watch Aquaman with the common people of the 818. The Valley is not only very hot — 105 degrees on the Maserati’s dashboard thermometer — it’s also a tragically unfashionable place for the boys to be spending what should be the most important day of their lives. Drama will spend much of the episode complaining about the heat or cooling himself with any available source of relief. He’s a sweater.

“Why are you sitting like that? Seriously, what are you wearing, a butt plug?” snipes Ari at his long-suffering right hand, critical of the assistant’s posture for some unknowable reason. Lloyd responds by sweetly offering his boss a Mongolian warrior-of-strength figurine for good luck.

Ari will later smash the Mongolian strength-warrior into tiny pieces on Lloyd’s desk when he gets bad news about Aquaman’s tracking.

A superstitious Ari, in observance of some arcane superagent abstinence ritual, refuses his wife’s repeated sexual advances, lest they jinx Aquaman’s fortunes. He eventually relents when she notes that the box office returns are out of his magic-making, BlackBerry-clutching hands — but first he needs to go find Vince, who’s out of pocket in the Valley. “I promise you, when I get back, no matter what, we’re gonna dent that headboard, no bullshit. I guarantee you will not walk right tomorrow,” he pledges with trademark charm.

Later, he will tell the boys, “I have to go home and hammer the wife,” though he immediately agrees to delay said uxorial hammering by designated-driving his drunk crew home.

“I haven’t had a blackout since I took four Quaaludes and forgot I fucked Chantal Luttenberg.”

Stranded in the Valley because of blackout-exacerbated traffic, the boys decide to take up some nerdy teenage fans on their invitation to a nearby high school party, remembering what it was like to be those kids, dreaming of the amazing Hollywood life they are living. “It’ll be like Almost Famous!” promises one nerd, as if the comparison and imminent intoxicated-star-screaming-from-a-roof-above-a-pool antics weren’t already obvious.

Vince pretends to be longtime friends with the nerds so that two attractive high school girls at the party will talk to them. He later lends them his Maserati — telling them just to return it to the Beverly Hills dealer when the lease is up at the end of the month, in the episode’s only true act of professional/financial irresponsibility — to help them close the deal.

We never find out if the deal is closed. But since this is perhaps the most important half-hour of Entourage ever, let’s assume that the nerds did, in fact, successfully leverage Vince’s fame for sexual gains. Vince makes dreams come true for everybody.

No, but they drink enough beer out of red Solo cups at the party that Drama decides to wrestle a high school meathead, who easily suplexes his much older, alcohol-hampered grappling partner.

There is not a single celebrity cameo, unless you count Freaks and Geeks‘s Samm Levine, who plays one of the nerds. There’s not even a Mark Wahlberg drive-by. Go ahead and blame the Valley setting for this dearth of star power, we won’t stop you.

“He’s having his Almost Famous moment,” E helpfully explains to Ari, just in case the sight of a drunken movie star teetering high above a party full of worshipful teenagers didn’t activate his on-the-nose-film-reference neurons. “The biggest movie star on the planet is on your roof right now!” screams Ari, right before informing his shitfaced golden god that his movie is now tracking at $116 million, thus eclipsing Spider-Man, regional rolling blackouts be damned.

They did it. They really did it! Fuck Tobey Maguire!

There are no high fives. Those begrudging high school basement hand jobs will be high five enough.

When I was at Harvard, I really wanted to fuck an art history major named Samantha Freeman. She was an absolute smoke-show and although she was chock-fulla-nuts, I was willing to overlook the crazy on behalf of her curious mind and sexual voracity. Problem was, I wasn’t the only hunter with my eyes on the prize. My chief competition came from a third-generation legacy on the crew team, Miles Van Kampen (MVK) who may very well have been the Winkelvoss Twins’ creepy Neanderthal uncle. Under normal circumstances, I would not have even considered an inbred blue-blood goon like MVK to be competition in my quest to disrobe Miss Freeman, but despite his underwhelming mental acuity and complete lack of social dexterity, the guy did have one thing going for him — a gigantic cock.  His nickname was “Tripod” and by all accounts he was hiding a Harley kickstand under his Girbauds.  It stood to reason that a budding nymphomaniac like Samantha Freeman would be drawn to such a prodigious member and, although I was packing a pretty powerful weapon, myself, I still needed a competitive sexual advantage that emphasized precision over girth.

—from Ari Gold’s The Gold Standard: Rules to Rule By, excerpted by the Daily Beast.

You may now feel free to cut off your genitals and throw them off the deck of the nearest superyacht and into the churning sea. You’ll never be able to use them again.

We all made the most of it, people dealt with in a calm way, thanks for your concern… https://t.co/tXMksup6PR

Fight night with the boys in Vegas… BIG night!!!!

We think we speak on behalf of all the boys — not just E, pictured at center, enjoying a posse-adjacent cigar — when we say: What the fuck, Leo?  You too good for your crew? You don’t even have an Oscar yet. Yeah, that’s right. We went there. To the Oscar place. How does it feel? Does it feel as bad as your bro putting a cartoon star over your face because you’re too ashamed to be seen with him?

Vince would never pull this shit.

This is a bummer note to end on. Let’s go out on some Aquaman-style triumph. 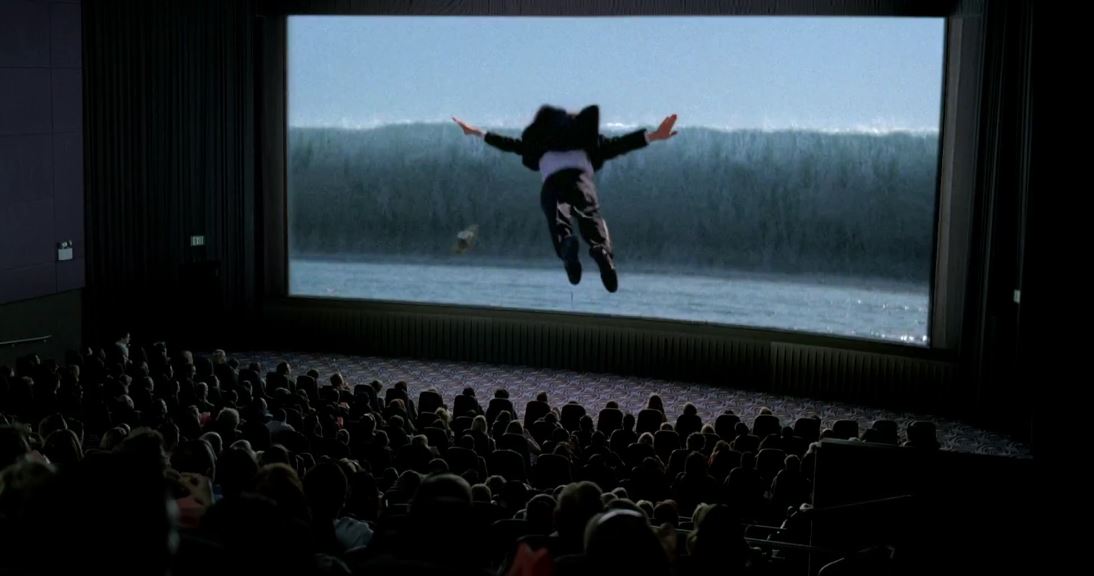 Next week: Only two more weeks until the Entourage movie.

Network Upfronts Report: Six Things We Learned About the State of Broadcast TV