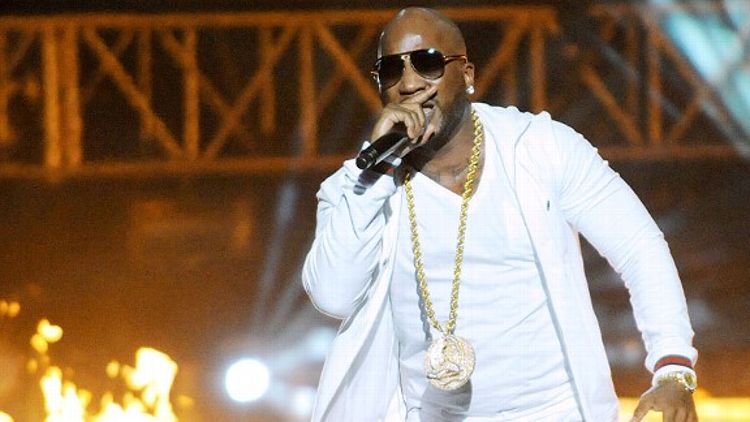 Editor’s note: Chris is hungover. Rembert got 8 hours of sleep and has been running on Dunkin’ since 7 a.m. Looks like the perfect scenario to talk about what’s left in the year of rap.

Chris: “Then we came to the end of another dull and lurid year.” Famous Bronx MC, and Grantland interview subject, Don DeLillo opened his book Americana with that line. That’s sort of how I’ve been feeling about hip-hop as we wind down 2011. But we did not come here to bury rap, but to praise it. Rem and I went back and forth on what albums and events (okay, event) we were looking forward to, shuffled them around in order and came up with this handy guide to the Fall/Winter ‘11 lineup. By the way, we’d include release dates, but anyone who follows rap can knows that release dates are merely suggestions and sometimes even jokes (we see you Detox! Except we don’t! Sigh).

Rembert: First off, Chris, the best way to cure a hangover is to stand in a freezing cold shower while drinking a full glass of maple syrup. Secondly, I’m extremely impressed by your starting rotation. I never expect people not from Atlanta to like Young Jeezy as much as we do, so good for you. Also, since you’ve got the Watch The Throne tour on your list and are making money, whereas I’m taking out student loans, feel free to splurge on an extra ticket.

Chris: I really like TM103’s nominal first single, “F.A.M.E.,” totally rock his most recent mixtape, The Real Is Back 2, and laud Jeezy’s appearance on his personal chef Slick Pulla’s song called “Ape Shit” (!) from a mixtape called Uday Hussein (!!). I really think it’s important to avoid hyperbole and really just keep expectations at nice, achievable level. With that in mind, let me say I fully expect this album to get Barack re-elected.

Rembert: For all 4 years of college, my “Religious Views” on Facebook were Thug Motivation 101. I only changed it once I graduated because “Black Presidents, Blue Lambos” seemed more appropriate for a young professional.

The Watch The Throne Tour

Rembert: This would easily be number 1, had I not drank a 64oz Big Gulp of the Jeezy Kool-Aid 6 years ago. Do I have tickets to this concert? No. Do I have the means to obtain these tickets? Definitely not. Will I find a way to see The Throne live, in all of their wealthy glory? Absolutely.

Chris: That’s heart-warming. It’s gonna be like a rap version of Detroit Rock City.I’ve been looking at Google Maps for about a month now, trying to determine what would be the best city to see Kanye shout, “HELLOHELLOHELLO WHITE AMERICA.” Tacoma? I am white, by the way.

Chris: People get mad at the sweaters, the Sprite, the #hashtag rap (“Two thumbs up/Ebert and Roeper”), the Earl Grey nights in 3-bedroom condos longing for the girl who lives forever the  Freshman dorm room of your mind. I get it and I just don’t care. Ever since “November 18th,” I’ve been a big fan. I’m not gonna change now just because he dresses like Macaulay Culkin from Home Alone.

Chris: This is some real Craig Kimbrel rap here. It’s all you, my man.

Rembert: So here’s the deal. I didn’t know that White people could be poor until last July. Now that I know, I’m obviously obsessed with Yela. Combine that poverty with the fact that he can rap circles around everyone and the end result is I’m actually considering buying this album (mainly to help with the bills).

Chris: From April, 1995, through November of 1996, Mobb Deep might have been the single best recording outfit on the planet. Since then pretty much every release has at least one track worth throwing in a time capsule. Hoping it’s the title track on this one (their first since Prodigy was released from prison).

Rembert: An album title hasn’t made me this excited since October 2010’s Lebron Flocka James Vol. 2.

Best Of The Rest

Rembert: “You are all alone in the world looking forward to Ja.” – Chris Ryan, October 5th, 2:24pm

This is exactly the negative energy that is motivating Ja Rule to make a classic album. It’s called Pain is Love 2. It’s a sequel and if I know one thing about the world, I know that sequels are always better than the original. Also, he’s in jail. That’s so real.

Chris: Rem, this is an invervention: stop smoking that Dune spice. I feel like to match you in suspect rap taste, I have to say I am looking forward to Tyga. Am I? I don’t know, I better drink some more maple syrup. Before I do, let me also shout out the twilight-of-their-careers brigade coming with albums this annum: Juelz Santana (Born To Lose, Built To Win) and 50 Cent (The Eye Of The Hustle? Or something?). The East Coast isn’t dead, it’s just thirtysomething.