Cannes Interview: Nebraska’s Will Forte on His Dramatic Shift and Why He Really Left SNL 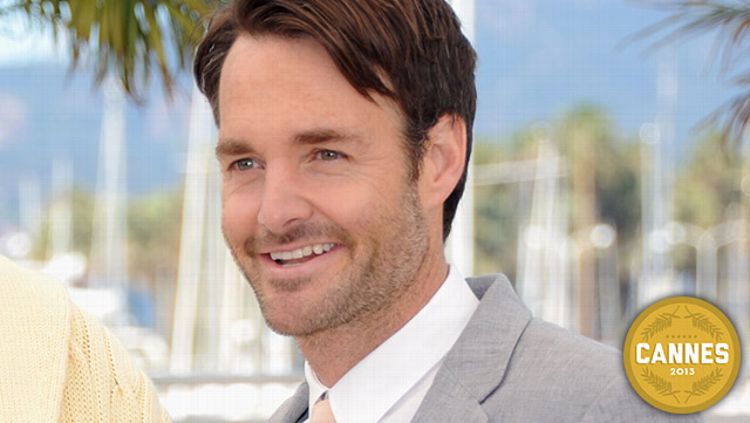 On Sunday night, 76-year-old veteran star Bruce Dern — father of Laura, Oscar nominee for Coming Home, Tom Buchanan to Redford’s Gatsby — won the Best Actor prize at the Cannes Film Festival for his turn as Woody, an obstinate but mentally fading Middle American alcoholic retiree in Alexander Payne’s new movie Nebraska. Dern’s performance is a tour de force of eight-octave range, but it’s his co-star, Will Forte, who taps into previous unrevealed stores of talent. Heretofore best known for his MacGuyver-on-meth SNL parody MacGruber, and his more recent turn as Jane Krakowski’s transsexual look-alike/lover on 30 Rock, Forte gives an extremely restrained, internal performance as Woody’s increasingly, tenaciously protective son David. It’s by far the least comedic thing he’s ever done — and it may be the most true to who he really is.

When Forte left Saturday Night Live after eight years in the summer of 2010 — a couple of months after the movie version of MacGruber flopped at the box office — the writer/performer gave a number of interviews in which he said he was moved to jump ship, at least in part, because he wanted to spend more time with his family — a claim made suspect by too many squeezed-out executives and disgraced politicians. When it comes from the mouth of a then-40-year-old bachelor comedian, it begs to be read as an ironic masterstroke: a joke on a culture in which no one with any modicum of professional ambition could be believed to really want to spend time with their family. And even then, it still appeared to be the usual euphemistic act of self-protection that would seem to say nothing substantive at all about Forte, his real conditions of departure, or his actual plans for the future.

Except that Forte really meant it. When I ask him about it, during a brief, publicist-monitored chat a few days after Nebraska’s premiere in Cannes, he says, simply and without a hint of sarcasm or guile, “I love my family, what can I say?”

In person, Forte projects an aw-shucks niceness that’s so unwavering it almost seems suspicious. At a press conference after the premiere of Nebraska, Payne said he cast Forte for his unique ability to simultaneously project sincerity and damage, which is a spot-on assessment of Forte’s unique “thing.” It’s also a requirement for the part, because in some sense Payne’s film is a daringly hopeful rejoinder to the notion that people who say what they mean and expect the same from others are somehow unfit for the modern world. In one of Nebraska’s best scenes, Forte’s David insists to a stranger that his father doesn’t have Alzheimer’s, “he just believes what people tell him.” The stranger responds: “Oh, that’s too bad.”

When Forte read the script, he says, “I just felt this connection to [David]. I can’t really explain it.” His agent urged him to send in an audition tape, in which he performed three scenes, two from early in the film, and then one from around its midpoint, in which father and son get drunk together at a dive bar. These are key moments in the development of Forte’s character, who for the first full act of the movie wears the practiced mask of a man who’s spent his first four decades alive unable to imagine that life could be anything other than mildly taxing; if there’s anything more than a dull hum going on inside him, he knows by now not to let it out. But after too many beers with his even more enigmatic dad, David’s repressed personality bursts forth. The effect onscreen is something like magic: The character suddenly snaps into focus, as though we’d been watching him through a lens that had been miscalibrated and was then corrected.

Forte insists he hadn’t been looking for an opportunity to show off such acting chops. “I mean, I don’t know if [my agent] read it and thought, Oh, I think Will could play this part. We had never had a specific conversation about the need to try dramas. But when she told me about it, I figured what the heck. I never thought that I would actually get the part.”

Forte’s wide-eyed humility is well paired to the part of David, a seemingly unremarkable, almost unsettlingly nondescript middle-aged guy who puts his life on hold to escort his dad on a road trip, culminating in the son’s extraordinarily selfless show of love for his father. The film has cynicism in it — at Cannes, critics debated the level of condescension in Payne’s portrait of Middle Americans as largely fat and petty, and flyover-state life as mind-numbing — but Forte’s character doesn’t. He simply arcs from blank slate to tear-jerkingly open heart.

As a sketch comedy veteran, accustomed to playing larger-than-life characters, many of whom he co-wrote, Forte relied on Dern and Payne’s moral support on set. “I was very intimidated, because I was not used to doing something so real,” he says. Developing a close bond with Dern and a comfortable shorthand with Payne, he says, allowed him “to get out of my head. Which is a problem for me — I’m always overthinking things.”

That he can be, as he puts it, “a little OCD” made his life tougher than it maybe needed to be while he was at SNL. “I’m not trying to brag, but I’m a hard worker, and there, the actors are writers,” he says. “So I would work really hard to write, and find myself there for long periods of time. And it’s a really hard, intense process. It’s a lot of work. So it’s hard to have a life outside of that.”

After being so steeped in such an intense process for so long, was it hard to readjust to the civilian world, so to speak?

“The weird thing is the first time the rest of the cast is back doing the show and you’re not there,” he says. “You miss it with all your heart. It’s really hard to watch the show for awhile, because you just want to be there. But at the same time, that’s your family there, you want to support the show, but it’s hard to for a little while, because you want to be back there. And it was my choice to leave, so that made it even harder, because it’s like, ‘I could be there right now! Why am I not there, if I’m missing it so much?’ That took awhile, to talk myself into thinking I made the right decision.”