Cannes Diary, Day 6: Somebody Wants to Win the Festival and It’s Not the Guy Who Made ‘Moneyball’ 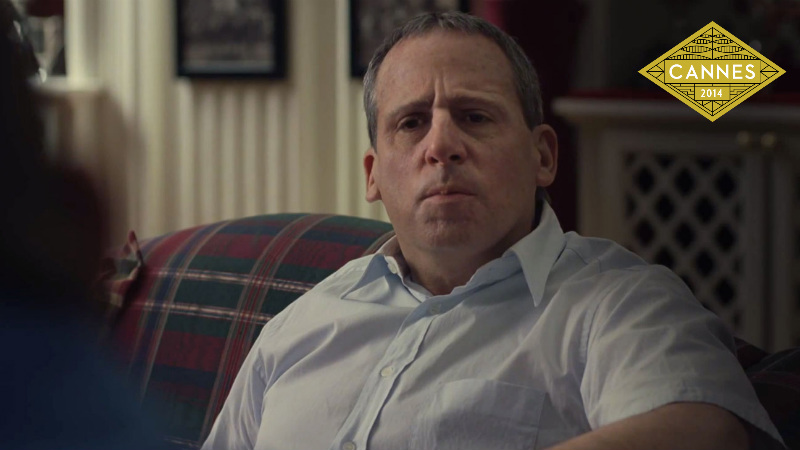 We’re at the stage of Cannes when people are beginning to think about Saturday. That’s when Jane Campion’s jury will announce its prizewinner, and there’s some uncertainty about which way the jurors are leaning. Eight or nine movies are still unseen. But no one’s seen the movie yet. That tends to be the film that, whether you like it or not, has something that’s got everyone talking — preferably loudly and intensely in corridors and restaurants. Or maybe it’s nearly unanimously adored.

Whispers are circulating about Abderrahmane Sissako’s Timbuktu, which has far more enthusiasts than detractors and is the answer most often given when the question is “What’s going to win?” But there’s a lack of passion for it. People might love Timbuktu, but they’re not in love. The two acting prizes seem a little clearer. Right now the leading women are Hilary Swank in The Homesman and Julianne Moore, gonzo in Maps to the Stars. But Annette Bening, Juliette Binoche, Kristen Stewart (who knows?), Marion Cotillard, and last year’s winner, Bérénice Bejo, are all still out there.

When we all got a load of Timothy Spall, as a vision of resplendent primitivity, in Mike Leigh’s Mr. Turner, the other acting prize appeared to be locked up. Then came Monday morning, when the first name that comes to mind when thinking about “best acting” at the Cannes Film Festival surfaced. Naturally, I’m talking about Steve Carell. Bennett Miller’s Foxcatcher premiered at about 8:30 a.m., and it has the sustained notes of solemnity and gravitas of his Capote and Moneyball. It’s just as funereal, too. Even in Moneyball, Miller worked with such direness that some close-ups made the actors look embalmed. Here it’s the score and sound design. They keep a pit in your stomach the way a horror film would.

The story is out-there. Dave Schultz (Mark Ruffalo) and his younger brother Mark (Channing Tatum) won gold medals in wrestling at the 1984 Olympics. They’ve begun training in Utah for Seoul when Mark gets a call from John E. du Pont (Carell), of the du Pont chemical dynasty. He’d like the Schultzes to put together a team he’ll sponsor called “Foxcatcher.” Dave can’t leave behind his work, wife (Sienna Miller, in mom jeans, a perm, one pink sweater), and kids, but Mark moves to suburban Philadelphia to live and train on the du Pont estate, where it becomes obvious that du Pont, a childish fiftysomething with an aquiline beak, thinks he’s purchased a playmate.

What follows is one of the strangest relationship and sports movies I’ve seen. Miller takes the wrestling as seriously as du Pont appears to — there’s a vast gymnasium. But the wrestling begins to feel like a pretext for du Pont’s repressed social and sexual urges, and for his sense of sonly rebellion against his mother, Jean (Vanessa Redgrave). Jean’s the stiletto of well-heeled mommies. But Mark seems just as damaged. His ears are cauliflowered, he’s got an almost knuckle-dragging gait, and his jaw juts. His parents divorced when he was 2, and he seems emotionally and intellectually stunted. You’re given the sense that Mark hasn’t felt the same about his brother since Dave got married. Mark is lonely, and John’s invitation, with its overtures to patriotism and national character, sharpens his sense of purpose. It goes gravely sour, of course.

The actual story is far stranger, particularly from du Pont’s side. But Miller skims enough for psychological surface tension to develop. It feels heavy. I might have liked something that weighed even more. A lot of the heft comes from that atmosphere. The three performances, by Ruffalo, Carell, and especially Tatum, work. You don’t know what’s going on in Mark’s and John’s heads, and that gives the movie a point of fascination: What does Mark think John wants? (Or what else?) There’s an air of attraction between these two from their first meeting. Wrestling is an accepted outlet to explore whatever has been repressed. Foxcatcher is as if Behind the Candelabra were directed like Being There.

It made an impression. The applause afterward was substantial, and when Carell’s name came onto the screen, the clapping swelled and there were cheers. People didn’t seem to think he had this in him, which isn’t generous. He did something similar with less makeup and mental illness in The 40-Year-Old Virgin, Little Miss Sunshine, and Anchorman. It feels more like a creepy continuation rather than a breakthrough. But his carriage here is new — Nosferatu Crossing the Delaware with a wedgie.

Miller gives his movies a journalistic kind of flatness (the script is credited to E. Max Frye and Dan Futterman, who wrote Capote). They don’t come down hard on any side. It’s mostly just the facts. That keeps Miller out of hot water. He said in the press conference after the morning screening that he didn’t want to make a political movie. But you’d like to see him dare.

Miller was full of humility and platitudes at his post-screening presser. Since Lars von Trier’s notorious session a few years ago, it feels like Q&As have collapsed into safe sobriety. To be fair, the questions are also getting out of hand. A journalist asked Ryan Reynolds the other day how the Green Lantern felt being at Cannes. Thank god for Naomi Kawase. No, I can’t believe I just typed that, either. But she’s been telling the press what too few filmmakers are willing to say about having a movie here: “There is nothing I want more than the Palme d’Or. I have my eyes on nothing else.”

Kawase is the Japanese animist who’s been boring audiences with her mercurial tone poems since 1997. But Cannes doesn’t care. It keeps inviting her back, and juries keep giving her prizes. Her first film, Suzuka, won the Caméra d’Or. Ten years later, The Mourning Forest won the runner-up prize. In 2011, Hanezu was selected for the main competition, and, by my count, was the most exited film I saw. Kawase’s appeal is a matter of respect. She’s an acute humanist, and if her ideas about life, death, and beyond are true, you want to be on their good side. She doesn’t make it easy. Her new film, Still the Water, is set on a tiny Japanese island and opens with a shot of a raging sea, then the garroting of a live goat, then a corpse bobbing on the tide.

Eventually, a love story between Kyoko (Jun Yoshinaga) and Kaito (Nijiro Murakami) takes shape the way a slab of dough turns into a cookie. While it bakes, there’s time to sit at the bedside of Kyoko’s young, dying mother, visit a bathhouse with Kaito, watch a bulldozer eat tree branches the way a brontosaurus might, and kill another goat. Kawase has compounded both the ritualism (“Should we do all six verses?” someone asks as the glassy eyes of Kyoko’s mother roll to the back of her head) and environmental directives. “You have to keep a humble attitude toward nature,” Kyoko’s father says to Kaito. Presumably, that extends to the nature of the mother, too.

But the boy doesn’t hear it. He curses his mother for having a libido and screams, “I don’t understand women!” — which, of course, became an invitation for the men in the audience to applaud in agreement about Kawase. Translated from the Japanese, the title is The Second Window, which is better than what the festival’s going with. It gets at Kawase’s themes of rebirth and alternative choices. There really is a worldview here in the pretty, protracted death scene, the typhoon sequence, and the sex that often looks like CPR. She’s talking about the release of life and its reclamation and rechanneling. Or something.

In the same interview with Agence-France Presse, Kawase called The Second Window her masterpiece. Its opacity feels personal. Only she knows what she’s up to. But she believes in seeping spirituality, that we are in everything, everywhere. And that everything’s in us. Occasionally, Kawase makes you believe in the possibility that a boy can love a girl. Either way, most of the packed house stayed put — whether we all stayed awake is unclear, but simply remaining in our seat was a vote of confidence. The audience had become like that family cheering on a marathoner: Naomi, you can do it. You’re almost there. Kawase is almost past the finish line and waiting for her Palme. So maybe we were just cheering on ourselves.

Ask the Maester: May-December Romances, Escaping to Essos, and the Targaryen Clan