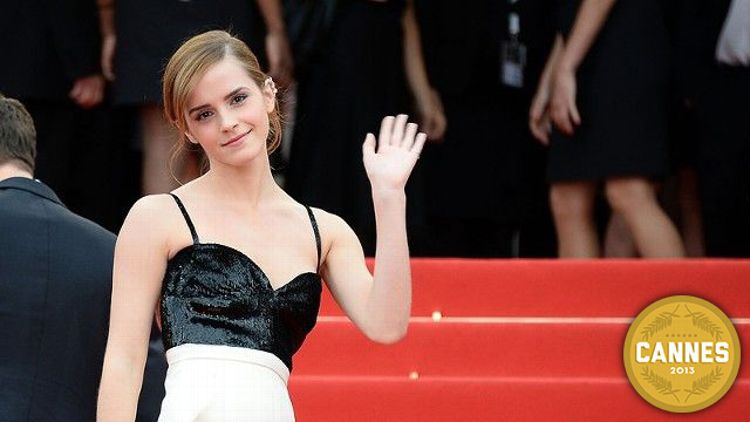 Day 1 of this festival is usually the great unveiling. Day 2 begins the collective carping: Why on earth is this film up for the Palme d’Or and not this other one? The two major programs here — the main competition and the second-tier slate, Un Certain Regard — have very different outcomes. One puts you in the running for a handful of prizes, this year from the Steven Spielberg jury, no less. The other tends to make people scratch their heads about why the likes of Spielberg won’t get to evaluate the films in it. The bafflement began in earnest today with the premiere of The Bling Ring, Sofia Coppola’s teen caper movie in which a handful of affluent kids steal the stuff of famous Hollywood people.

I don’t know that it was brave of Coppola to turn Nancy Jo Sales’s Vanity Fair article into a movie, but I’m impressed by her unself-consciousness in repeatedly X-raying lives of privilege — be it the lives of artists, royalty, or losers. She’s not the kid in college who dressed like a hobo while her family’s name was etched into a building or two. She’s proud of her Coppola-ness and legitimately curious about the side effects of prosperity — ennui, aspiration, perversion, delusion, decadence, mono- and megalomania. In another person’s care, The Bling Ring could have been a total satire, and there are certainly satirical bits, like having Leslie Mann play the sort of dingbat mom who homeschools her kids with that life-improvement cult-fad The Secret. But Coppola is up to something smarter than a pure lampoon. She zeroes in on the universal insecurities that would turn lots of teenagers, of every class, into followers: the dream of being cool.

Her case in point is a kid named Marc (Israel Broussard), who’s just been transferred to Indian Hills, allegedly the screw-up’s public high school. He’s immediately befriended by Rebecca (Katie Chang), the kind of girl E! would call a glamazon. These two bond over their love of clothes, and when he tells her that a friend is out of town, they drive over to the empty house and she exits with a Birkin bag. Soon, despite his increasingly weak objections, they’re looking up celebrities’ addresses on the Internet and dropping in on them. Coppola makes the jobs look easy because they are. Rebecca surmises that Paris Hilton probably leaves a key under the doormat, and, bingo, there’s a set with an Eiffel Tower trinket. Eventually, the duo expands to a group, including two besties played by Emma Watson and Taissa Farmiga, and the scope of the homes they rob swells to include those of Orlando Bloom, Megan Fox, Audrina Patridge, and, Rebecca’s holy grail, Lindsay Lohan.

The movie opens this summer, and I’ll write more about it then. But there are so many captivating things about what Coppola’s done. Without putting too fine a point on it, she allows you to lament the degraded nature of stardom and consider the pointlessness of materialism. There’s a clip of Patridge babbling on an entertainment news show, and you can’t quite believe the moment when she and The Hills really were a thing. There’s the gentle way Coppola identifies with Marc without trivializing the cunning of his girlfriends. In one of her many wonderful-looking scenes (Coppola’s dedicated the movie to the brilliant cinematographer Harris Savides, who died during production), Marc gets high, flips his hair, strokes his baby face, and lip-synchs to Ester Dean and Chris Brown’s “Drop It Low” in the black-and-white of his laptop camera. There’s something sweet in the way he mouths the words “booty, booty, booty” then turns his backside to the screen and proceeds to booty-pop. He seems free. This is about as humane a movie as you can hope to get from something as ridiculous as these crimes. Coppola know this is material that mocks itself, so she steers the decadence someplace sadder than farce.

Who knows how The Bling Ring would have fared in the main competition. It might seem too fatuous for the Serious Artists on the jury, several of whom I really like. They also won’t get a crack at Ryan Coogler’s Fruitvale Station, the movie that conquered Sundance, winning the top two prizes and the potentially lucrative promise of a Weinstein Company distribution deal. The film — about the hours leading up to Oscar Grant’s death on a BART station platform, at the hands of a cop — made its European debut today. I’m not as crazy about it as most people who’ve seen it, but I get the standing ovations and gallons of tears. I just don’t know that it’s the filmmaking that’s got people so upset as much as it is the sense that gross injustice was committed. Either way, it’s in Un Certain Regard, and this being Coogler’s first film, he’s eligible for the Caméra d’Or, which he could certainly win.

Today’s big competition film — Jia Zhangke’s A Touch of Sin — is very much in the same X-raying, docu-realism family as the Coppola and the Coogler. But it has a grander scope than either of those movies, one that might appeal to certain jurors. It’s just shy of epic. For years, with movies like Unknown Pleasures, The World, Still Life, Useless, and 24 City, he’s been committed to examining the ways in which China’s rapid development has come at the expense of its citizens, but he’s achieved that incrimination obliquely, with art. Naturally, the government didn’t know what to make of his dreamy pacing and trademark visual irony. They didn’t seem to mind his critic bent or were too distracted by his poetry and pageantry to notice.

This is the first of his films to directly address the national mood. It’s also the first to apply conventional entertainment practices — martial artistry! Knives! Guns! — to that pursuit. The result is a strange hybrid of other people’s movies (namely, King Hu’s A Touch of Zen) with the social prerogatives of Jia’s own. Sin is four different bad-news ballads taken from different stories in disparate Chinese regions. It begins with a comically agitated miner and ends more than two hours later with an aggrieved sweatshop worker.

What happens in between is shocking for at least two reasons. The first is that the film has been conceived in a key of realism that mixes professional actors and people Jia’s discovered. The presiding tone is downbeat. Then characters are beaten in the head with a shovel, blasted across the room by a shotgun, or gashed with a switchblade, and the blues turn momentarily blood-red, while the demeanors of these carefully drawn characters suddenly flirt with the physical exaggeration of your average wuxia adventure.

Reconciling the switch results in a kind of cognitive dissonance. Social outrage is exploiting the body language of a form of mass entertainment. That brings me to the other shocking thing about this movie. Without abandoning his talent for thematic set pieces, usually involving performance, Jia argues unambiguously that the country’s oppressive social conditions are fomenting inexorable rage. He’s saying that the fantastical movie violence that for so long has been relegated to ancient times or to the organized-crime genre has the potential for outbreak in the offscreen present. As much as A Touch of Sin seems like a documentary-style lament, it also feels like a warning. If Jia wanted his government’s full attention, I’m betting he’ll get it.

Kanye and Ben Affleck March Joylessly Through Their SNL Promos

Grantland Reality Fantasy League: Was This the Greatest Survivor Season in Modern History?