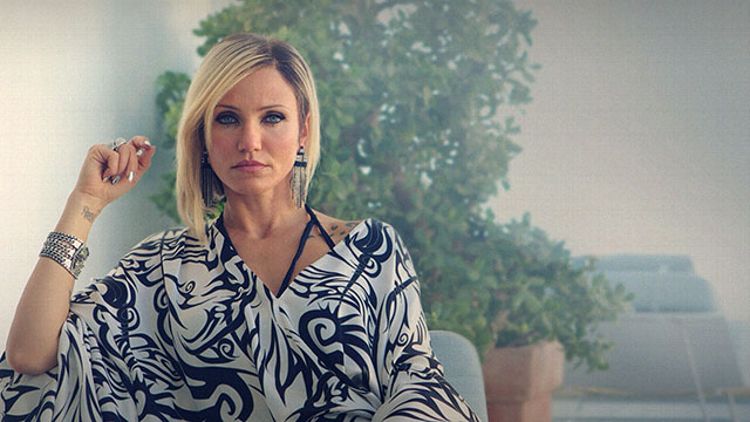 This is real, this is not a viral vid, this is a thing that happened. According to The Hollywood Reporter, some spoilsport Fox execs demanded that Cameron Diaz’s originally recorded dialogue in Ridley Scott and Cormac McCarthy’s The Counselor be dubbed over with something a little more sane-sounding, because lines like “The hunter has a purity of heart that exists nowhere else” should definitely be said in as normal a voice as possible.

The Rihanna-ism may have been missing in the ADR, but the scarred handful of us who did go out to see The Counselor over the past couple weekends probably couldn’t help but notice a bit of RiRi flavor running throughout Diaz’s look, all the way down to her asymmetrical haircut and gold tooth. And I’m willing to bet Rihanna caught wind of Diaz’s Ferrari love scene and promptly screamed, “Bitch stole my next music video concept!” at the closest assistant. So now I’m wondering how much of this is accidental, and how much was a result of Cammy D hauling Cormac McC’s script back to her compound, opening to the first page and realizing her character was supposed to have some kind of Caribbean origin (??? Was she? She still has a hint of an accent in the rerecorded lines, which THR describes as a “Barbados lilt,” but I don’t know, there were so many other distracting elements in play that I didn’t notice), and promptly booking the PJ for a good month of job-shadowing with Robyn Fenty, where she eventually learned to embrace the lifestyle of a well-manicured island dominatrix. It goes without saying that I would watch that buddy comedy. Man alive, despite the quality of her performance (bad — the quality was bad; let’s all agree that this was not a good performance), Cameron Diaz in The Counselor is the gift that keeps on giving.

We Tried to Go There: Matt Lauer's and Al Roker's Today Prostate Exams