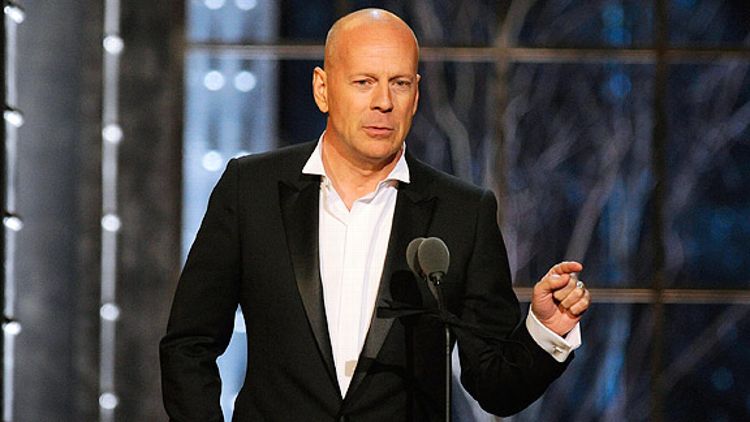 Bruce Willis is negotiating to star in the increasingly weird-seeming G.I. Joe 2: Retaliation as Joe Colton, the original Joe. He’d join Dwayne Johnson, Adrianne Palicki, and RZA, and be inexplicably directed by Jon M. Chu, the guy who made the Step Up movies and Justin Bieber: Never Say Never. Grade: B [HR]

Oren Moverman (The Messenger) is writing and possibly directing The Terrorist Search Engine, a movie based on Wesley Yang’s recent New York magazine profile of Evan Kohlmann, a young, Internet-savvy, counter-terrorism expert who earned the nickname “the Doogie Howser of Terrorism” for his testimony leading to the conviction of nearly 24 jihadists. Scott Rudin will produce and Jesse Eisenberg may star (“That’s thousand. Twenty-four thousand jihadists”). Grade: A [Deadline]

It’s been out for only two weeks but it’s made a smurfload of money, so The Smurfs is officially getting a sequel — and it already has a release date: August 2, 2013. Neither director Raja Gosnell nor stars Neil Patrick Harris and Hank Azaria are signed up to return, but we trust that Sony’s first priority is maintaining the integrity of the franchise, so we’re not worried. Grade: D [Deadline]

Mireille Enos from AMC’s The Killing will join Ruben Fleischer’s Tales From the Gangster Squad, which probably does not bode well for the movie’s ending. Grade: B [Variety]

HBO is adapting Tom Perotta‘s next novel, The Leftovers, into an hour-long drama series. Leftovers will follow the people of a small suburban town left behind after the Rapture. Grade: A [Variety]

Anchor Bay just picked up Kevin Spacey‘s Father of Invention, about an inventor whose product injures a few thousand customers, landing him prison. Upon his release eight years later, he tries to rebuild his business and reconnect with his estranged daughter. Heather Graham and Camilla Belle round out the all-star cast. Grade: C- [Deadline]

The news gets worse before it gets better, readers: Roadside Attractions will distribute Answers to Nothing, a movie with interlocking stories that all connect to a child’s kidnapping. Dane Cook stars. Grade: D [Deadline]

Harvey Weinstein and Ryan Seacrest will team for ABC’s TV adaptation of the book The Nanny Diaries, to be written by Gilmore Girls creator Amy Sherman-Palladino. Grade: B [Deadline]

Matt Dillon has joined Kristin Wiig’s increasingly starry Imogene, about a woman who fakes a suicide attempt to win back an ex-boyfriend but instead winds up in the custody of her gambling-addicted mom (Annette Bening). Dillon will play Bening’s love interest. Grade: B [Deadline]

Remember those fake movie trailers that were the best part of 2008’s Tropic Thunder? Ben Stiller’s Red Hour Digital is currently drafting filmmakers to shoot a dozen more and release them separately online. Grade: B+ [Deadline]