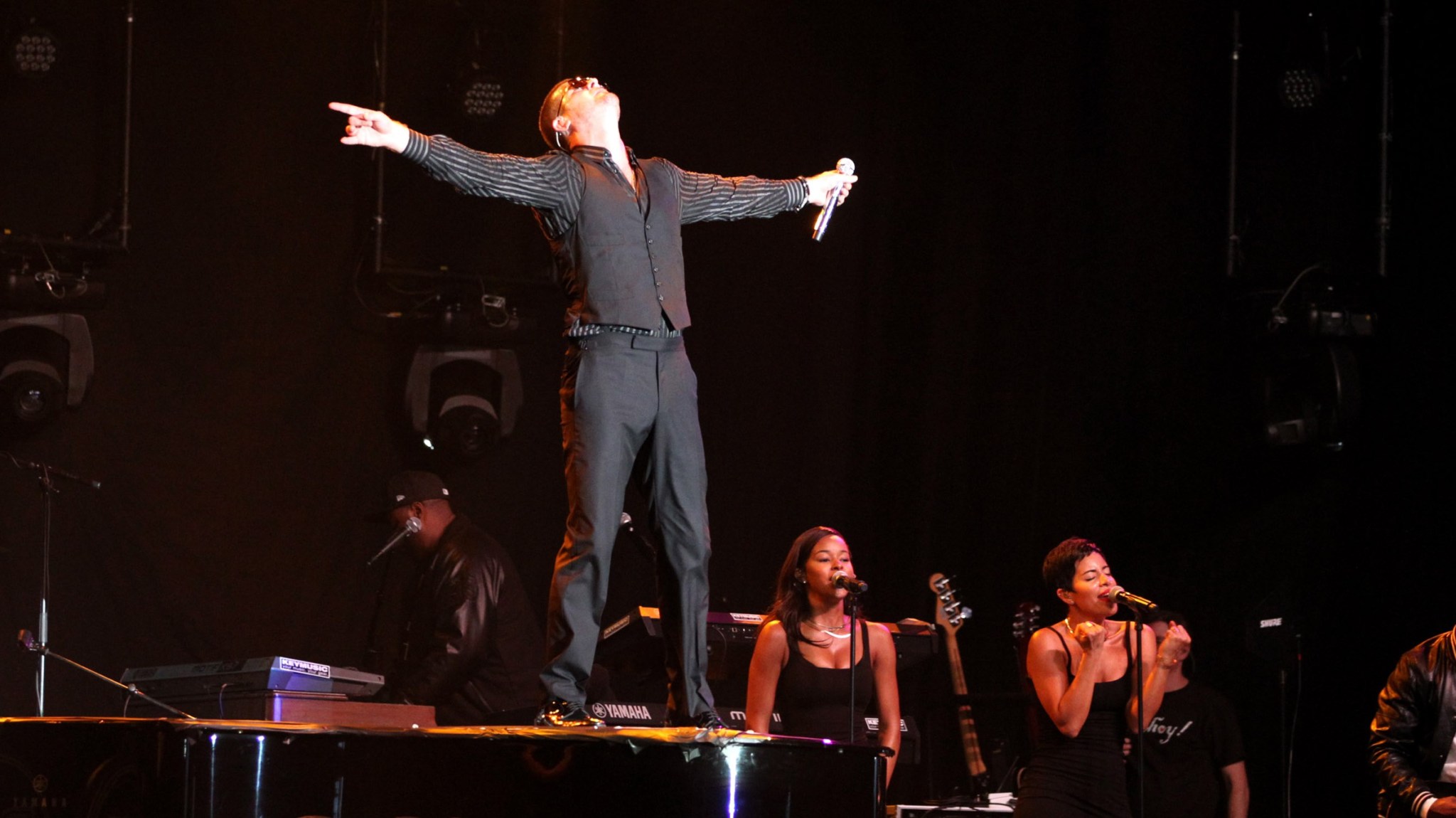 No celebrity in recent memory has done more to remind us of the incessantly debilitating effects of fame than Robin Thicke — and he didn’t have to develop a severe drug addiction or die to do it! It started with the dissolution of his marriage to the generally well-liked Paula Patton and the increasingly discomfiting public campaign he waged to win her back; it has kept going with the “Blurred Lines” lawsuit, in which Thicke’s camp is fighting against Marvin Gaye’s kids over whether Thicke’s forever-divisive smash single ripped off Gaye’s “Got to Give It Up.”

Just this week, the text of a deposition from the lawsuit has surfaced, thanks to The Hollywood Reporter, and we learned all kinds of things: Pharrell actually wrote all of “Blurred Lines”! And Robin “didn’t do a sober interview” all year! And Norco “is like two Vicodin in one pill”! Cringe-inducingly embarrassing, to be sure. But it’s also, in a roundabout way, endearing. If the album push around Paula was Thicke at his worst — selfish, emotionally tone-deaf, and brazenly calculated — then the deposition is, at the very least, Thicke at his most bare.

Robin started out as a bit-part curio: Alan Thicke’s son wants to be a sultry R&B dude, ha ha what a dummy. But then it turned out he was sort of dope. TELL ME HONESTLY you didn’t rock with that one where he’s a sexily scruffy bike messenger.

And for a bit there, he even held down the John Mayer Memorial Award for “corny white dude whom rappers think is cool for some reason.” Peak-of-his-powers Lil Wayne took Thicke’s “Shooter” to announce his presence: “SO MANY DOUBT CAUSE I COME FROM THE SOUTH BUT WHEN I OPEN MY MOUTH ALL BULLETS COME OUT.” Dropping a verse for Fabolous’s “Brooklyn,” pre-fall Jay Z borrowed it too: “I’m on my Robin Thicke shit / shit ever gets thick, back to robbing n​-​-​-​-s quick.”

All of which is to say that he had a perfectly good little boutique career going when “Blurred Lines” came around and made him an inescapable radio presence. It was all lovely for a little while. The song was a banger and well timed: With Justin Timberlake making his long-anticipated return to music — but doing so, like, all responsibly or whatever — Thicke got the benefit of the doubt. “Justin Timberlake has decided to become a retro-soul man, ­boring everyone stiff with windy, hook-starved jams,” New York Magazine wrote. “As for Thicke: Here he comes, pompadour bobbing, while a half-naked girl writhes in front of some balloons that spell out the sentence: ROBIN THICKE HAS A BIG DICK.” And then came all the slips.

The rightful backlash and conversation around “Blurred Lines” began with the forever-sticky declaration that it was “kind of rapey”; eventually, that naturally latched itself onto Thicke when he avoided any responsibility in Miley’s 2013 VMAs controversy. Then came the messy separation from Patton, with disclosures of infidelity and heartfelt confessions given to, uh, TMZ. Paula was supposed to be an unabashed, bold declaration of love. But with Thicke driving home the point with all the subtlety of a free-falling piano, it felt more like an invasion of privacy. We all just wanted to look away.

Reading the text of the deposition, though, we finally can remember that Robin Thicke is a human being. It’s not like he’s offering up tender apologies. In fact, he’s mostly deploying all kinds of annoying lawyer-taught deposition tactics, refusing to concede even a sliver of similarity between “Blurred Lines” and “Got to Give It Up.” As the representative for the Gayes plays a mash-up of the two songs purporting to line up their overlaps, Thicke fires back, with stuff he probably thought up in the car ride over: “It’s like nails on a fucking chalkboard. … This is [like] Stanley Kubrick’s movie Clockwork Orange. Where he has to sit there and watch. … Mozart would be rolling in his grave right now.”

There’s way more. He concedes all credit to Pharrell, and in just completely demeaning fashion: “To be honest … I was high on Vicodin and alcohol when I showed up at the studio … by the time, nine months later, it became a huge hit … I wanted credit. So I started kind of convincing myself that I was a little more part of it than I was … the reality is, is that Pharrell had the beat and he wrote almost every single part of the song.” Then: “I wish I could take the credit for it. But my new album’s great, wait till you hear that one.”

Over and over he distances himself from any kind of influence by Marvin Gaye, and it’s slimy. But even if he is being evasive, the net result is an odd, self-damaging kind of candidness: “I didn’t even use the Marvin Gaye thing until everyone started saying to me ‘Hey, it’s reminiscent of the Marvin Gaye song.’ And I was like ‘Well, yeah, that was my idea.’” This is some truly Kenny Powers–type shit right here.

Q: Do you consider yourself an honest person?
A: No. That’s why I’m separated.
Q: Do you make it a habit of being dishonest when giving interviews?
A: When I do — when I give interviews, I tell whatever I want to say to help sell records.

And a little bit later:

Q: Do you pick and choose when to tell the truth?
A: Absolutely not. I told my wife the truth. That’s why she left me.

It goes on, Thicke slipping between sticking to the prepackaged evasion routes and coughing stuff up. His own lawyer chides him: “You don’t need to volunteer anything … no stream of consciousness.” Hearing “Blurred Lines,” Thicke reminisces on how good his voice used to sound, and muses that he should stop smoking. He apologizes to the Gayes’ lawyer for “call[ing] you a dick earlier.” He says, “It’s all dollars and cents. Everyone in this room has a house and a fucking car.” But then: “There’s bigger problems. Penthouse problems.”

A: Every day I woke up, I would take a Vicodin to start the day and then I would fill up a water bottle with vodka and drink it before and during my interviews …
Q: A water bottle like the one in front of you right now …
A: Yeah, just about that same size … this is water, by the way.

This stuff, at least as far as we know, was said under the assumption that it’d never be released publicly. And it goes on and on, an attempt to have every spare beat of his train wreck year present and accounted for. But it’s also sad and scary. And maybe by the end, you just want the best for Robin.