Re/Code: Benedict Cumberbatch and the Exasperating Tedium of ‘The Imitation Game’ 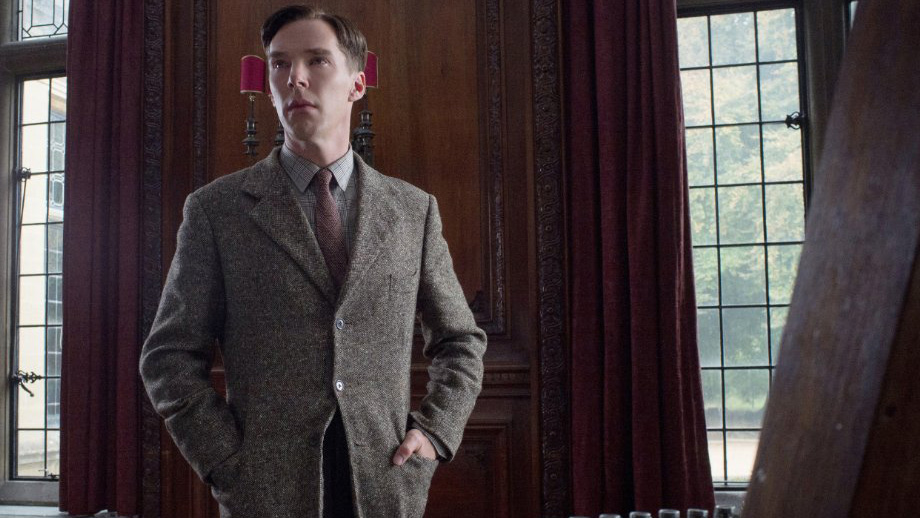 Setting aside some profanity and half a dozen conversations about being gay, The Imitation Game could have been released without much trouble in 1951, the year in which a lot of the story is set. It actually might have been more enjoyable as an old mid-scale, black-and-white drama by the director Joseph Losey. As it is, the movie has a tiresome sense of old-fashioned propriety. Not only can you catch the whiff of mothballs, you can also smell the ersatz good taste. This is the sort of film — British, it must be said — in which a character huffs, “I’m leaving,” before attempting to exit a room.

The Brit is Alan Turing, the mathematician who, during World War II, invented one of the first computers. He built that computer for British intelligence to de-encrypt the Nazis’ communication system, Enigma. A character study keeps trying to poke through the main code-breaking plot, courtesy of opportunistic jumps in and out of three decades. The scenes in 1951 involve a Scottish detective (Rory Kinnear) looking into a burglary at Turing’s apartment. He thinks Turing (Benedict Cumberbatch) could be a spy. Turns out Turing’s just gay and the gentleman he just had over has robbed him. But the investigation persists, so that Turing can wind back the story to the early 1940s for the detective and for us.

As played by Cumberbatch, Turing cuts a righteous, snooty figure. Not far into the war, he applies for a job at Bletchley Park, home to the Government Code and Cypher School, deciphering German transmissions as part of a small MI6 team whose other members he deems intellectually inferior. After Turing angles to get a pair of them fired and earns the testy disdain of the two remaining guys, the agency’s chief, General Stewart Menzies (Mark Strong), says to him, “Popular at school, were you?” Of course he wasn’t! Here come more flashbacks — this time to 1928 — that prove it!

As a boarding school student, young Alan (Alex Lawther) is tormented for being fussy. He falls into a bond with Christopher (Jack Bannon), the one kid who finds specialness in Turing’s neuroses and brings to the surface Alan’s nascent homosexual stirrings. These passages get doled out like spoonfuls of Jell-O. Out they come whenever a biographical explanation is needed for Turing’s behavior, either in wartime or in 1951. Once, on the movie’s way back to the 1940s, Christopher turns into Momma Gump. “You know,” he says to Alan, “it’s the people no one imagines anything of who do things that no one can imagine.” Dear potential eye-rollers: Pace yourselves. That line later comes oozing out from the mouths of two other characters.

The appearance of Keira Knightley, in the code-breaking scenes, threatens to disrupt the standardized proceedings. She plays Joan Clarke, the Woman on the Team. Clarke’s family objects to Bletchley’s all-male environment, but Turing knows she’s too talented to lose to the secretary pool or plain old domestication, so he proposes marriage and she accepts. But even that development gets the by-the-handbook treatment. There’s nothing to her character, so she doesn’t have much to play beyond another pillar for Turing. The same goes for Strong and Charles Dance, as an intelligence officer, and Matthew Goode and Allen Leech as members of Turing’s team.

The job of sustaining our interest falls to Cumberbatch, who stuffs his performance with verbal and physical tics. If The Imitation Game works at all as a movie (it doesn’t), it’s because of him. But even in the moments that do succeed, the star is aware his film won’t fail to portray Turing in a less than rationally noble light, so he’s free to play the brilliant snob to the hilt, knowing moral history is on his side. Cumberbatch is the clammiest-looking actor in the movies. He has the skin of a stomach that an alien is about to climb out of. His big roles have all been covers — Sherlock Holmes, Star Trek’s Khan, Julian Assange. I’d like to see him excel at something other than imitation. As Turing, he tries to invest psychological interiority in a movie that has almost none.

One reason to object to the structure is that it requires almost no imagination to tell a story this way. The movie has been written by Graham Moore and directed by Morten Tyldum with all kinds of formula — baby or scientific, it’s all the same. This is another work about science that doesn’t trust us to sense intelligence, so, like everyone on that obnoxious computer hacker show on CBS, these smart people must consistently remind us of their brilliance. One of Turing’s fellow cryptanalysts, Hugh Alexander (Goode), describes Turing’s withering righteousness as an “irascible genius routine.” “We’re the best cryptographic minds in England,” says someone else.

The film is even less trusting of our sense of perception on the subject of Turing’s homosexuality. It wants to see it as more than a condition, but so many conditions are placed upon it. We’re never shown Turing’s being gay, only told about it. And much of what romance there is involves Turing’s relationship with Clarke. There’s no weight to the fact of his sexuality. It becomes a hinge for a slimy plot twist.

Adult homosexuality was illegal in England until 1967. Turing was convicted in 1952 for gross indecency involving his romantic relationship with a 19-year-old. Two years later, professionally ruined, he took his own life. The apparent cause was cyanide poisoning. None of this is in the movie, though in one of the opening scenes, the police happen upon Turing bent over, sweeping up spilled cyanide from the floor of his burgled apartment. It’s not a sick joke so much as a facetiously cut corner. The forced vigor and celebratory cheer that ooze all over the end of this movie are strange. The five or six cards of postscript that precede the closing credits are a dramatic fraud.1

Even in the 1960s, British movies — or movies with British subjects — were going for more. Dirk Bogarde played a gay lawyer in 1961’s Victim, a melodrama with the moral dread of something from Hammer Films’ mid-period. Cumberbatch is fine, but Bogarde would have made a great Turing, maybe even for Losey, a director he’d worked with a number of times and who knew what to do with internal and interpersonal conflict. This is Tyldum’s first Hollywood movie, but you don’t sense that he’s feeling his way. He’s obeying a tedious, crowd-pleasing, punch-pulling format. Which is to say that the walk from PBS’s Masterpiece to here is brief.