Before #BlackLivesMatter: Remembering ‘Hip Hop for Respect’ and Rap’s Response to Police Brutality 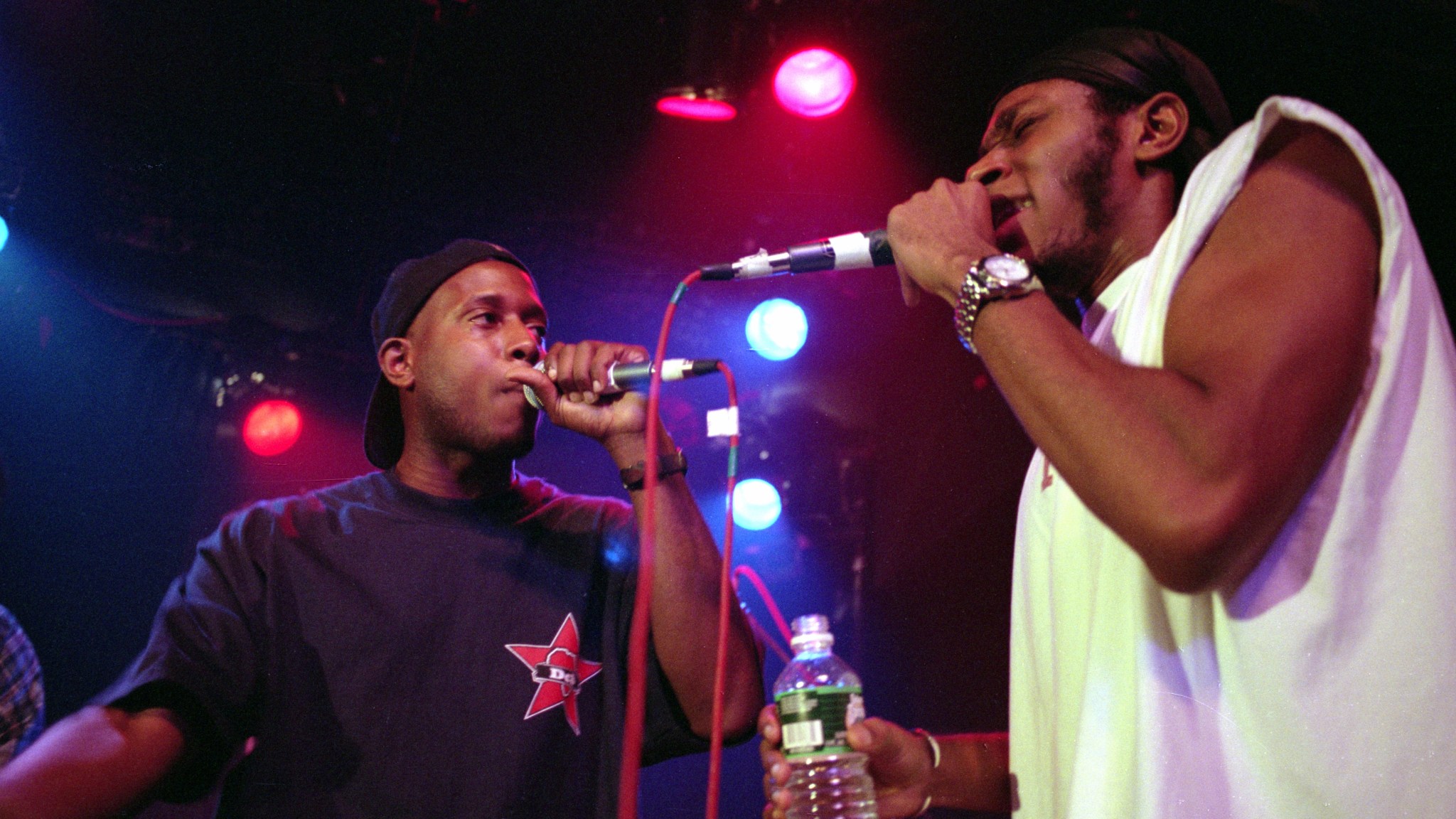 Just after midnight on February 4, 1999, four plainclothes NYPD officers shot and killed Amadou Diallo in the doorway of his Bronx apartment building. Diallo, a 22-year-old street peddler from Guinea, had no criminal record. There was no warrant for his arrest. His crime was resembling a suspected rapist wanted in the area.1 Diallo was unarmed. What the four members of the NYPD’s Street Crimes Unit — the now-defunct task force whose motto was “We Own the Night” — thought was a gun in Diallo’s hand was merely a black wallet. Two of the officers emptied their 9-millimeter semiautomatic service pistols. In all, 41 shots were fired. Nineteen bullets struck Diallo, who died at the scene.

Along with many New Yorkers, Talib Kweli and Yasiin Bey (then known as Mos Def), who were performing together as Black Star, were appalled by Diallo’s death. A number of demonstrations erupted throughout the city in the ensuing weeks, including a march across the Brooklyn Bridge led by the Reverend Al Sharpton. But the rappers searched for other ways to protest. Diallo’s death eventually served as the catalyst for Hip Hop for Respect, a four-song EP coordinated by Kweli and Bey that addressed the anger and fear bubbling in New York at the time. “I was inspired by artists who were directly involved in actions through music and beyond music that spoke to the need of the community,” Kweli says today. “I just thought that that’s what you’re supposed to be doing.”

In the midst of what seems like an endless procession of young black men dying at the hand of the police, Hip Hop for Respect’s message, unfortunately, still resonates today. 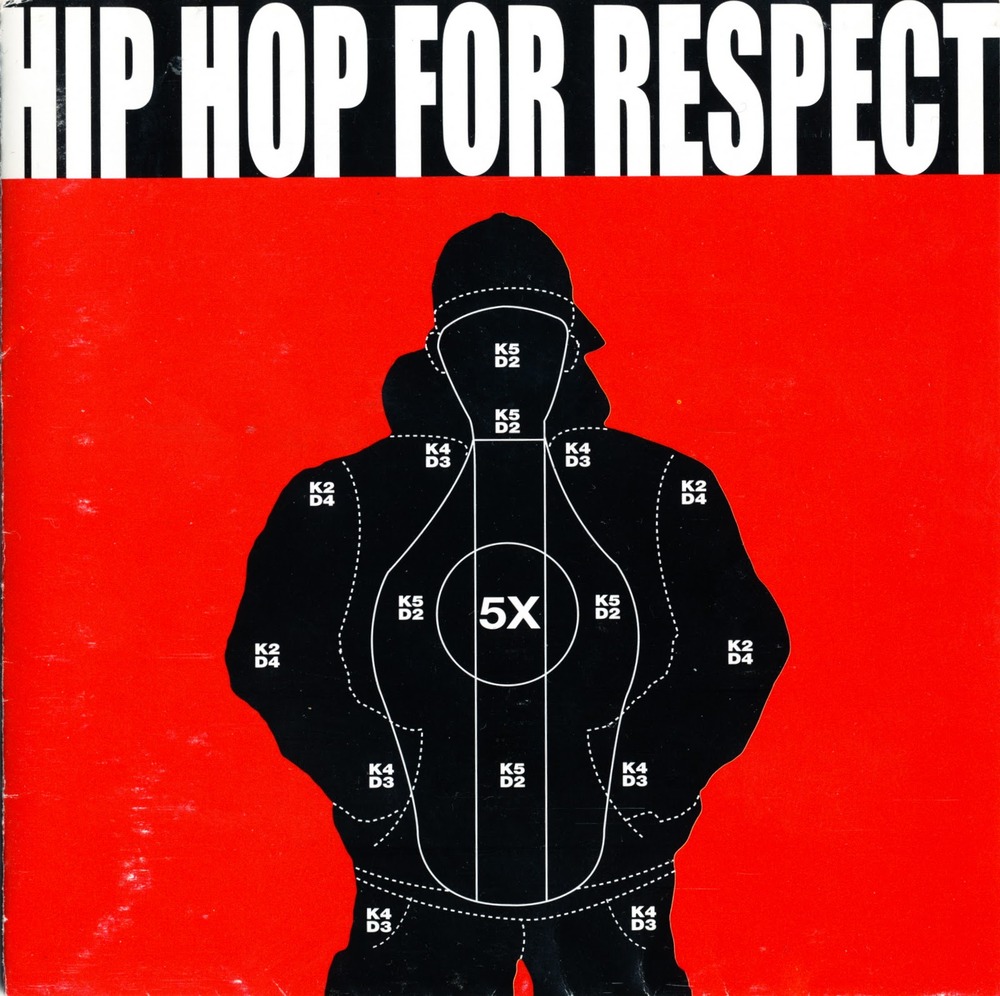 There were 2,605 murders in New York City in 1990. It’s an era often referred to as the “bad old days,” a time when the urban nightmare depicted in movies like The Warriors and New Jack City hewed close to the real thing. The city has transformed since then, replacing the squats and open drug dens that defined the crack epidemic with condos and farmers markets. The murder rate fell to 328 in 2014, a record low. What has changed?

The prevailing narrative is that the 1993 election of Mayor Rudolph Giuliani, a tough former prosecutor, initiated the turnaround. Like most white-knight-in-shining-armor tales, this one is brimming with myth and hyperbole. Crime plummeted in big cities throughout the United States during the 1990s, and had already begun declining in New York City before Giuliani took office.

Police tactics, however, turned more aggressive during his regime with the implementation of “stop, question, and frisk” and a commitment to “quality of life” policing — approaches that may have unjustly targeted minority communities.

“Back then, kids would hang out in the Village on West 4th Street and Washington Square Park. When Giuliani came into office, it immediately changed everything,” the rapper Jean Grae remembers. “There were cops on horses like, ‘You have to break this up. You are loitering. You can’t stand on this corner.’ It became us against them. It absolutely changed the navigation of what some of us as artists chose to start writing about.”

The death of Amadou Diallo spurred Kweli and Bey into action. Inspired by projects such as 1989’s “Self Destruction” and 1990’s “We’re All in the Same Gang,” Kweli, Bey, and the late Rawkus publicist Devin Roberson proposed the idea for Hip Hop for Respect: an all-star collaboration EP protesting police brutality, with the proceeds going to charity. Bey wrote a letter to the hip-hop community asking rappers to join the project. He wrote:

We come from communities that don’t have nobody to speak for them. Now I’m askin’ you and anybody who looks on this letter to come forward and show your heart … to love the people who love you back by speaking out against the injustices that they suffer.

Several artists answered the call. Recording began on Friday, April 23, 1999 at Sony Studios in New York. The sessions were sprawling, lasting for four days in several different studios. It was a serious atmosphere; Jean Grae, who appeared on the song “Protective Custody,” can still remember being kicked out of a recording session for “trying to lighten the mood.”2

While Roberson facilitated the project behind the scenes, Kweli handled A&R duties during production: deciding which rappers would rhyme over which beats and the general direction of the songs. He tapped Organized Noize, the Atlanta producers best known for their work with Outkast and TLC (“Waterfalls”) for “One Four Love, Pt. 1,” the centerpiece of the EP, ensuring that the most popular artists at his disposal — including Kool G. Rap, Rah Digga, Sporty Thievz, Common, Pharoahe Monch, and Posdnuos of De La Soul — would appear on the single.

“It wasn’t Diddy and Mase, but it was hip-hop artists getting radio play,” Kweli says.

The four-song EP (“One Four Love, Pt. 1,” “Protective Custody,” “A Tree Never Grown,” “One Four Love, Pt. 2”) was released on April 25, 2000 — two months after the four officers in the Diallo shooting were acquitted on all charges, and a month after the fatal NYPD shooting of Patrick Dorismond — but the response was “tepid,” in Kweli’s words. “One Four Love, Pt. 1” never cracked commercial radio and the video received little airplay from BET or MTV. It was a hard lesson for Kweli.

“I remember the reaction to ‘Self Destruction’ and ‘We’re All in the Same Gang’ and I feel like the radio embraced it and the video channels and the community in general embraced that movement,” he says. “Maybe I was naïve. Maybe it was because the companies that put those records out played the game and paid more money to market and promote it, or maybe we were just in a different time and space in terms of what was important to program directors. No one supported it, and that was a bit of a surprise to me because we worked hard on it. I was young and I was naïve and I know a lot more about the music business now. Now it doesn’t surprise me at all.”

Ultimately, Kweli lays the blames on his former label. “I think that if Rawkus had pushed that song the same way it pushed Mos Def’s singles, it would have been way bigger.”3

“Of course we pushed it,” Jarret Myer, a co-founder of Rawkus, wrote in an email. “We thought we were making history, but we also expected the media and DJs to embrace it more.”

“One Four Love, Pt. 1” would have been a tough sell to radio and video even with an unlimited promotion and marketing budget. Though the song’s artists had achieved some mainstream success, none were bankable stars — a Jay Z, DMX, or Eminem feature might have forced radio’s hand. Still, there was a militant tone to the EPs songs. “Laugh now cause soon the thrill stops / When heads get it on and start to kill cops,” Rah Digga raps on “One Four Love Pt. 1.”

“It was some serious stuff on the record,” Pharoahe Monch says. “I think the tone of the record was darker than ‘Self Destruction’ even though those songs were about similar topics. ‘Self Destruction,’ the melody of that chorus was a major tool.

I remind him of some of the lyrics, including his own line about “a vision of cops inside the Public Enemy logo.”

A few years ago, a teenager approached Kweli on the streets of Flatbush, Brooklyn. He was a rapper, or at least an aspiring rapper, who at first rhymed solely about “gangster or street stuff.” He told Kweli that he altered his subject matter after listening to Hip Hop for Respect. “The song opened his eyes to a different style of hip-hop,” Kweli says. “I feel like the overall impact we had over time, history favors it.”

Still, last summer, after the shooting of Michael Brown and the resulting unrest in Ferguson, Kweli never considered another protest anthem.

“Music is free at this point,” he says. “Game did a song for Ferguson. He had every popular hip-hop artist on it. It’s a great song. No one gave a fuck. It was posted on a couple of blogs for a few hours until there was another story.”

Instead, Kweli switched tactics. He was active on social media. He visited Ferguson. He performed two concerts to raise money for a back-to-school program and Mike Brown Sr. He gave interviews, including a combative exchange with CNN’s Don Lemon. He says he recognizes that today, a song can only go so far.

“There’s no coincidence that even though black people are 12 percent of the population, we make up 80 percent of the prison population,” Kweli says. “There’s no coincidence that we are shot down like dogs in the street. Will it improve? It will improve when that structure and that system no longer exists, and I don’t see that happening in my lifetime.

'The Right Reasons' Podcast: 'Hard Knocks' and 'Bachelor in Paradise'