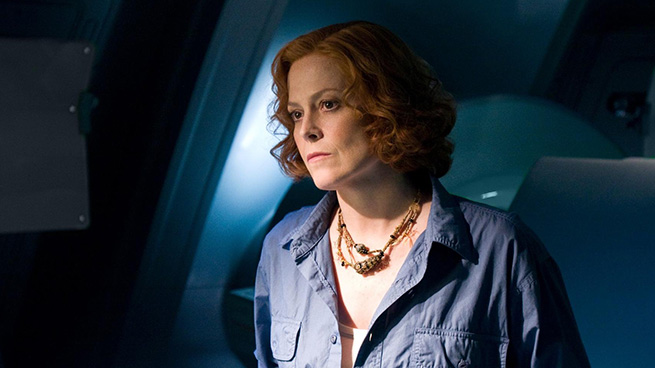 SPOILER ALERT: Sigourney Weaver died in Avatar. And why are we talking about this now? Well, because her character, Dr. Grace Augustine — that fearless protector of Na’vi culture/cigarette aficionado — has officially been revived by her plucky anti-death pal James Cameron. That’s right: We’re talking Avatar sequels!

The first movie came out in 2009, which seems crazy only because it’s the highest! grossing! movie! of all time! (well, only second all time when adjusted for inflation — Gone With the Wind over everything) and five years later we’re still not within actual sequel-release-date range. But now, at least, we’ve got chatter. Says our man Jim, via Deadline:

Sigourney and I have a long creative history, dating back to 1985 when we made Aliens. We’re good friends who’ve always worked well together, so it just feels right that she’s coming back for the Avatar sequels. Her character of Grace Augustine, as fans know, died in the first movie, so she’s playing a different and in many ways more challenging character in the upcoming films. We’re both looking forward to this new creative challenge, the latest chapter in our long and continuing collaboration.

Really like that Cameron’s reasoning doesn’t have much to do with actual plot concerns, coming down way closer to the “I felt like hiring my no. 1 stunna Sigourney again” side of things. He spent years slaving over the technology to create the visual delights of Avatar, and it made a crazy ton of money, so know he’s allowed to hint that he knocked out the screenplay as the most after-y of afterthoughts. Basically: Forget it, Jake, it’s mystical blue-people spirit-tree land.

By the way, the sequels won’t have to bend over backward figuring out how Dr. Grace will return to us. As this very helpful James Cameron Wiki reminds us, after Weaver’s character is injured in the movie’s climactic battle scene, her “human form” is brought to “Neytiri and Mo’at at the Tree of Souls, in the hope that they could transfer her consciousness into her avatar form, but she was rendered too weak by her wounds and the transfer failed.” Sad, not NOT hopeless — “Before she died at the foot of the Tree of Souls, she told Jake that she was with Eywa.” So presumably, Eywa lets her bounce out of heaven, and her spirit lands in some other corporeal form? Or maybe it’ll be a more successful version of one of the old Ripley clones?

Anyway, let’s not forget what’s really at issue here. These Avatar sequels — there will be three of ’em, and they’re being shot back-to-back — are coming. (We get the first one in December ’16, then the next one exactly a year later, then one more a year after that.) And when they do, it’s gonna be full cultural immersion. Whether you like it or not, you will have to have an opinion on the sacred, dangerous, oh-so-sexy beauty of far-away Pandora. Enjoy this Cameron-and-Na’vi-free time now, my friends. It’ll soon be as precious a commodity as Unobtainium.