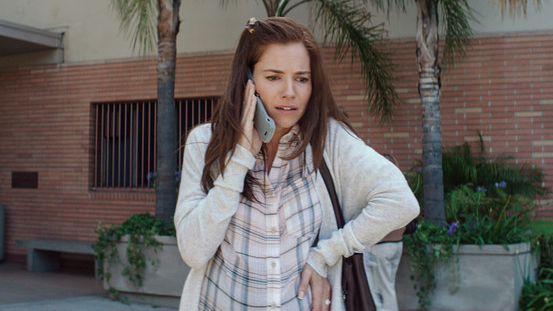 In two Oscar-nominated PRESTIGE™ films released this year, Sienna Miller — star of British gangster opus Layer Cake, tabloid-dissected ex of Jude Law, and, prior to 2014, a leading candidate for the “Huh, I Wonder What’s Up with [Blank]?” Award — played basically the same role. This role could loosely be described as “Wife Crying on Phone,” and, taken in aggregate, its separate, similar iterations suggest what we already know — which is that, despite Russell Crowe’s most enthusiastic mumblings, Hollywood is bullshit if you’re a woman in her mid-thirties. And yet: It isn’t quite that simple. Because Sienna Miller is BACK, and her 2015 slate is more crowded than buff Bradley Cooper’s suit, and nobody even remembers that whole thing with the nanny. And yet, and yet: What have we wrought? Let’s investigate.

Miller’s career is very much a study in momentum. Layer Cake came out in 2004. She parlayed that into three straight respectable efforts, if not game balls: 2004’s Alfie, with Law; 2005’s Casanova, with Heath Ledger; and 2006’s Factory Girl, with Guy Pearce. (Guy Pearce once played Andy Warhol, because Guy Pearce is the God particle.)

Following Factory Girl, that momentum shifted. With titles like Interview, Stardust, The Mysteries of Pittsburgh, Camille, and The Edge of Love, Miller’s late-2000s résumé reads like a list of fake movies that characters would be working on in real movies. Despite their almost complete anonymity, these films all featured stars aside from Miller, which lends itself to the idea that the problem wasn’t necessarily her marketability or skill — it was her shot selection. 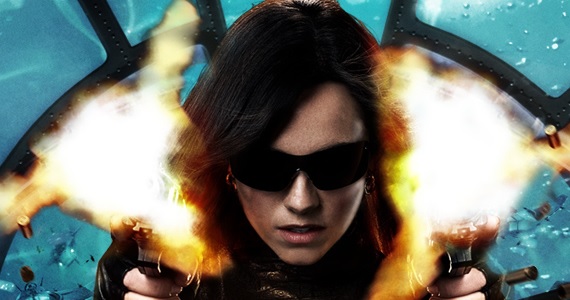 In 2009, Miller was featured in G.I. Joe: The Rise of Cobra, which … look, it happened, that was an actual movie, and we all need to deal. She went underground, then, until 2012, resurfacing with a few indies that had even less wattage than her work in the late ’00s. She also gave birth to a daughter. Becoming a mother, choosing smaller roles, and the whims of Hollywood all certainly played a role in Miller’s fading from the public eye, but they served another purpose, a longer con that, if she had it in mind the whole time, might make her one of entertainment’s great geniuses. After a decade of slow disintegration, Sienna Miller had become a cipher. She could retool completely.

You are Sienna Miller. Take a second to enjoy your elegant blonde hair, which is like gold cotton spun through a loom. You are ready to get back to work, but in a real way. You’ve developed as an actress, and you have a mind toward reintegrating yourself into the industry, as a serious presence — the kind of person they talk about alongside awards and auteurs, not the Daily Mail’s circulation rate.

If you were a man, what would you do? You’d pull a Gyllenhaal: You’d go rangy and serrated; you’d anchor small, ambitious films. Or maybe you’d mix in a little heavy television and bravura striptease, à la Matthew McConaughey, or go back to your roots like Ben Affleck, make a movie about Boston, do some crunches. Before the more sensitive among us cry out, “Sienna Miller isn’t Jake Gyllenhaal/Matt McConaughey/Ben Affleck!” spare your vocal chords: I know this. But it doesn’t change how the options available for a comeback or reinvention are very different for men than they are for women. Because I can damn well assure you that none of these three guys, in the process of reimagining their careers, would’ve ended up as subordinate husbands and vessels of grief.

SPOILER ALERT, in case you consider real life a thing that can be spoiled: In both Foxcatcher and American Sniper, Sienna Miller’s husband dies. He is shot and killed, always by someone he wouldn’t expect, though you, the viewer, having just watched 95 percent of these two sweaty and conspicuous films, know exactly what is about to happen, even if you’d never heard the names John du Pont or Chris Kyle before entering the theater. In both movies, Miller’s character exists to mourn her husband, whether it’s continuously and with increasing panic, as in American Sniper, or all at once, in a burst of agony, as in Foxcatcher. In real life, these women had depth and character apart from their husbands; in these movies, they do not. 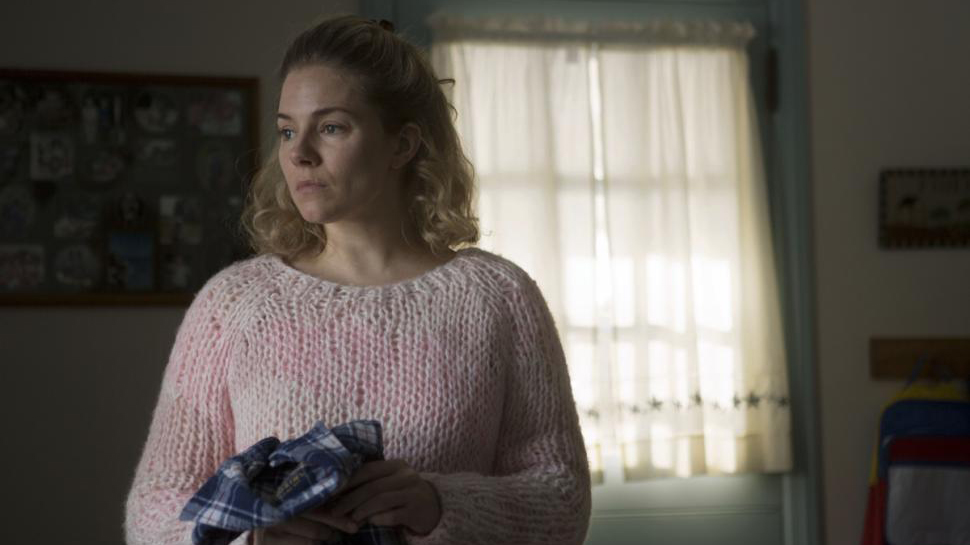 Because both Foxcatcher and American Sniper are close-third-person portrayals of a few select characters, you could make the argument that diving too deep into the lives of Nancy Schultz and Taya Kyle would’ve been untrue to the storytelling device, as well as the perspective of their protagonists. WHATEVER. This is a different conversation from the one I’m having right now. Could there have been other roles on Miller’s plate that she turned down? Sure. Are these bad or unimportant roles? Not at all. Did she want to play these roles? Almost certainly. But when Sienna Miller broke into PRESTIGE™ acting, she had to play two parts defined by the trials and deaths of their onscreen husbands. Hollywood is as public-facing as any industry, but sometimes, it really shows its hand.