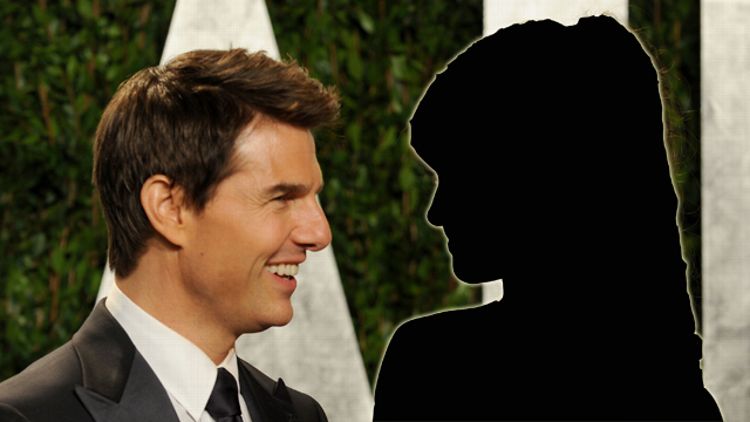 It’s the end of an era. A culture-defining, couch-jumping, Matt Lauer–berating, Brooke Shields–bullying, publicist-sacking, psychiatry-denying, temporarily-career-enfeebling, tabloid-enriching, adorable-clonebaby-producing, Beckhams-befriending, hairy-fat-suit-wearing, Burj-Dubai-scaling, Def Leppard–singing era. The end of an era we all hoped would last a billion years, but which, in the end, spanned a mere five. But doesn’t it seem like they’ve been together forever? You know what they say: Time flies when you’re secretly recording your escape plans in a journal you hide inside a hollowed-out Build-A-Bear in the nursery.

If this is the first you’re hearing of the news, please briefly exit your spider-hole, feel the warmth of the sun on your face, and let that sink in for a moment. OK? Now let’s find Tom some candidates for the next Mrs. Cruise. He doesn’t like to be alone; he has so much love to give, so many magazine covers to offer, the GDP of Gambia in the bank. Sure, he’s on the road 200 days a year, flinging himself off skyscrapers and outrunning sandstorms, but that just means he needs a new companion for his travels.

As Grantland’s culture editor and resident Cruiseologist, it falls to me to evaluate the nominations of our staff, who have dropped everything to play matchmaker to the world’s suddenly most eligible bachelor. As far as criteria goes, availability is crucial; Tom is not the home-wrecking type. Relative celebrity is a paramount concern, as is age; points will be deducted from candidates who are too established, successful, or old to benefit from the Cruise Bump.

Chris Ryan: This is a layup. Cruise is currently in Iceland shooting Oblivion, a sci-fi epic, due to be released sometime next year. Kurylenko, whom you may remember from Casino Royale Quantum of Solace or, if you’re home watching the Timothy Olyphant Starz channel (TIMSTARZ) late at night, Hitman, is his co-star. This is Penelope Cruz all over again. Foreign-born, little-known (for non-TIMSTARZ subscribers), perfect timing for a movie’s PR cycle. If this was really on the board, Vegas wouldn’t be taking bets anymore. Olga could probably stab Katie Holmes in the face with a high heel before looking at her twice. In Ukrainian, “SURI” is just another word for heartbreak.
Verdict: Logical but very risky. Cruise has an established pattern of attaching himself to his co-stars — where else is he going to meet somebody, at a Celebrity Centre brunch mixer? — but with the divorce announcement still so fresh, Holmes’s publicist could easily spin this into home-wrecking territory. Cruise wouldn’t tarnish his brand like that. They’ll soon be rumored to be dating, but ultimately he’ll go with a safer choice.
Odds: 6 to 1

Emily Yoshida: 24. 5-foot-10. Visibly desperate to shake off the CW stink, but can’t get a breakout film role to save her life. Enough of a blank slate for a quick and painless auditing session. I give this one five years — just long enough for her to finagle her way into a 2017 Batman reboot.
Verdict: Her agent is already calling his people. Repeatedly. They’re leaving messages, sending over muffin baskets, hiring a helicopter to fly above his compound and air-drop thousands of her head shots onto his lawn. “Too desperate,” he says, waving a dismissive hand as his assistants crowbar open the crate containing the Blake Lively RealDoll they’ve just couriered over to his office. “She wants it too much.”
Odds: 7.5 to 1

Mark Lisanti: Makes far too much sense not to throw out there, even though it essentially violates every rule we’ve established. She’s Scientology-friendly, has her own suspicious, combusting marriage to disentangle herself from, and they’ve already spent a lot of time together. Sometimes the person you’ve always wanted has been with you all along. Man, that’s a great tagline for their first movie together.
Verdict: Love this one. Solves so many problems at once. Great job, me.
Odds: 10 to 1

Bryan Curtis: She’s happily married. So was Cruise five minutes ago. To quote Simmons, “Who says no?” It’s like Jerry Maguire 2: so sensible that it probably can’t possibly happen.
Verdict: Probably no less plausible than Jada.
Odds: 10 to 1

Sean Fennessey: Consider this: McAdams has actorly cred. Gosling cred. Canadian cred. Her visibility is just right — women like her, men think she’s attractive but not a sex object. She’s got the red-carpet smile-and-stay-composed gene. She’ll never be as famous as he is. No kids, but she’ll be a surprising 32 years old in November. And she came of age when he became a movie star, so there’s probably some latent adoration there. Book it.
Verdict: Far too big a star. The Cruise Bump wouldn’t take her from $10 million a picture to Julia Roberts–in-her-money-printing-prime form or to Oscar level, which is really the only place for her career to go.
Odds: 12 to 1

Juliet Litman: Easy. She has decent name recognition and slightly lower face recognition, so she could use the Cruise bump. There’s plausible backstory now that they’ve been in a movie together with some sexytime scenes (maybe it’d be just straight-up sexy if it weren’t Rock of Ages or involving Tom Cruise). Tom is ready to go back to the non-American route.

If for some reason that doesn’t work out, Tom’s second choice will be Nina Dobrev. She’s on the the cusp of breaking through with Degrassi under her belt and Vampire Diaries holding strong; there’s the opportunity to break up her relationship with Ian Somerhalder; she’s at the similar point of her career as Katie was post–Dawson’s Creek; and she has the purity factor on her side.
Verdict: The Ackerman/Rock of Ages connection loses points under the “no home-wrecking” clause, unless they wait long enough to make it seem like a plausible “We reconnected after the divorce” move. Nina Dobrev: Let’s just move on.
Odds: 15 to 1 (aggregate)

Chuck Klosterman: In it to win it. Makes sense on every level.
Verdict: Too hip for Cruise. It’d be like trying to fit him for a pair of skinny jeans: He’d crinkle his nose, reluctantly cram himself into them, and then immediately demand a pair of stonewashed Relaxed Fit.
Odds: 16 to 1

Michael Philbrick: Been known to get super-clingy and write songs about her love and devotion. This scared off the likes of Taylor Lautner and Jake Gyllenhaal, but we all know that Tommy likey.
Verdict: [Walks up to podium at the American Potential Mrs. Tom Cruise Awards, covers mouth with both hands, clutches statuette.] “Who, me?! [Trembles.] I did not expect this! I love you all so much. [Looks like she’s about to vomit, shivers with emotion.] I can’t believe this, you guys! Thank you so, so, so, so much. I think I need to sit down. This is just so crazy! I love you guys!” [Faints, carried off on stretcher.]
Odds: 18 to 1

Sarah Larimer: He can move on from Joey Potter to Rory Gilmore! How great. Plus Bledel’s currently putting up with Pete Campbell, so I don’t think things can get much worse for her anyway.
Verdict: She marries Kartheiser within three weeks.
Odds: 18 to 1

David Jacoby: Look, we all suspect that Cruise’s love life is less than, um, authentic, so why not have some fun with it? Betty checks a lot of boxes, she is single, she’s omnipresent, and she won’t want to have sex with him.
Verdict: Way off on the sex thing. She’s got her needs. Why do you think she works so much?
Odds: 20 to 1

Dan Fierman: Young. The kind of GQ-cover, Terry Richardson–dancing, boobsy avatar for hotness that will keep pesky questions about your sexuality at bay. Presumably hasn’t read the script to The Master yet. Just seems like the kind of all-American girl who really has her thetans in order.
Verdict Vaguely offensive to America. Betty White would have more interest.
Odds: 25 to 1

Charles Pierce: Gotta be. One of them is a smiling, mysteriously famous member of a bizarre, tightly knit cult, and the other one starred in Mission: Impossible.
Verdict: A nice thought, but far too political; Cruise is the type who donates to both parties and never talks politics. And now that she has her own reality show, she’s already branded herself too far downmarket to be a serious candidate.
Odds: 30 to 1

Rafe Bartholomew: Paul Haggis’s ex-wife. Yes, this is slumming, but Tom is willing to take one for all the operating thetans out there. Apostate Scientologist Haggis crossed the wrong church, and when Cruise re-converts the mother of Haggis’s son, revenge will be served cold and Cruise will settle into his role as Scientology’s Keyser Soze. He kills their kids. He kills their wives. He kills their parents and the parents’ friends. He burns down the houses they live in, the stores they work in. He kill people that owe them money. And like that — he’s gone.
Verdict: Everything about this is terrifying.
Odds: 40 to 1

Alex Pappademas: Hear me out! I know what you’re thinking: “There is nothing weird or offensive about this suggestion, except that Elizabeth Smart recently married her Scottish Prince Charming on the breathtaking shores of Oahu!” Yes — but Oahu is in Hawaii, and legal documents certified in Hawaii prove nothing. Was a People magazine Most Beautiful Person once, and therefore understands the pressures and responsibilities that come with that. Still hot in a basic-cable Reese Witherspoon kind of way. Plays the harp. Modest. Probably pretty tolerant of other people’s religious convictions.
Verdict: [Shakes head.] Not going to name names, but it’s like some of us didn’t take the task seriously.
Odds: 200 to 1

Rembert Browne: I think Tom will be looking for a complete 180 from soft-spoken Katie Holmes. How better to rebound than with a drunk, rude, anthropomorphic teddy bear that has threesomes with Mila Kunis and Mark Wahlberg? If they don’t date, at the very least he’ll bring him to the DVD release premiere of Rock of Ages. (Know that there are precedents to assume I’m 100 percent correct about this.)
Verdict: Don’t even know what to say about this. Better than a Travolta nomination, we suppose.
Odds: 500 to 1