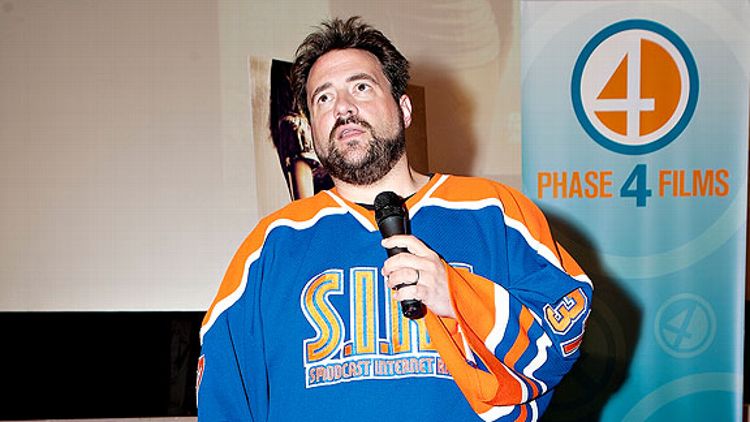 Just yesterday Vulture, in a thorough, prescient think piece, asked the question, “What’s really going on at AMC?” Today we may have an answer: They’re broke. Not in terms of quality or prestige, certainly — not even the infamously unsolved murder of Rosie Larsen can take the shine off Don Draper’s cufflinks or Walter White’s meth lab. But there’s no other way to receive the announcement of how, exactly, the network plans on killing time between now and March, when Roger Sterling can finally start drinking again.

First, AMC will split the eagerly anticipated seacond season of momentarily headless zombie show The Walking Dead into two halves, airing the first seven episodes this fall (the season premiere is October 16) and the final six in February. While it’s good business to maximize Walking Dead’s broadcast time — it is the highest rated show in the network’s history by a considerable, flesh-eating margin — the scheduling hijinks also reek a bit of desperation as they’re a de facto admission that AMC has nothing else to showcase while waiting for Don Draper to return from his ill-advised honeymoon. It’s the equivalent of booking a table at a fancy restaurant, taking one look at the prices, and choosing to fill up on bread instead.

An even worse sign is what lies ahead. After putting Matt Weiner’s kids in satin jodhpurs and top hats for life with a $30 million contract extension, AMC played wrong-headed hardball with both the departed Frank Darabont and Breaking Bad’s Vince Gilligan, trying to cut corners on profitable programs in pursuit of a bottom-line. (They tried to slash the logic budget on The Killing, but it’s hard to go lower than $0. Hey-o!) The network also neglected to pick up any of the interesting sounding pilots it had in development (but, crucially, had not shot) last year and thus has only the buzz-troubled period railroad show Hell On Wheels premiering this fall. Today came news of two bargain-basement reality pick-ups, shows more suited to low-rated probationers A&E and Reelz than the “new HBO.” The first, JJK Security, will follow the “off-kilter” employees of a family-run private security company in Georgia. The second, Secret Stash, sounds even worse: it’s about Kevin Smith’s comic-book shop in New Jersey. (You know what would be more interesting than that? A show about Kevin Smith’s airline adventures. You know what would be even more interesting than that? Literally anything not involving Kevin Smith.)

By renovating their first floor in gorgeous, tasteful marble and then slapping on subsequent levels in bare-bones concrete, AMC seems to be taking architecture cues from the in-over-their-heads ponzi schemers of the real estate bubble. What once looked like tasteful patience — every pilot the network has filmed has gone to series — is now beginning to look like parsimony. Times are tough all over, financially — we’re certainly sympathetic to that. But AMC might do well to remember how Don Draper — another plucky, identity-stealing striver — remade himself from cash-poor nobody into a guy able to shout things like this: First he dressed the part, then he stuck with it. He definitely didn’t try to impress Roger Sterling by shooting Super 8 footage out in Jersey and calling it worthwhile. And neither should AMC.