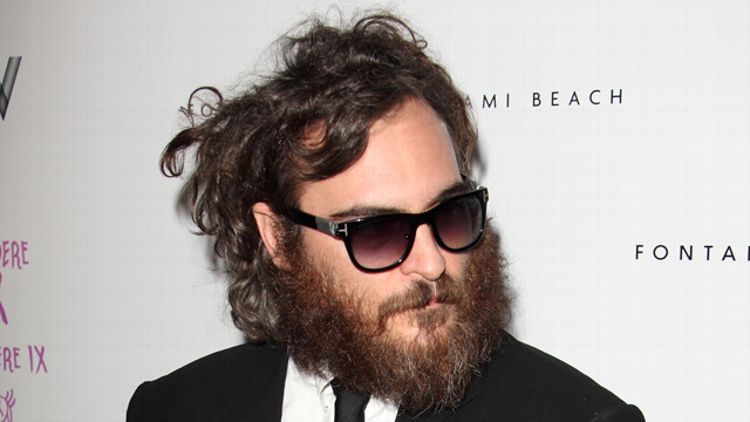 The video below is for a track called “King Push.” It comes to us off Pusha-T’s My Name Is My Name, which is Pusha’s first-ever solo album, a release for which a lot of people have been waiting a long time. And so the mere existence of “King Push” is a notable enough development. But what makes this particular MNIMN track noteworthy is that this track was produced by Kanye West and Joaquin Phoenix.

I am not, in any way, joking. Says Pusha: “[Kanye] gave me two or three new beats. One of those beats was from Joaquin Phoenix.” Pusha, in that interview, goes on to explain that the beat is really good. It is. It’s really good.

And there are two odd things about that. First: Joaquin Phoenix is a highly respected movie actor, one whose carefully selected roles (next up: Spike Jonze’s Her, then Paul Thomas Anderson’s Inherent Vice) almost always seem to get bandied about in Oscar conversations. Second: A couple years ago, as you may recall, Joaquin Phoenix made a movie in which he pretended to quit acting and try rapping.

This was a controversial move. Most people were pissed off, or at least confused. Some people thought Joaquin was torpedoing a truly promising movie career and wasting a lot of talent that hadn’t yet been fully actualized. Now that we know Joaquin was doing nothing of the sort (again: Spike and PTA), maybe we can go back and again appreciate the audacity of I’m Still Here?

Cleverly, Joaquin got Diddy to play along with the whole thing. Before the movie, Diddy was giving interviews calling Joaquin “for real.” In the movie, Diddy’s a tough uncle, trying to straighten out Joaquin with real talk. You got money to do this? How much money you got? Because this costs money. Lights, motherfucker. Lights.

Here’s the two of them in the studio, Joaquin mumbling about his art.

At one point, Joaquin even rapped live, at LIV in Miami. And somewhere out there, the spirit of the character “Joaquin Phoenix” is still trying to catch up to the beat.

I’m Still Here’s legacy, I guess, is that it was mostly forgotten; when we look back, we’ll do so by thinking, It’s cool no one gave Joaquin too hard a time after that whole beardo phase. But it’s a hell of a movie. And it’s just gotten a late-breaking postscript.

Maybe, at some point, Joaquin (quite possibly under the influence of some substance or other) really did have a passing thought to stop acting and try making rap music, which he apparently does truly love. And from that little ridiculous seed grew I’m Still Here, and the entire extreme life makeover Joaquin pulled off to make that film happen. And from that same place, that true love of rap music, grew something that ended up with Joaquin sharing a co-credit with Kanye on a goddamn Pusha track. That’s pretty nuts. Congrats, Joaquin: Wherever here is, you’re definitely still there.