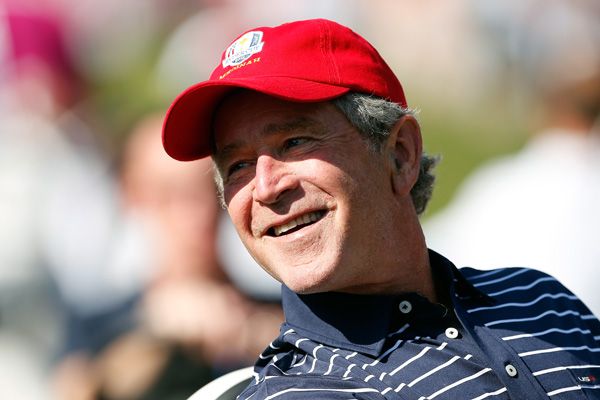 I think I prefer George W. Bush’s hacked “in-progress” paintings to Emile Hirsch’s completed ones. I don’t even know who I am anymore. Why wouldn’t he have hacked these himself? Maybe he was as self-deprecating about his hobby as Eisenhower was. They almost make you like him. Jerry Saltz writes: “We’ve seen two images of him cleansing himself, in warm water. It’s already enough to set you off on fantasies of aloofness, aloneness, exile, and hiding. Bush regards himself. Yet nothing untoward is showing or seen. He is chaste and untouched even when alone. We see his knobby knees and his toes peeking up above the running water. A Freudian will have to tell us why the water is running in both pictures. Private baptism; trying to get clean; infantile ecstasies; purification rituals?”

Trailers of the Week: Sizing Up the Super Bowl Teasers