Trailers of the Week: Sizing Up the Super Bowl Teasers 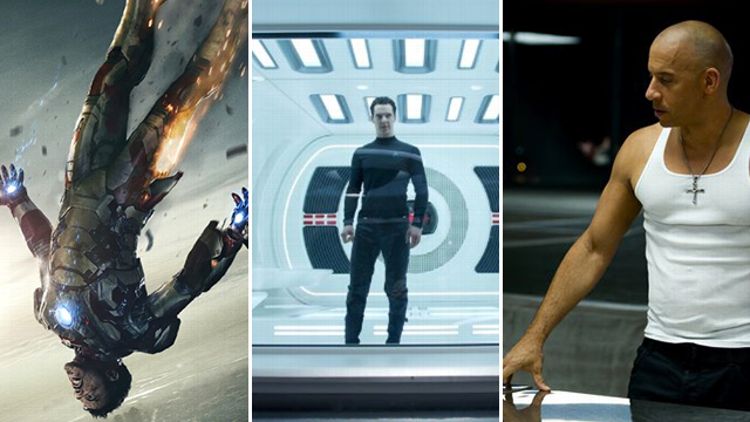 Silver: Forget the Oscars (Seriously. We should. It’s gotten to the point where the hype in/around awards season is more appealing than the telecast. Which at this point feels more like required DMV orientation-video viewing.) Each year, I look to the Super Bowl to be my cultural shepherd, guiding me toward a transition from the pomp, circumstance, and elevated significance surrounding six minutes of Anne Hathaway singing and Daniel Day-Lewis’s beard to the glut of (mostly) vapid movie theater butter–glazed summer tentpole movies. The overmarketed celluloid morsels crammed down moviegoers’ throats by studios, if even remotely entertaining and able to garner a reasonable three-day box office gross, are considered successful. But also on rare occasions they get stamped as genuinely good cinema. So enough talk about Tommy Lee Jones’s scowl … let’s start debating which, if any, Marvel Phase 2 characters will be showing up in Iron Man 3, or how Wolverine will play into 2014’s X-Men: Days of Future Past.

Browne: It’s like Party City on my keyboard right now. Let’s do this.

Browne: No one could pull off that awkward opening other than Robert Downey Jr. No one. Because he might be our most charismatic human. Silver, talk about the movie. I have nothing else to contribute. Long live Junior Downey.

Before Downey suited up as Iron Man, my favorite film of his was 2005’s Kiss Kiss Bang Bang, a twisty and hilariously dark L.A. noir tale. That film just so happens to be written and directed by Shane Black, the same guy co-writing and directing Iron Man 3. The cheeky and playful business for the first 36 seconds of the trailer is a nice combination of the tone and sensibility of both Kiss Kiss and the Iron Man universe, and up to this point, it’s the most prominent indicator that IM3 is going to kick all our asses in the best way possible.

It’s also become clear that after three films (counting The Avengers, making Iron Man 3 the fourth), the line differentiating Robert Downey Jr. from Tony Stark has become nonexistent. He’s so comfortable in the character, and we’re so entertained and used to seeing him play it, that, if he’s at an awards show doing PR for another film, he now seems to always be Tony Stark.

The weighty and more menacing tone of this trailer never became too Nolan-y, and was counterbalanced nicely with new glimpses of the thrilling Air Force One midair rescue. My enthusiasm for this film is rivaled only by …

Silver: As a casual Star Trek universe fan, the imagery of the Starship Enterprise and the characters of Kirk, Spock, Bones, etc. … are what I’m most familiar with. I know the Klingons are a villainous people (?), but have no knowledge of a deeper rogue’s gallery. Yes, there’s Khan, but aside from some Trek lore I’m unfamiliar with, to me, Khan’s just the bad guy from The Naked Gun with a mullet wearing a jacket two sizes too small. Clearly my knowledge of “the originals” is limited (at best), and if I’m being honest, I only turned out to 2009 Star Trek because of the creative talent behind it. So here we are in 2013, and four years have passed. In cinema years, that’s an eternity (by comparison, I’m sure Twilight could make its way up to Breaking Dawn: Part Six in that time frame), and yet, starting with the very first teaser trailer, the marketing of this sequel has featured very little canonical Star Trek imagery or characters recognizable to a half-fan like myself. Instead, it has focused on a mysterious villain, played by an actor relatively few people know. These sorts of tactics made sense with the Joker-centric The Dark Knight campaign, because in that case the villain was just as, if not more, popular than the film’s hero (and to preemptively state the obvious, even if Cumberbatch is indeed Khan, that character is in no universe, galaxy, solar system, or planet as recognizable as The Joker). That said, I’ll be the first to admit that I may be the target audience here, as I’d blindly pay a hefty sum simply to hear Cumberbatch read greeting cards, much less see him play a villain in a sequel to one of 2009’s best action films. But what’s remarkable to me is that even with such peculiar marketing, the awareness and excitement surrounding the film couldn’t be higher.

(Rem, are you amazed I made it through this whole thing without mentioning J.J. or Star Wars once?)

Browne: Be honest with the people, Dan. That was your 172nd draft. There’s no way that just “happened.” Also, I’m forced to assume you’re wearing a Mace Windu windbreaker.

Let’s see how many trailers we can go through without me providing any actual cinematic insight. I’m excited for this game.

Silver: I should just take the month of May off, right? With Iron Man 3 on May 3, new Arrested Development episodes on May 4, Star Trek Into Darkness on May 15, and then Fast & Furious 6 AND The Hangover Part III on May 24, how am I possibly going to be of value to anyone when I’m laying on the floor, spinning in circles and “whooping” like Homer Simpson? I genuinely love the Fast franchise. Not a single film in the series has ever taken itself seriously, but instead simply goes about its business providing the audience with exactly what they want — fast cars, booming music with the bass turned up to 11, hackneyed dialogue delivered by genetically enhanced subpar performers (not including The Rock — I actually think his performance in Fast Five should be considered meta), absurd action set pieces, and the occasional low-angle dolly shot of faceless females wearing insanely high heels and almost nonexistent miniskirts walking down a row of souped-up roadsters. There’s a formula, and thus far the F&F filmmakers have stuck to it to great success. I say “thus far” because after seeing this Super Bowl spot, if I had to raise one concern about Fast & Furious 6, it’s that the action might be TOO big and TOO impractical. Now, I don’t believe that two cars can boost a thousand-pound safe and get away from an entire police force while dragging said safe through the streets of Buenos Aires. But compared to mid-highway tank battles and cars driving out of crashing planes, the safe bit feels downright quaint. I’d really hate to see the F&F franchise buy into its own hype and remove its tongue from its motor oil–lined cheek.

[CUT TO: A Few Days Later — The extended look at F&F6 is released.]

Most of my concerns subsided after seeing this, as the action, although grandiose, feels more organic within the F&F universe (FYI … I am fully aware of how comically douchey that sounds, but it is the truth). And for the deepest and most geektastic dive into F&F6’s extended trailer, take a look at what the boss had to say.

Browne: This gives me the chills:

It’s like the fastest, most furious 10-year high school reunion ever.

What I love about F&F (something I think the Step Up franchise has also done a decent job at attempting, but not at this level) is getting people to buy into the ridiculous so much that we start to actually take it seriously. I take this franchise very seriously.

It’s been an honor to go down this road with them for a sixth movie, and it assuredly won’t be the last; I’m willing to bet that this one will have the franchise’s biggest opening to date.

Also: MICHELLE RODRIGUEZ IS BACK. That’s how incredible this franchise is. You can have a character who’s in the first film take a break for two, show up in the fourth, take another break, and then show up AGAIN for the sixth.

And the utmost respect to them for not trying to think of some new variation of “Fast & Furious.” They’ve done them all. Fasting and SixFuriousing just isn’t going to cut it. At least they had the wherewithal to know that.

Silver: Where has this trailer been? It focuses on the title character, actually provides some background on him (albeit in a myth, but still), offers a glimpse at a love interest, and most importantly, shows him in hero action mode. It’s better to sell this film as a balls-to-the-wall action flick and sneak in the humor than to position it as a quirky Western (we saw how that worked with Cowboys & Aliens). I now want to see this film.

Browne: They got you, Silver. I can’t believe a love story and a forehead laceration got you on #TeamLoneRanger. As long as that “justice is what I seek, Kemosabe” line continues to pop up in the trailer, I will continue to be out on all things Lone Ranger. Sorry, Armie. You’re still my favorite half-Winklevoss.

Oz The Great and Powerful (March 8 )

Browne: Wait, this looks exactly like the last one. I’m not crazy, am I?

Silver: No. Not a single frame of new footage, and no further explanation of the plot. I worry more and more about this film with each new trailer.

Browne: Wait, this looks exactly like the last one. I’m not crazy, am I?

Silver: No. This is the exact same trailer that was labeled a “Super Bowl Teaser” last week. So my same thoughts apply. (Sigh.)

Filed Under: Iron Man 3, Oz the Great and Powerful, Star Trek Into Darkness, The Avengers, The Lone Ranger, Trailers of the Week, World War Z

Reality TV Podcast: The Bachelor, Buckwild, and The Real Housewives of Beverly Hills