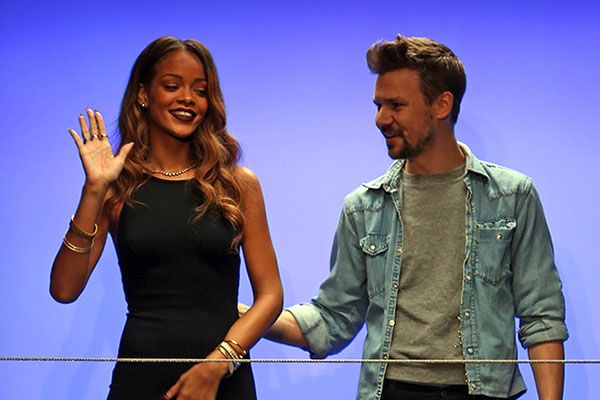 Rihanna’s “surprisingly slutty” London Fashion Week debut sure was something, right? Her River Island collaboration was widely panned by critics, though if you smoke a ton of weed, the feeling of a breeze gently flirting with your exposed belly button and fondling your upper thighs probably feels soooooo goooood guuuuuys. I don’t know, the fishnet tank and mid-calf skirt ensemble sort of spoke to me. I picture it paired with a vinyl burgerpurse and a bra that has googly eyes over the nipples. I also can’t argue with the merits of the interrupted overalls or the sheer apron-front Sexy Amish Coroner frock. It’s called peacocking, you amateurs. Learn it.

If Staples Center Will Go Vegetarian for Morrissey, What Would They Do for Kobe?