After Six Trips to Middle-earth, J.R.R. Tolkien Will Get His Own Movie 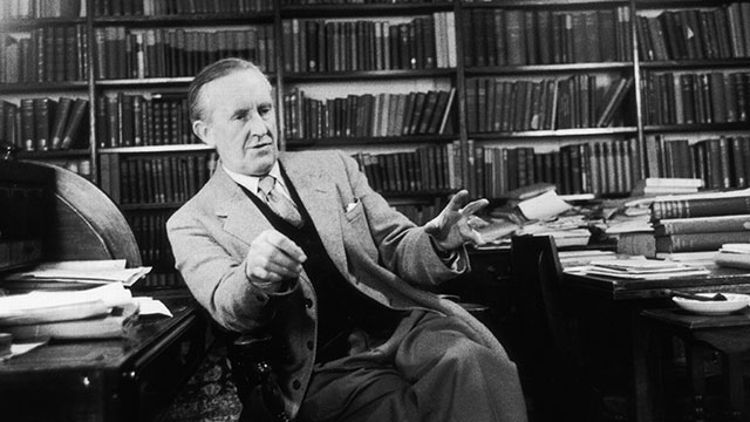 The biopic, in the early developmental stages at Fox Searchlight, will detail the moments that led the author to create The Hobbit and The Lord of the Rings. At first it sounds like a lot of shots of a guy sitting in a study, scrawling and smoking a pipe, but there’s plenty of mid-century English drama to stir in. “Tolkien led a fascinating life,” The Hollywood Reporter writes. “He fought in World War I, where he saw countrysides torn to shreds and friends killed, and he was a code breaker in waiting during World War II. He was close friends with C.S. Lewis, the author of the Chronicles of Narnia books, and the two made up part of an academic and writing group known as the Inklings.” Still, if they’re running low on actual plot, when Tolkien starts synthesizing all that life experience in his imagination while coming up with The Hobbit and LOtR, footage from Peter Jackson’s films can easily just overtake the screen for a half-hour here and there.

A number of gentlemen will presumably get the opportunity to play Tolkien throughout his life. But what about Old Tolkien, the one Google is most familiar with, smoker of the aforementioned pipe? Initially I’d rule out Ian McKellen, since he’s so iconic as Gandalf, but what if Gandalf was Tolkien’s own surrogate in the stories? What if Gandalf is supposed to be like Tolkien?! Or what if it doesn’t even matter and McKellen is great for everything, period? Ooh, while I’m here: What if Patrick Stewart puts on a fat suit and plays C.S. Lewis? We’re moving into Best Biopic Ever territory real quickly …

THR says it’s unclear if Tolkien’s estate is involved with the movie. “The estate is very protective of all things Tolkien and has been occasionally vocal when displeased. But whether their blessing is needed is another matter.” A year ago, the estate sued Warner Bros. for $80 million over some Rings-branded online slot machines and other digital merchandise. So no Tolkien-themed slot machines in tandem with this one, guys. Keep it respectful.

Afternoon Links: Arcade Fire Has Another Treat for You