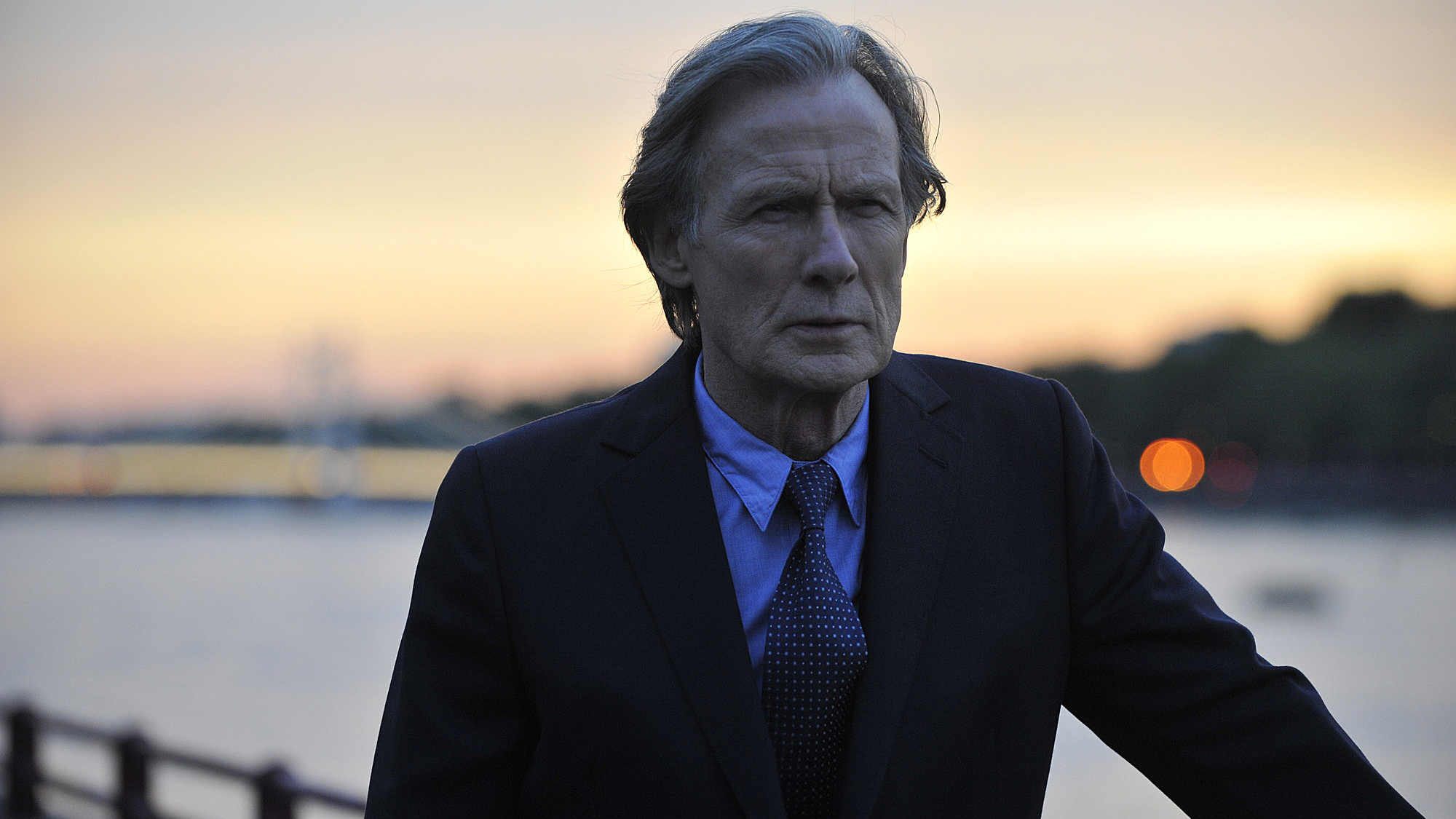 Spies like shadows. Or at least they’re supposed to. They lurk in the dark, have clandestine meetings, leave chalk marks on park benches, service dead drops to pick up coded messages, run networks of assets, and fight multifront wars for hearts and minds. What they do is secret.

Johnny Worricker is not like other spies. And the Worricker trilogy is not like other spy dramas. Starring Bill Nighy, and pretty much every British actor you could possibly think of, this trio of films — Page Eight, Turks & Caicos, and Salting the Battlefield (which airs this Sunday on PBS) — is notable for lots of reasons, but mostly because of how much it unabashedly takes place in the light.

Written and directed by stage veteran David Hare (who also wrote The Reader and The Hours), the Worricker trilogy is one of the most unassuming pieces of espionage fiction I’ve ever come across. Page Eight was released in 2011. Turks & Caicos and Salting the Battlefield were released this year, and broadcast on PBS over the last few weeks. In the first two films, the titular, aging spook kicks up a huge fuss on his way out the door at MI5, retreating to the tax haven of Turks & Caicos, where he finds himself in just as much trouble as he left behind in England.

What’s remarkable about the first two films is how little spycraft actually takes place. Sure, there’s some surreptitious photographing of documents, some clandestine meetings in roadside rest stops, and even a parking lot chase scene or two. But, for the most part, the spying happens out in the open — at art galleries, in conference rooms, over lunches. The way Worricker comes into and passes along information is not all that different than the way you or I would at our offices. It just so happens that the information he trucks in pertains to American detention camps and the use of torture to gain national security intelligence.

Worricker just wasn’t made for these times, which, of course, makes him a hero. Nighy has been working almost ceaselessly since the late ’70s, and he has a wonderfully vintage face. No matter what the material is — the original State of Play, Hot Fuzz, Underworld, Valkyrie, or countless Brit TV appearances — he is one of our best quiet actors. We’re used to seeing him opposite more animated stars — Johnny Depp, Tom Cruise, Simon Pegg. But he gets to be the tone setter here. His silence, and the never-bothered manner he assumes when he does talk, gives the films a wonderful, sedate kind of charm.

He has lots of toys to play with, by the way. Here’s a list of some of the people who appear in the Worricker films: Michael Gambon, Ralph Fiennes, Judy Davis, Ewen Bremner, Felicity Jones, Rachel Weisz, Christopher Walken (!), Winona Ryder (!!), Malik Yoba (!!!), Rupert Graves, James Naughton, and Helena Bonham Carter. And those are just the ones I can remember.

That’s a pretty impressive group of players, and they are all working off the jazzy, controlled grace of Hare’s scripts. You can tell that’s what brought them to the project — they all perform with the tightly gripped, professional reverence for the words of actors in a Mamet play, carefully getting the cadence of the dialogue just right. Yes, there is something kind of safe and adult contemporary about it all — a lion in winter still able to attract women almost half his age and outsmart all of these young whippersnappers with their private equity and CIA black sites. But if it’s adult contemporary, it’s as good as adult contemporary gets. It’s Steely Dan; note-perfect.

The Worricker trilogy isn’t really about torture, or terror, or what we do to stop either, or whether you need one to stop the other, or if they just perpetuate one another. What it’s really about is the way different perspectives and views shape the world. Worricker is a quiet, urbane, reserved art collector and jazz lover with a decidedly romantic view of humanity. He wants to be good (at one point, he earnestly asks Ryder’s damaged-goods financial flack, “Have you ever known anyone who didn’t hurt you?”). He seems to think you can save the world with human kindness and a love of the arts.

On the other side, there are people like Fiennes’s prime minister and Davis’s MI5 adversary — characters with a serrated edge, and fire in their eyes, but a much more pragmatic take on things. They see the world for what it is. When Davis’s Jill Tankard takes Worricker aside, after a particularly contentious meeting with the home secretary, she demands, “When are you going to wake up? There’s a revolution going on.” When Worricker asks what revolution she’s referring to, Tankard has moved on. “You’re living in the past. You still think there’s something called pure intelligence.”

We’re never sure what revolution Tankard is referring to — could be Arab Spring, could be a revolution within the intelligence community. They have this conversation in a janitorial closet. They do it with the lights on.