Adam Sandler Was the Most Overpaid Actor of 2013, Sort of, If You Don’t Count That One Terrible Movie That Made a Ton of Money 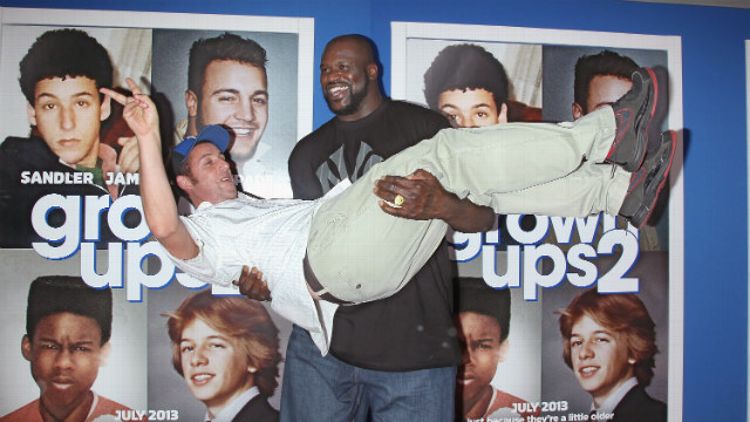 Forbes gives celebrities numerous annual opportunities to stunt on the Jumbotron that is the Internet. The Most Overpaid Actors list is not one of these opportunities. This year’s winner/loser is Adam Sandler, who Forbes says is “one of the few actors in Hollywood who can still demand a paycheck north of $15 million.” From there on it’s just a multi-paragraph “OVER-RATED” chant, with (some) financial due diligence to back it up.

Propping up Forbes’s proclamation are 2011’s Jack and Jill and 2012’s That’s My Boy. The former grossed $149.7 million worldwide on an $80 million budget; the latter cost $70 million and earned just $57.7 million. July’s Grown Ups 2 was a big success domestically and abroad, but it didn’t count: “To compile our list we looked at the last three movies each actor starred in over the three years to June 1. Actors don’t make as many films as they used to so that first criteria eliminated a lot of folks right away. Drew Barrymore, who has appeared on our overpaid list in past years, was disqualified this year because she didn’t have enough films in our time frame.” To show you how mercurial these rankings can be, Kevin James is on the Most Overpaid list for the first time — one year after he appeared on Forbes’s Best Actors for the Buck list. One bad movie can tank you, but there’s still something to be said for the premise. “We estimate that for every dollar Sandler was paid on his last three movies, the films returned an average of $3.40,” Forbes writes.

As long as Sandler keeps doing voice-over work (Hotel Transylvania earned $358.4 million worldwide, making it Sandler’s biggest hit, improbably) and building Grown Ups into the Expendables of comedy franchises, he should be able to avoid this kind of paycheck-shaming in the future. Either that or, as Forbes submits, “don’t be surprised if studios start asking him to take less upfront in favor of a heftier chunk of the back end if the film is a hit.” But does anyone really believe studios will do anything other than keep giving the time-honored stars top dollar, even as the whole idea of stars putting asses in seats continues to crumble? And does anyone think Sandler, in his mansion made of stacked-and-glued $100 bills, really cares?

Fleshing out the rest of the top 10 are Katherine “Whoops, The Big Wedding” Heigl, Reese “Didn’t Mean to Do This Means War” Witherspoon, Nicolas “Thanks a Lot for Not Counting Animated Films, Guys — The Croods Killed” Cage, Kevin “Here Comes the Boom Indeed” James, Denzel “Fairly Sure I’m Here by Mistake” Washington, Steve “What Nic Cage Said, Only About Despicable Me 2 — $918 MILLION WORLDWIDE, BITCHES” Carell, Jennifer “Yeah, This Is Accurate, My Movies Are Literally All Missable” Aniston, Matt “We Didn’t Mean to Buy a Zoo” Damon, and Ryan “Just Wait Till They Factor in R.I.P.D. Next Year” Reynolds.

Do You Like Prince Movies? Podcast: Nelson Mandela, Inside Llewyn Davis, and Christmas Songs