A Very Serious Conversation With Kip Winger About Being Taken Seriously, Prog-Rock, and Metallica’s Scorn 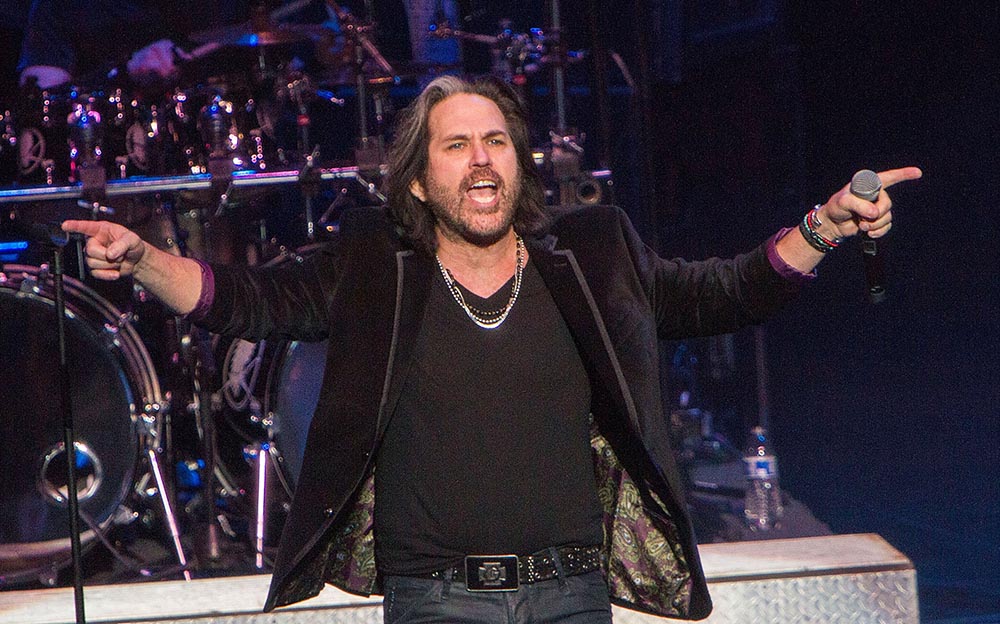 The story of Winger has a familiar arc for pop-metal acts that sold millions of records in the late ’80s and then quickly flamed out in the early ’90s. In a nutshell: Winger rode high with sleazy, sex-drenched rockers (like “Seventeen”) and impassioned power ballads (like “Headed for a Heartbreak”) when those kinds of songs were insanely popular. Then, once those kinds of songs suddenly stopped being insanely popular, Winger became an emblem for an unfashionable and instantly dated scene.

The band’s fall was swift and devastating. Winger was mocked regularly on the grunge-era staple Beavis and Butt-Head. Lars Ulrich threw darts at a Winger poster in the video for Metallica’s “Nothing Else Matters” (an impassioned power ballad in nominal speed-metal clothing). Frontman Kip Winger named the band’s next record, 1993’s Pull, as a joke about critics using the CD for skeet-shooting practice. Not long after, Winger broke up.

For many observers, this is where the story ends. But ’80s metal fans know better — Winger re-formed in 2001, and in 2006 released a new album, Winger IV, that signaled a new, more prog-rock-oriented direction. The 52-year-old Kip Winger has also been busy as a classical composer. (He writes under the name C.F. Kip Winger.) Symphonies and ballet companies in San Francisco and Tucson have performed his work.

Winger released its first new album in five years, Better Days Comin’, on Monday. Last week, Kip Winger called me up to talk about the record, among other topics.

This is sort of a random topic to start the interview with, but I recently wrote a column about Bob Dylan’s ’80s period, and I know that you played on his album Down in the Groove. How did you end up on that record?

It’s very unglamorous. I never even met Bob Dylan. He did that song [“Had a Dream About You, Baby”] for a movie called Hearts of Fire. I don’t think it came out [in] the movie and he ended up using it on his album. I had played bass on that in the studio, and that was really it. Beau Hill was a big producer at that time and he hired me on a lot of shit because I’d been working with him since I was 16. I met him in Denver. I was the first band he produced, so I’d known him really well, and he was doing really well in New York, and I was there waiting tables. He hired me when he could to throw me a bone.

Is it a good song? I don’t even think I’ve ever even heard it.

It’s pretty good. You’re on it, Eric Clapton is on it, and Ron Wood is on it. Really interesting lineup of musicians on that song.

Wow, I’m on a song with Eric Clapton? No idea.

You’ll have to seek it out.

Awesome. I mean, honestly, I couldn’t care less about it. It’s kind of neat trivia.

How old were you when you first started playing in bands?

About 7. My brothers and I played in a band. It was me and my two older brothers and one other guy from the neighborhood, this guy Pete Fletcher. We started getting gigs when I was about 8 or 9. We were getting paid to play very, very early. I could play anything by the time I was 15. Anything rock, anyway. I was playing 2112 and shit like that when I was fucking 14 years old. But, I mean, I’m not so interested in bass. It’s just the instrument I played, and I was good at it. Writing is really my thing.

Yeah, I was a ’70s guy, man. I was a big Black Sabbath fan, but it was a little too primitive in terms of difficulty. I loved the music; I’m a big fan. But just to play it, it’s pretty simple, so we were doing Rush and Gentle Giant and Jethro Tull and Yes, all that kind of stuff.

I read that you started studying classical music when you were a teenager. Did you see metal and classical as being interconnected?

It’s not true. I was a self-taught musician. I took piano lessons and I studied classical guitar when I was 16, so I guess that is true, but that was, like, just baroque music and stuff. That’s where I learned to play really fast and complicated. That kind of led me down the path to classical. But I dropped out of high school, man. I wanted to get a record deal. So I got a GED when I was 15, and then toured with my band and all that shit. I didn’t really start studying classical music until I was 35. There was the Beavis and Butt-Head thing, which took the band out. Metallica fucking threw darts at our poster, and fucking told their fans to put a curse on us and hate us. I don’t really understand what that was about.

I couldn’t get a gig, so it was like, “Cool, I’m going to go back and start studying the way I’ve always wanted to study, because now I’ve got the time, basically.” It’s kind of a weird, backward way to do it, but it turned out great, I think.

See, my brain works like a classical musician. I’m more interested in the really complex stuff. Like, when I hear really complicated counterpoint, a fugue, or something like that, it turns my brain on. Like, “Wow, what the fuck is that?” I latch onto it and I can track it really well. So at a point, I just thought, “Well, fuck, let me try to just understand what’s going on here.”

I wanted to ask you about Metallica. You just referred to the part in the “Nothing Else Matters” video where Lars Ulrich throws darts at a Winger poster. Have you ever had a chance to talk to Lars or any of those guys to bury the hatchet?

No, never met them. I don’t know anything about them. I have no idea. I tried to say something to Lars at a show one time, but he had his bodyguard hold me back. It was a long time ago. I don’t get it, dude. I don’t understand it. And it’s so ironic for a guy like Lars Ulrich to do that when I’ve got [drummer] Rod Morgenstein in my band. It’s a fucking joke. I always thought Lars got a bad rep for his drumming because actually he’s got some cool ways of thinking about drums. You always hear people say that he’s crappy live and stuff. I’ve never seen him live, but I think on the records, he’s got good ideas for drums.

I’ve got nothing against those guys, but [the video] didn’t help me. I thought it was cheap. And unfounded to a large degree. I don’t think those guys can play a lot of our shit. I think they got some cool albums. Obviously, they’re huge. It was kind of like, “Hey everybody, we think these guys suck, so you should, too.” That’s how it kind of came off. It’s just like, “OK, whatever, dude.” It’s weird. They didn’t need to do it; they’re fucking massive. You know what I mean?

The new Winger album has a clear progressive rock influence. Do you feel like those influences are also there on the earlier Winger records?

Absolutely. “Seventeen” is a pop song by the melody of the lyrics only. I still haven’t found a cover band that can play that song properly. It’s a difficult riff, and the way it’s put together, it’s much more ’70s band-ish. You’re probably one of the people that missed Winger IV. That’s a totally progressive record. I was thinking, “Well, fuck, the only future for this band is prog because we all come from prog.” You probably missed that album, but that’s a heavy-duty record, man.

Having the background that you have, and the influences you had growing up, was it frustrating for your band to be grouped in with groups like Warrant and Poison in the ’80s?

Well, I have a thousand answers to that question, because I’ve been asked that a million, gajillion times. But the answer I’ll give you, given the mood I’m in right now is, yeah. Hello! It always comes out sounding like I’m dissing the other bands, so it’s like, how can I defend my band without coming off like I think I’m better, or something? Because I don’t think anything like that. I just think the music is different. People like Poison and stuff like that, but I mean, it’s primitive. How can I say that without coming off like a total asshole? Yeah, I really like Poison. I actually really like Bret [Michaels], and I love C.C [DeVille]. They’re really cool people, but their music is primitive. I don’t know how else to say it. “Every Rose Has Its Thorn” is a great tune. It’s not about good or bad. They sold more records than us and they headline bigger places than us, so they must’ve been doing something right. I’m all about the music. I want to know how music functions, so I’m not going to sit around listening to Poison records to hear that. I’m going to listen to Gentle Giant or Yes or Dream Theater.

Lupita Nyong’o Is ‘People’ Magazine’s Most Beautiful Person of the Year ... and Yes, That Matters