WWE Hell in a Cell Preview 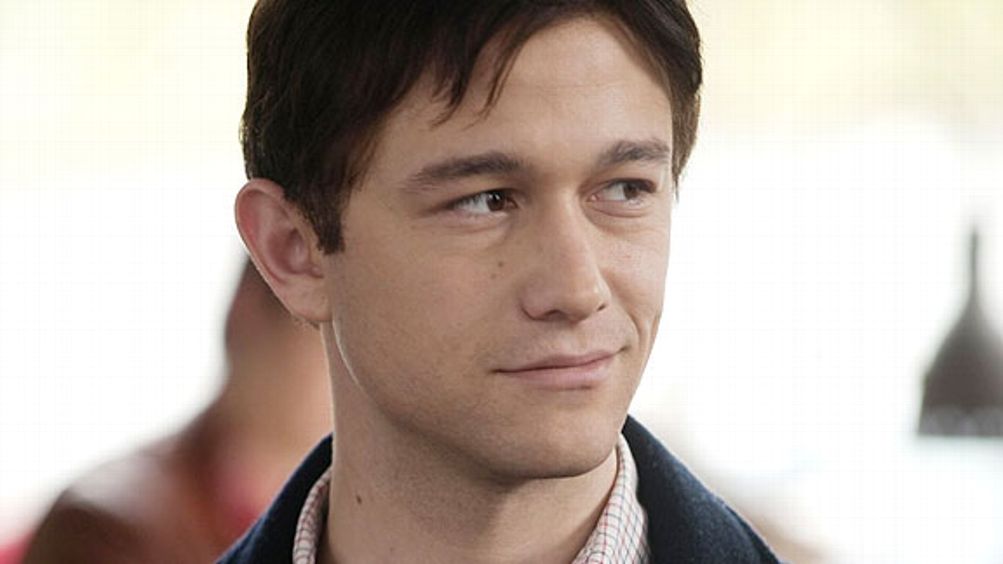 As a teenager, Joseph Gordon-Levitt starred in the sitcom 3rd Rock from the Sun, playing an extraterrestrial kid who’s come to Earth to study the human condition. After a few years at Columbia University, Gordon-Levitt returned to the screen with impressive performances in indie films such as Mysterious Skin, Brick, and The Lookout. Gradually, he moved to bigger films, with a breakout Golden Globe-nominated role in (500) Days of Summer, and supporting parts in Inception, G.I. Joe: The Rise of Cobra, and Christopher Nolan’s forthcoming Dark Knight sequel. When he’s not in front of the camera, Gordon-Levitt heaps his creative passions into hitrecord.org, a website that brings artists together for online collaborations. He operates the site under the moniker “RegularJOE,” which is a good fit for someone who, in person, comes across as genuine, curious, and deeply engaged.

In 50/50, opening this Friday, Gordon-Levitt, now 30, plays a young man fighting cancer with the help of his best friend (Seth Rogen) and a young therapist (Anna Kendrick). Davy Rothbart sat down with Gordon-Levitt and asked him about the film; his brother, who died in 2010; and the way men become delusional when in love.

50/50 was written by Will Reiser, who channeled his own experience with cancer into a screenplay. Did you speak with Will about what he’d been through, or did you base your character solely on the script?

Will was actually on set all the time, almost every day while we were shooting, and his presence was invaluable. I think I would’ve been a lot more nervous if I didn’t have him to reassure me that what I was doing felt honest and respectful. Our conversations informed the way I approached the role, and allowed me to take risks. I’d constantly ask him, “Does this look right? Does this feel right?”

Have you ever known someone who had cancer?

Yeah, a friend of mine died from cancer. I was 18, and he was 19. It was horrible, obviously. I’m still close with his family. There’s a dedication to him in the credits for 50/50; I thought it was cool that everyone was down to do that. Our friendship definitely gave me a deeper, personal connection to the role. His name was Adam, coincidentally — the same as my character in 50/50. That was weird.

You mentioned your older brother Dan passed away in 2010, at the age of 36. What was Dan like? I never met him, but saw a video of him spinning fire.

Yeah, he went by the name Burning Dan. His story’s a great one, really. When he was growing up, he was introverted. He was always really smart, cool, and funny, but also pretty shy. What was cool about him was all on the inside. Then, as much as anyone I’ve ever seen, he made the decision to transform himself, and very consciously set about coming out of his shell. A lot of it had to do with Burning Man, but some of it happened even before he found Burning Man. The change began when he started taking pictures. He took up photography and got really good at it. And just having a mode of expressing himself really opened the floodgates.

Then, he took up fire. And he became this really outlandish guy where everyone knew exactly who he was at first glance. He became so extroverted. His posture changed. Everything about him changed. Well, no, that’s not true. Not everything about him changed — the core stuff was always the same. But he managed to bring it out into the open for people to see. It was thrilling to see someone make a decision to do something and cultivate change in their life, and then just go out and do it.

Are there certain times that you’re most aware of his absence? Like if something special is happening that you wish he could be there for?

Speaking of love, but shifting gears for a minute, some of your movies have dealt pretty rigorously with ideas of romantic love. Do you have a girlfriend?

I do not have a girlfriend.

Cool. Well, give my Facebook friends with massive, excruciating crushes on you a chance to dream. … If you were going to ask a girl to marry you, how would you do it?

I don’t think I can answer that. It would just depend on who it is.

I get that. How did your dad propose to your mom?

I like my mom and dad’s story. They’d been together, and had already had my brother. They wanted to buy a house, and it helps to be married. So my dad proposed on a Wednesday and they got married on Friday with four people in my mom’s parents’ backyard. But there’s no one right way to ask someone. Really, you’ve just got to know the person well enough to know what’s perfect for them. The biggest problem that people run into with love-life stuff, I think, is that they’re fixated on preconceived notions and expectations of how they want things to be. They’re not paying enough attention to what’s actually there.

It’s sometimes possible to lose sight of who the person is that you’re actually with instead of who you imagine them to be.

Yeah, with Zooey Deschanel. I thought it was really effective in communicating that notion.

It was a widely misinterpreted movie, I think.

Well, people tend to say, “Why didn’t she end up with him? He was so nice!” But I think that he was really quite guilty of projecting a fantasy onto this girl that she didn’t necessarily deserve, and that, honestly, he was pretty wrapped up in his own selfish point of view.

[Laughing.] I’ve been there many times myself, and the movie sort of spoke to me because over the years I’ve often been guilty of projecting a fantasy onto girls.

We’ve all been guilty of it. I’m sure I’ve done the same. And we all do it to one degree or another in every relationship. But it’s just funny to me, because I felt like the point of that movie was illuminating this guy who is basically delusional, who keeps projecting all these things onto this girl, and how that’s a problem for him, and how he then sort of grows out of it. But it seems like a lot of the people that see the movie don’t quite catch that. They just think he’s a great guy.

Did you ever have any crushes on actresses or musicians when you were a kid? I loved the movie Gas, Food, Lodging by Allison Anders, and was completely taken by the character Shade, played by Fairuza Balk. We were both probably 17 at the time, and I was obsessed with her — she was “the one.” Not the actress, Fairuza Balk, but the character, Shade. You?

Well, for me it was Claire Danes in My So-Called Life. I really dug her, and I’m not so sure I could separate who her character was from who she was. And then there was Janet Jackson. I was into her, too. Who else? I could name a whole bunch of hot girls. It’s all good. I’m the optimistic type. Someday I’ll find someone.

Davy Rothbart is the creator of Found magazine, editor of the Found books, author of the story collection The Lone Surfer of Montana, Kansas, and a frequent contributor to public radio’s This American Life. He’s also the founder of an annual hiking trip for inner-city kids called Washington II Washington.