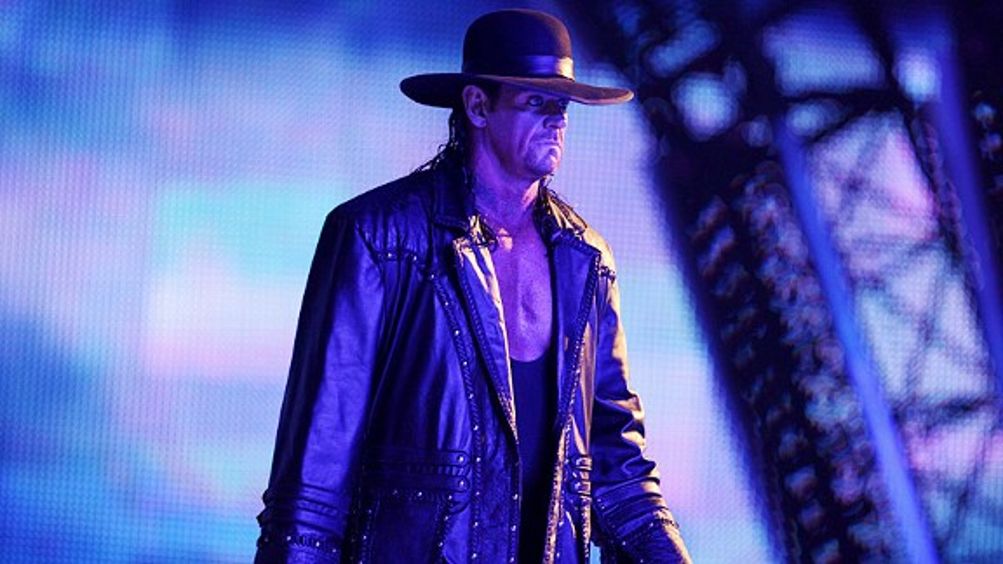 “Hell in a Cell is like church — many attend, few understand.”
— Announcer Jim Ross at Monday’s Raw

Indeed, there seems to some shared, reverential essence between religious masses singing hosannas to their lord and wrestling fans awaiting a cage match. We know to expect the same Old Testament motifs: violence, spectacle, conflict, and justice, all in greater magnitudes than a regular match would offer. There’s the intrinsic brutality of the steel cage, sure, but moreover we understand that such matches are more terminal, more deterministic than other main events. Often, the steel cage is the last stop — or the penultimate one, before the “loser leaves town” match — in any epic feud. Or, you know, whatever feud professional wrestling is passing off as epic at a given moment.

When WWE introduced Hell in a Cell, it could have become little more than a bland renovation of the steel cage concept, a means of settling blood feuds in fully copyrighted fashion. But, perhaps unintentionally, it became so much more. The annual event is an institution of powerfully theatrical violence and a site of worship for wrestling’s most bloodthirsty fans. If Hell in a Cell matches have become an even greater spectacle of (semireal) carnage than the cage matches that preceded them, it’s not because the stakes have gotten higher. Rather, these matches have become the ritual moments when WWE abandons its cartoonish storytelling voice and serves fans an espresso shot of brutality.

The first Hell in a Cell match, between The Undertaker (for whom the format was more or less created) and Shawn Michaels, was at the Badd Blood pay-per-view in 1997. It was hyped before the match with ominous and shadowy footage of metalworkers constructing the cage like modern-day druids. The implication of looming danger was plain. The match itself was great — Michaels was competitive, but Taker was dominant, spear-tossing Michaels into the chain-link wall and later knocking him off the cage when he was dangling from it. The Undertaker lost the match when his “brother” Kane intervened, but it’s fair to say that winning or losing isn’t entirely the point at Hell in a Cell — it’s inflicting punishment on your opponent that counts. And fans, for their part, rarely cite Hell in a Cell “wins” so much as they preach about instances of spectacular violence.

Hell in a Cell‘s signature match, the 1998 showdown between Undertaker and Mick Foley (as Mankind), is one of the most infamous bouts in WWE history. It is not so much a pure wrestling classic in the mold of Ric Flair-Ricky Steamboat as it is a collection of mind-boggling high spots. Though he’s a competent mat wrestler and an incredible talker, Foley’s career has been defined by his willingness to take ungodly punishment, and this Hell in a Cell spectacle — one is hesitant to even use the word “match” — was the pinnacle of his career. Taker and Foley started the match on top of the cage, which was unusual, since an ascent to the rooftop would be the climax of just about any other match. About two minutes in, Undertaker tossed Foley off the cage1 and onto the Spanish announcers’ table, which evaporated beneath him. It was at this point that Jim Ross famously screamed “Good God almighty! Good God almighty! That killed him! As God is my witness, he is broken in half!” and “Oh my God! Somebody stop the damn match!”

As Foley lay prone, the Undertaker paced the top of the ring, obviously concerned for his opponent, and Vince McMahon came out from backstage and looked on as medics came out to evaluate Foley (for real). They laid him on a gurney (for real) and started rolling him to the back as Jim Ross apologized to the audience. But Foley rolled off the gurney — the look in his eye was both punch-drunk and homicidal — and limped back to ringside, arm clutched at his side. With one functional arm, he climbed back to the top of the cage and rejoined Taker, who soon thereafter chokeslammed him through the ceiling of the cage and into the center of the ring. We all know this part of the story, but it must be said: This. Was. Not. Planned. The ceiling gave way by accident, and Foley fell 20 feet and landed awkwardly (as if there’s any other way) on the back of his neck. A steel chair that they’d been beating each other with on the roof fell and hit him in the face. Again the fight was halted, and Undertaker reentered the ring to check on Foley. Somehow, Foley was alive and not gravely injured — although, as camera footage would reveal, he was bleeding from his mouth and one of his teeth had been knocked out and somehow ended up in his nostril. Foley was concussed to the point that he had to rewatch video of the night to be able to write about it in his memoir.2 To be honest, I had to review the video to make sure Foley lost the match, because that’s not the part that anybody remembers.

There have been other great Hell in a Cell clashes — Undertaker-Triple H Shawn Michaels-Triple H and and Triple H-Foley stand out — and more than a few moments of ignominy, none worse than Undertaker’s lynching the Big Boss Man in 1999. Without the Hell in a Cell cult, however, moments like that would be lost to memory like so many other ridiculous wrestling stunts. It’s the event’s revered place in modern WWE history that keeps even the lowlights fresh in our minds.

In 2009, WWE institutionalized the church of Hell in a Cell by making it the name of a scheduled pay-per-view event. Fans, in fact, voted for it to become annual. Since then, it has lost some of its luster. When John Cena fought Randy Orton inside the cage in 2009, it wasn’t a bad match, but it was lousy relative to Hell in a Cell‘s legacy. Performing inside WWE’s chapel of violence, Cena and Orton seemed more like plastic televangelists than hardcore true believers.

On Sunday, when Cena, the WWE champ, faces both CM Punk and Alberto Del Rio inside the Cell, and when Heavyweight champ Mark Henry does battle with Randy Orton, expect more in the way of theatrics than violent revelation. If Mark Henry manages to destroy some part of the cage, that’ll be just another Mark Henry match, and if Cena-Punk-Del Rio devolves into a storyline-centric mess of supporting actors — Triple H, Kevin Nash, R-Truth, The Miz — then that’ll be, well, just another steel cage match. Fans worship Hell in a Cell precisely because it isn’t just another steel cage match; but in the PG era that WWE has built for itself, enough people will be content to watch whatever WWE serves up.

If it seems like there was a WWE pay-per-view just a couple of weeks ago, well, there was. With the sudden abundance of PPV events and the odd proliferation of commercials in those broadcasts, I’m beginning to think there’s a conspiracy afoot to take money from the plebeian masses and redirect it toward Linda McMahon’s next senate campaign.

Hopefully, Hell in a Cell will impress. It may not be Mick Foley sacrificing himself to our sadistic delight, or Taker and Shawn Michaels telling an epic story in graphic miniature. But it could still be a lot of fun.

Previously from The Masked Man: