Your Non-Major Sports Heroes of Summer 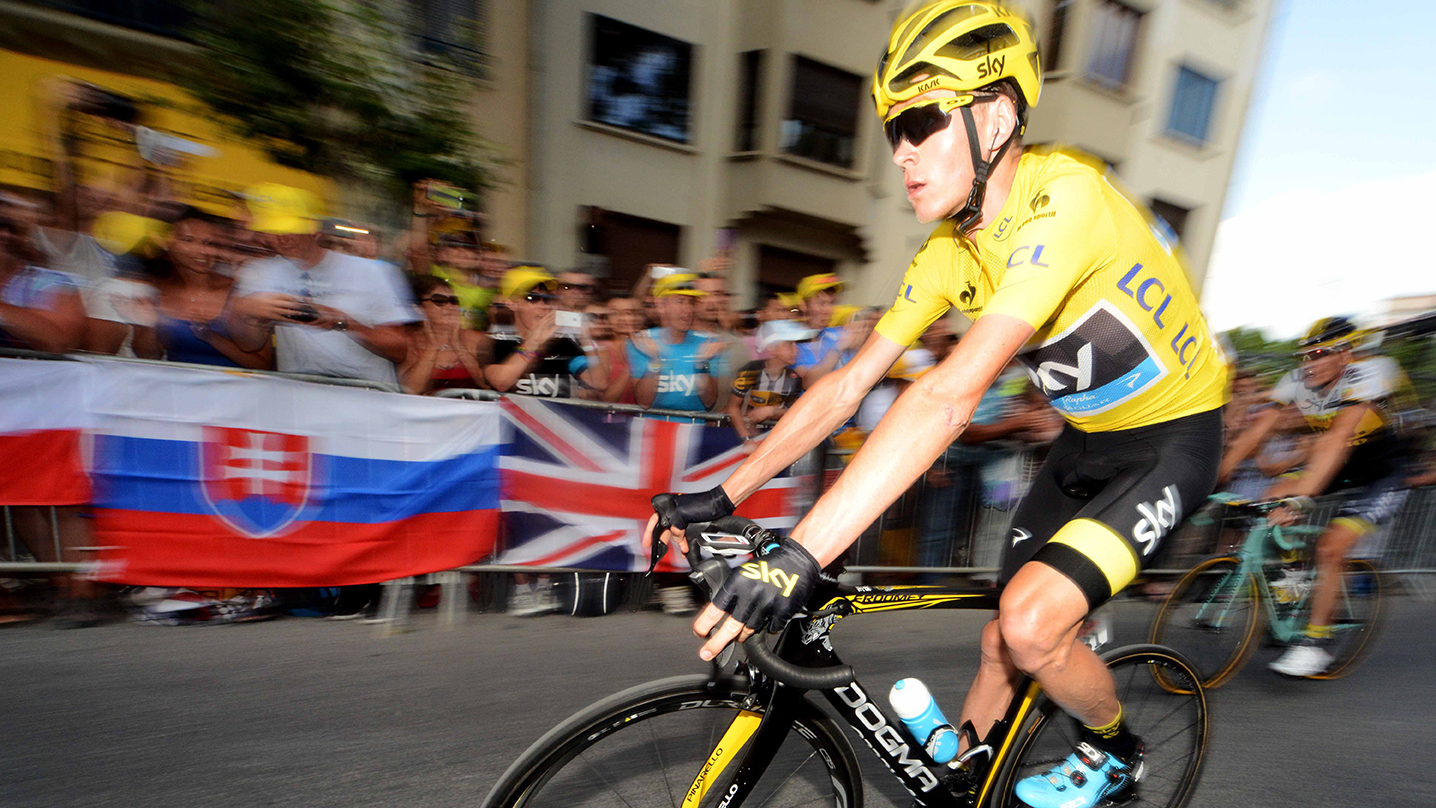 There are real, everyday heroes walking among us. They don’t play baseball, they didn’t sign with San Antonio, and they’re not getting ready for NFL training camp. They are power walkers, professional gamers, cyclists, and surfers. They are the non-major sports heroes of summer. And it’s time to celebrate them.

Chris Ryan: Now that summer is here, I’ve been able to really dedicate myself to the things that matter, like competitive gaming. Here, your man Woshige thinks he’s got this Guilty Gear Xrd clash all sewn up. He pulls the classic controller-drop-victory-lap move familiar to anyone who tried to step to me in Mortal Kombat between the years 1992 and 1994, only to have me virtually show them their still beating heart and shout, “I’M MOLA RAM,” in their face. Let me tell you, nothing tastes as sweet as the first deep pull of musty air when you step away from the console. BUT MAKE SURE YOU FINISH HIM FIRST, WOSHIGE! NEVER GIVE OGAWA AN INCH. MAYBE YOU NEED A REFRESHER COURSE.

Bonus points for the two announcers who sound like Ray Hudson after two Monsters and five whippets.

Ryan O’Hanlon: We’ve all had the thought before: You’re walking to the grocery store, but your body’s just not moving fast enough. You could run or ride a bike or hitchhike or call an Uber or dive into the back of a passing-by pickup truck, but no, you need to walk … just faster. So you think to yourself, Man, imagine how much quicker this’d be if I could just self-administer a blood donation, store it in a refrigerator for a couple of months, and then reinject the blood back into my body before I go to Albertsons. So rather than lambasting the Russian race walking team that withdrew from all international competitions because of widespread doping allegations, let’s call ’em what they really are: The bravest version of ourselves.

O’Hanlon: I want to share with you some of the most beautiful un-bylined writing I have ever seen:

Although such incidents remain rare, Froome is not the first rider in Tour history to have been doused by urine. The unpleasant incident put a damper on a day when he extended his already comfortable race lead.

The Froome in question here is British cyclist Chris, and the Tour is “de France.” The 30-year-old won the 2013 Tour, and with a three-minute-plus cushion between himself and second place as the race heads into the Alps, he looks likely to claim his second title. But he’ll be doing it in the post–Lance Armstrong era, when every seemingly impressive showing gets chalked up to illicit performance-enhancing methods: “This is the legacy that has been handed to us,” Froome said. So, before he takes a victory sip of champagne on the Champs-Élysées next weekend, someone make sure to check what’s in his glass.

Andrew Sharp: When the best athletes render the competition meaningless, we’re faced with a choice: We can either watch them take the sport to another level, or we can handicap them to make it fair for everyone. What do you do? What do you choose? Red pill or blue pill? BERKLEY BAILEY CHOOSES VICTORY.

Everyone agrees 10-month-old Berkley Bailey was first to cross the line in her heat in the Pan-O-Prog baby Crawl-A-Thon.

But because Berkley scoots and does not crawl in a conventional manner, she was disqualified from the race and not allowed to win a trophy.

The organizers of the Lakeville, Minnesota, Crawl-A-Thon probably would’ve outlawed the dunk, too.

Berkley’s mom, Samantha Moore, said the rule is unfair to babies who have physical challenges or just a unique way of getting around.

Submarine pitching is probably treated like witchcraft in Lakeville, Minnesota.

She said she did not think the rules would disqualify Berkley, her first child who has always crawled by pulling herself forward with her left side, dragging her right leg behind her and her right arm in the air.

“That’s the only way we’ve ever seen our baby crawl,” she said. “That’s all she’s ever done. The doctor told us it was a crawl.”

Oh, it WAS a crawl. If a baby’s not walking, that baby’s only means for transportation is crawling. That’s science. Sometimes that baby will use one side, dragging her right leg behind her with her right arm in the air, but is her belly on the ground? She’s crawling. Berkley Bailey crawled all the way to first place, right up until organizers decided to drag her down to everyone else’s level. She may have lost that day, but it’s time to put away the rulebook and quit crying. It’s time to state what’s obvious: Berkley Bailey is the greatest 10-month-old athlete in the United States.

Ryan: I’ve been into poker pro Daniel Negreanu for about … eight days now? I barely have a grasp of the basics of poker — those who have played against me would argue I don’t even have that. But this guy is amazing. Sean Fennessey turned me on to him, describing the 40-year-old Canadian this way: “Talks like Fisher Stevens, plays like Johnny Chan.” You don’t have to be a poker fan to appreciate Negreanu’s trash talk. I love athletes like this — guys who keep things light and fun, even in the most intense situations. Negreanu came in 11th in the World Series of Poker last week, but that finish should stop us from watching videos like the one above, from a 2013 event, in which he absolutely torments Phil Hellmuth.

Genzebe Dibaba, a 24-year-old from Ethopia, broke Yunxia’s time by 0.39 seconds and improved on her previous career best by nearly four seconds. Yunxia’s record was, um, dubious at best,1 and before Dibaba did it earlier this year, no woman had even run under 3:55 since 1997. Put another way, she just hit 74 home runs.

Ryan: Fanning fought a shark, and the Fanning won. Actually, I just wanted to make a Clash joke. You don’t really win a shark fight, you just live to fight another shark. Personally, I feel like if you’re going to be out a couple hundred feet in the water, in notorious shark haven South Africa, FLAPPING YOUR ARMS ON THE SURFACE OF THE WATER, then maybe you’re the problem, not the shark. But at the end of the day, this guy endured a shark attack and then managed to coherently talk about it without bursting into tears. That’s more impressive than anything LeBron did in June.

The Goodness of Albert Pujols Being Good Again