WWE Hell in a Cell Preview

The Nets and NBA Economics 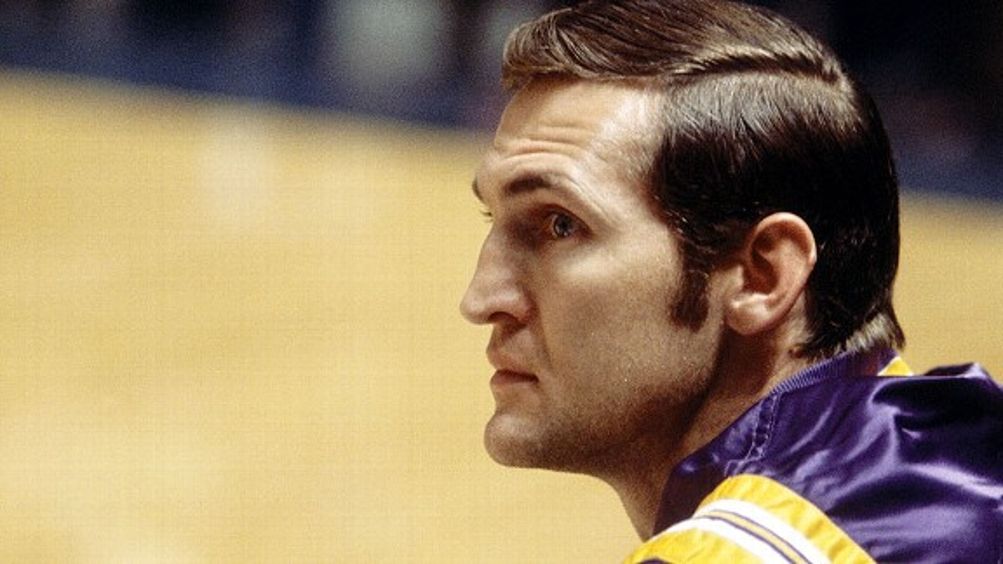 “The scenery will soon change here, Jerry West explains in his Appalachian drawl. The picturesque green that surrounded us on the hills and mountains in southern West Virginia will soon be a magnificent splash of orange, gold, and brown. We’re standing in West’s home state, where he retreats every summer and transforms from ‘The Logo’ (as we know him) to a West Virginian (as he prefers).

“The colors have not changed, but West’s perspective has shifted over the years. ‘I’m in more of a melancholy mood today,’ he admits. Always a man of endless contradictions, the 73-year-old West is more aware of them than ever. He yearned for excellence on the basketball court but wishes he could be an average, everyday person away from it. He was obsessively devoted to the sports game and came as close as anyone to mastering it as a player and executive, and yet he abruptly retired as a player and as an executive — twice, no less, with his beloved Los Angeles Lakers and with the Memphis Grizzlies, whose warm-ups insignia he wore as we talked. He feels immense pride that the league recognized him as the silhouetted figure on its logo, but that logo vaulted him onto a pedestal that he continues to dread. He loves to read, but can’t sit still. His main joy is a product of a willingness to give his money, time, or resources, and yet there are days when he sincerely believes the world would be better without him.”

“Hockey fans, like any minority group wronged and belittled throughout the course of history (i.e., indie-music lovers), can be an angry, distrustful, circle-the-wagons kind of bunch. ‘Clearly you’ve never watched the sport,’ they’re apt to spit, either in the comments sections of full-time professional hockey writers or, if you’re near a live one, in your actual face. It’s too bad, this exclusive screening process, this forced certification of bona fides, because hockey can be one of the most enjoyable sports out there even when — especially when — it’s not being taken so seriously.

“Here, in this opening column, in no particular order, are some things to think about as the season kicks off tonight. Going forward, we’ll be here to go through the goings-on of the week — the goals and the goading and the GOATs, but also Milan Lucic’s girlfriend’s bonkers shoes. Seriously. I’m in awe.

We Need a Renegade Basketball League

“KANG: This NBA lockout has me thinking about Marx and Engels and a bunch of stuff I should have learned in college about labor power and alienation and how the worker should have control over his own economic fate. Specifically, I’m remembering a part of Ken Burns’ Baseball documentary, in which George Will says that baseball is the one instance where a worker-driven system makes sense. To paraphrase, he says that in the history of the game not one person has bought a ticket or turned on a television to watch an owner. As such, because the products are the players, the players should control the majority of the wealth.

“And so, with no really positive news coming out of the labor meetings in New York, I was thinking about alternatives that would save our NBA stars from the indignity of playing in Europe.

“Here’s the basic idea for a player-owned league, which I would call ‘The Oracle.’

“SIMMONS: ‘The Oracle?’ Nice name! It sounds like either a renegade professional basketball league, a new cable movie channel, an AMC drama or Dr. Dre’s next comeback album. I’m in on The Oracle no matter what it ends up being.”

Visiting the Other Team in the Georgetown Brawl

“In August, almost three years after my visit to CCTV, all hell unexpectedly broke loose. The Georgetown Hoyas found themselves in the parallel basketball universe that is China, playing an exhibition game against the Bayi Rockets. It was an ugly game that begat an uglier brawl that quickly became an international incident after a fan video went viral on YouTube. Images ricocheted around the world of players kicking, punching, and (in the case of the Rockets) even tossing chairs, as the fight became a metaphor for the testy rivalry between the United States and China.

“One place where the fight was not replayed on television was China. CCTV didn’t broadcast the game or show replays or discuss the fact that the country’s signature team had gotten into an alley fight with some college kids from America. Censors tried to block Internet access to the video, but few people are more determined than the Chinese hacker, and plenty of people wiggled around the Great Firewall for a glimpse of the fight. Mostly, they thought it was a joke, an embarrassment, though for some Chinese hoops fans, the fight was more proof of the irreversible decline of the Bayi Rockets.”

What the Joker Was Doing Naked

“Instead, these are just superhero comics, except for All-Star Western, and even that one’s set in Gotham City. There’s a ceiling on how many people are going to need this sort of thing in their lives. So call it a retrenchment move disguised as a reimagining. A company doubling down on the kind of stuff that has, historically, brought surly 16-year-olds and grown-ass men with the taste of surly 16-year-olds in the door. That’s a stereotype, but that’s what target audiences are — straw men with money. The tits and gore aren’t there because anybody’s confused about how to speak to their intended audience; they’re there because DC knows exactly what it’s doing, and when other media are eating your lunch you play to your base, and you print the books in a language called Badass. Movies can give you a Joker played by Heath Ledger and video games can give you a Joker you can punch in the nads, but no one in those industries would sign off on a Joker who’s naked and asking to have his face flayed. Only comics can give you that, because only comics would.”

Our resident Yankees and Phillies fans react to the unfortunate results of their respective Divisional Series.

“I was physically introduced to Y____ in the most standard of ways: There was a knock at my office door, and I told the knocker to enter. The entrance swung open and a man stepped into the room. I knew who he was before he told me. There were no surprises.

“He was a man. A strange-looking man, but nothing more.

“He was tall and he was thin. Cadaverous. Perhaps six feet five or six feet six, but no more than 175 pounds. His head was a skull on a stick; it was shaved to the skin, but I could see a subtle shadow where his hair would sprout. The hairline was receding. He wore an oversized black T-shirt, khaki pants, and garish white tennis shoes. His arms were wiry and unnaturally long. His nose was large, as were his Adam’s apple and his ears. His teeth were jagged and yellow. ‘Ichabod Crane,’ I thought to myself. ‘He looks like an actor auditioning for the role of Ichabod Crane.’ It was a sweltering day in May, but he was barely sweating. I can recall this because I asked him where he had parked his car (at the time, I was in the midst of a minor parking dispute with a neighboring office building and lived in constant fear that my patients might get towed). He mentioned that he had arrived on foot. I could not imagine how a man in a black T-shirt could walk any distance in the 90-degree Texas heat without perspiring, but Y____ was immune. When he shook my hand, it was cool and dry, like a brick from the cellar.”

NFL Strategy: Darren Sproles and the Rise of the Space Player

“In recent years, the NFL has seen a dramatic rise in the number and quality of skill players who do their damage not just by moving the pile or outrunning defenders, but also by working the flats and soft spots on the football field. These naturally gifted players need just a little bit of open territory to operate, and when they get it they incinerate defenses. They operate in the area between the short dive up the middle and the long bomb down the sideline. They are ‘space players.'”

“Courtney Stodden is the child bride (17) of Doug Hutchinson (51). Quick quiz. Is Stodden:

“The answer? Somewhere between C and D. Courtney Stodden is a 17-year-old aspiring pop star who can be generally described as ‘mature-looking.’ She looks less like a teenage girl than a middle-aged divorcee attempting to look like a woman in her early 20s trying to look older. She recently married Hutchinson, a character actor who played ‘Horace Goodspeed’ on Lost, ‘Loony Bin Jim’ in Punisher: War Zone, and various small roles with names such as ‘Ifty,’ ‘Baseline,’ ‘Hoop,’ ‘Obie,’ and ‘Sproles.’ Most notably to me he played ‘Tooms’ in two terrifying episodes of The X-Files.”