Bowl Season Is Upon Us — Don’t Get Injured

The Curious Case of Lee Child 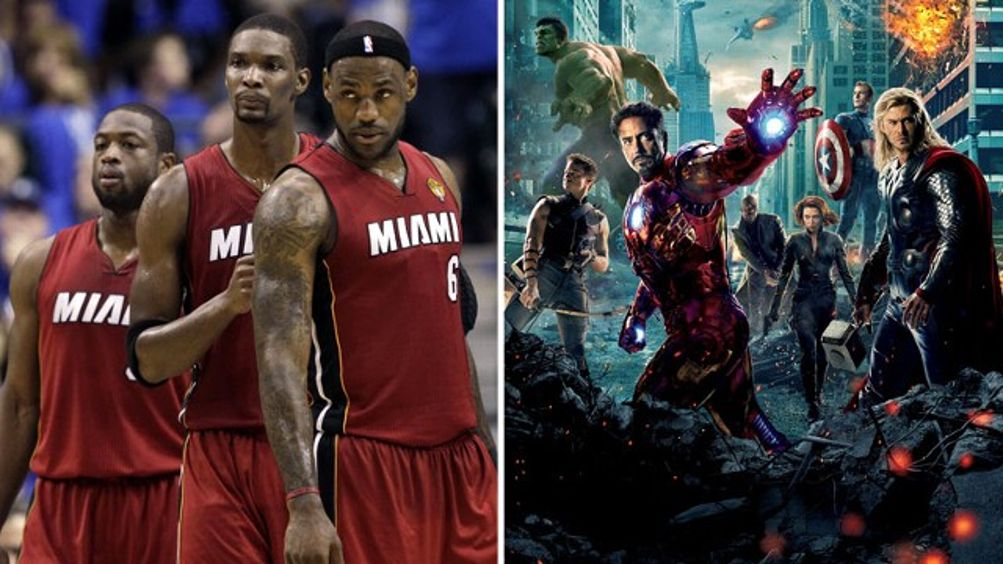 It took a village to get things done this year. Our president, for instance, won a second term only after the kids, the ladies, the gays, Latinos, Asians, blacks, and assorted other 47-percenters came together electorally and stood behind him. Generally, 2012 was the year of the ragtag crew. In particular, it was about the ragtag crew as strategically concocted for maximum domination, namely the Miami Heat and Marvel’s The Avengers.

In 2010, LeBron James traded his Cleveland kingdom for a subdivision in Miami. The announcement was a national embarrassment. The season that followed — with James alongside Dwyane Wade and Chris Bosh, the so-called Big Three — ended the way many hoped it would: with the Heat watching another team spray itself with champagne. For almost any other team, that kind of runner-up finish would have been commendable. But it was fun recasting James as the Susan Lucci of the NBA. Still, he soldiered on unfazed, forming a style tandem with Wade, who willingly became his co-diva in outré attire, and cutting down on commercials that failed to sell him as a man of both the house and the local barbershop — Samsung (his shrewdest sponsor) generously calls its smartphone the Galaxy, not the supernova.

Still, even though you understand how much the sport — all sports — are businesses and that the object is for a team to comprise the greatest players, you could also never shake the feeling that the way the Heat rigged itself for victory was especially crass, and no matter how far from Cleveland James got that he would always be cavalier. That impression changed in late March, a month after George Zimmerman shot Trayvon Martin in a suburb 20 miles north of Orlando. The shooting had become a national scandal about race, profiling, guns, and self-defense laws. There was also the fact that Martin was killed in a hoodie, which Zimmerman seized upon in his 911 call. The Heat surveyed the situation, and in a photograph, wore team sweat jackets, pulled up the hoods, and hung their heads low.

The image James tweeted was mournful, solemn, angry, provocative, threatening, and devastatingly empathetic. It was also hauntingly beautiful, like a living Jacob Lawrence painting. For one instant, they weren’t the Miami Heat. They were Trayvon Martin. To feel the power of that photograph — the way it visually unified a team that had seemed immune to cohesion — was also to feel your skepticism recede. We might have refused to accept these men as more than a cynical championship machine. That image insisted they were more than a team. By June, they’d come even closer together and taken the NBA Finals. The victory was a turning point, albeit a seemingly inevitable one for both James and this incarnation of the Heat. It was also an anticlimax. No matter what happened during the playoffs, they had already become victorious back in March.

One of the many striking things about that photo was the way it evoked certain superhero iconography. It looked like the cover of a yet-to-be-inked special issue of some aptly titled comic book: Justice League, say.

Marvel’s The Avengers opened early the next month. It made a lot of money and never really stopped. Sight unseen, it was a depressing representation of all that Hollywood movies were becoming: a dozen good-to-greatish adult actors pretending to be characters a lot of people have spent decades wishing would come true. The depressing part wasn’t that Iron Man and the Hulk and Thor were in the same movie as Captain America, Hawkeye, et al. It was that the studio had spent five years whetting appetites for this movie with other movies. Even if you were a fan of the comic, you might not have been able to damn your disbelief. Hundreds of millions of dollars were spent more or less advertising for a movie that was likely to be a bunch of Oscar nominees standing around in nice costumes.

But what The Avengers represents turned out to be separable from what The Avengers is. Joss Whedon orchestrated this production, and he took the expectation of what it ought to be just seriously enough, much as J.J. Abrams did with his Star Trek movie from 2009, without drowning it in studio directives or geeky slavishness. The expectations of nerd culture — and they are high even for a title like The Avengers, which really never raised that many pulses — aren’t a chore for Whedon. They’re a source of energy. They’re obstacles to be overcome.

He’s the first director to approach this material as a fan might: He understands the particularities and dynamics of the Marvel universe enough to not tinker with its properties, but he can open up that universe enough to tell a moviegoer that anything is possible in that specific comic-book way. The Hulk can grab Loki by the ankles and bash him into the floor as if he were cleaning a rug — an exhilarating moviegoing moment in that Whedon and his crew had figured out how to align comic-book physics with movie-world physicality in a way I had never seen before.

It was not a great adventure. Whedon is a television guy. He thinks episodically, which means, in this case, that the movie didn’t build up. It built across, even as it climaxed. The lateral move meant the characters didn’t have to evolve. They are as catty and butch and square in the end as they are in the beginning (that’s comic books, too), and there was no vision for this thing — well, the achievement of The Avengers as a platform itself was the vision. Whedon is probably most proud of all the repartee he wrote. He knows that was all that kept these actors from action-figuredom.

In any case, this sort of extra-strength blockbuster managed to eat more of the global box office than the individual parts that made up the whole. So laughing at the hubris and effrontery of Marvel’s starry ensemble just allows its makers to laugh louder at you in much the same way the Heat were permitted to in June. Both juggernauts had in common their epic proportions, absurd collection of egos, presumed adoration, and built-in hype.

Stark is a send-up of what the Heat seemed to embody. The perception was that for the Heat, the championship was some kind of God-given right. Why even have a season? We exist!

What was compelling about both the movie and the team was that the bigger or less avoidable they became the more attached we got. We loved — or with the Heat, learned to love — these two overdogs, despite all the engineering and corporateness. The person you felt sorry for in The Avengers was Captain America. The wartime patriotism and optimism he symbolized and promoted had been replaced with the 21st-century Teflon egotism of a slutty billionaire who couldn’t be bothered to treat superheroism or his coworkers with respect. It’s all a game to Tony Stark. (If Mitt Romney had had an ounce of Stark’s charisma, he’d be in the White House.)

The entitlement that made Stark the Avengers’ most popular member is what drove people nuts about the Heat. Stark is a send-up of what the Heat seemed to embody. The perception was that for the Heat, the championship was some kind of God-given right. Why even have a season? We exist! If the Thunder had managed to vanquish Miami in the Finals, it would have been David trouncing Goliath, which in theory is the sort of feel-good story we love. But the Heat won, and for a lot of people, including some of their haters, that felt good, too.

The ironic popularity of the movie and the excitement for that team upend this mythology we hold onto about the little guy. When New York Times film critic A.O. Scott saw little to love in The Avengers, Samuel L. Jackson demanded Scott be fired and dozens of fans concurred. Some of them hadn’t seen the movie. In any case, they weren’t fighting over Beasts of the Southern Wild or Moonrise Kingdom, they were staunchly standing up for a $220 million production. They were standing up for the Big Mac.