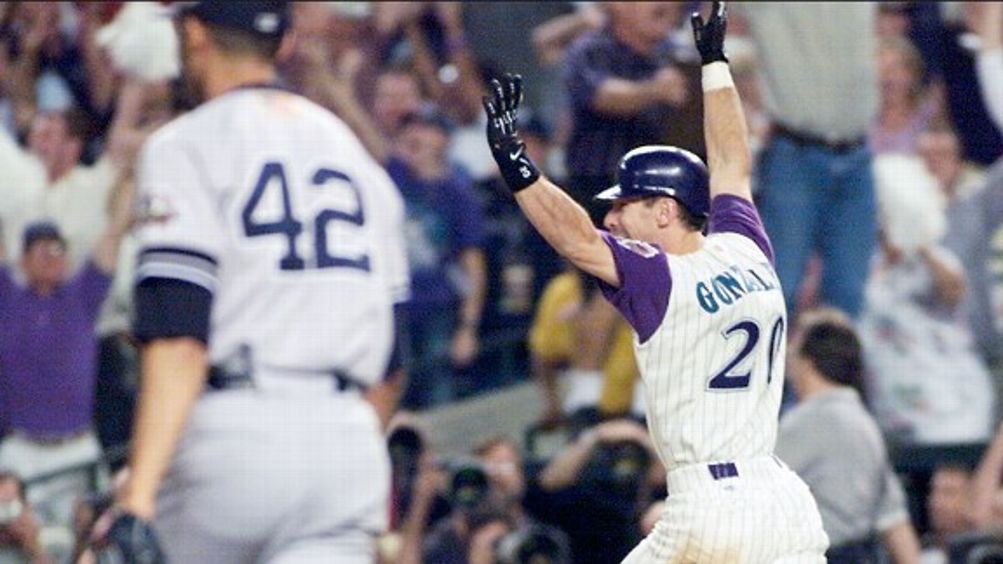 John T. Brush was an orphan, a Civil War veteran, and a robber baron. He was born in 1845, and by the 1880s, he was a prominent baseball owner, a crotchety tycoon who used his department-store fortune to purchase franchises in Indianapolis and Cincinnati before taking control of the National League’s New York Giants. It was Brush who first proposed an unpopular salary cap he referred to as the “Brush Classification Plan.” It was Brush who harbored such a grudge against the American League that he refused to allow his Giants to play the Boston Pilgrims in 1904, thereby resulting in the first of the two World Series-less falls of the 20th century. The players disliked him; the media tore into him with a purplish rage. “Chicanery is the ozone which keeps his old frame from snapping,” wrote the Sporting News, “and dark-lantern methods the food which vitalizes his body tissues.”

Brush died 99 years ago, en route to a sanatorium in Southern California to recuperate from a car crash. Unless you harbor a fetish for the dead-ball era or the history of Midwestern textile operations, you have almost certainly never heard of him. And neither had I, until one night, in the midst of yet another protracted postseason series, I thought of a simple question that seems to have no definitive answer. What I wanted to know was how the idea for a seven-game series had begun, and why it became the conventional wisdom among three of the four major professional sports in America, and why this format has come to feel so inherently equitable. And what I realized is that, as much as we would like to think that we have evolved over the course of the century since John T. Brush expired on that cross-country train, and as much as we believe that we’ve found new and better ways to quantify information, the structure of determining a champion in professional sports is still based as much on superstition as it is on rational thought.

To trace the origins of the seven-game playoff series in America, you have to hearken back to the 1880s, to a time when baseball was played by men with nicknames like Heinie and Kid, to an era when obdurate moguls like Brush and William Chase Temple bankrolled the sport. The first World Series — originally called “The Championship of the United States” — was three games played in 1884 between the New York Metropolitans of the American Association and the Providence Grays of the National League, and from then until 1890 a variety of formats were utilized: In 1887, the series went 15 games; in both 1885 and 1890 — in a triumph of Seligian logic — the series ended in a 3-3-1 tie.1

Once the American Association folded, the National League enjoyed a monopoly; without direct competition between leagues, the postseason ceased to exist. After Temple’s Pittsburgh Pirates finished second in 1893, the lumber baron established the Temple Cup, a championship series between the first- and second-place teams in the NL. Temple’s creation was a miserable failure — the perception among fans was that the regular season had already determined the champion, and so it became the Pro Bowl of the Grover Cleveland era.

And yet, there was one lasting legacy: Temple had specified that each Cup would be a seven-game series. And a decade later, after John T. Brush first chose to boycott the World Series, after the Sporting News subsequently likened him to a swamp thing, Brush saw the error of his ways and advocated for the same format, presenting a plan to National League owners for a World Series against the American League. These were the “Brush Rules”: They were adopted in February 1905, and have endured for a century.

Whether Brush was directly influenced by the Temple Cup no one can say. But here, via author and sabermetrician Steve Steinberg, is an excerpt from a 1920 edition of Spalding’s Official Base Ball Guide:

… it was his first intention to limit the games to five, the club winning the first three to be the world champions. Mr. Brush was not a superstitious man — far from it — but in talking the matter over remarked that seven might be a better test because it would give more pitchers a chance, and added jokingly: “And then you must remember that seven is a lucky number.”

Nine decades later, with the exception of baseball’s wild-card series2 and the NFL,3 everything that matters in major professional sports is best of seven. It has become the optimal figure, proliferating from baseball to hockey to basketball, largely due to the whim of a curmudgeon no one remembers.

“Nothing has been proven after that many games,” says a man named Carl Morris, whose career is devoted to dispensing with superstition. Morris is a statistics professor at Harvard, as well as the faculty adviser to the Harvard Sports Analysis Collective, a student organization dedicated to quantitative analysis. He’s spent years immersed in the numerology of sport, particularly baseball; when I called him to discuss the probabilities of a seven-game series, he immediately gravitated toward the obvious mathematical point, which is that for any type of playoff to determine the better team to a statistical standard of 95 percent accuracy, it would have to last for months, if not years.

Let us say, for instance, that the Indians meet the Yankees in next year’s American League Championship Series. And let us say that most oddsmakers presume that the Yankees have a 55 percent chance of winning each game in the series this series (a considerable edge); in that case, according to Morris’ charts, the Yankees would have a 60.8 percent probability of winning a seven-game series. But now say the series is five games: In that case, with all other factors being equal, the probability would drop, but only by 1.5 percent.4 In a three-game series, it would fall another 1.8 percent. And in a nine-game series, it would only jump to 62.1 percent.5

Of course, there hasn’t been a nine-game championship series in a major professional sport since 1921 — that was the final season of baseball’s three-year experiment with a best-of-nine World Series, which ended after attendance at the eighth and final game between the Yankees and Giants fell from 35,000 to 25,000. Whether this drop was a byproduct of the series’ length or the blustery weather, no one can say (not even Steinberg, who cowrote a book about the 1921 season); but the following year, according to the Official American League Guide, “The seven-game advocates contended, justly we think, that the nine-games [sic] series was too long, as well as too expensive for the public, and that anyhow the real reason for the extension was purely commercial.”

It is difficult to imagine the modern World Series or the NBA/NHL finals expanding to best of nine or best of 11 or best of 15. It seems gratuitous; it would evoke reflexive moral outrage. But if we now readily acknowledge that professional sports are a purely commercial enterprise, why shouldn’t someone experiment with it?

“In statistics, you’d want to have something like sequential analysis,” Morris says. “If one team won a bunch of games at first, you’d quit. If it’s really close, you’d extend it. I think what they try to do [with seven-game series] is give some sense of fairness, but it’s really a revenue-maximizing thing. And the fans seem to accept it.”

From a pure psychological standpoint, perhaps there is some merit to our acceptance. It is only natural to presume that — since it has proven near impossible for a team to rebound from a 3-0 deficit to win a seven-game series, and since a 2-0 deficit seems like so much less of a psychological black hole — the seven-game series is a Platonic ideal, and to extend it or shorten or otherwise experiment with it would be blasphemous. But in the end, it’s really just a lucky number.

Previously from Michael Weinreb:
The Best Passing Quarterback Ever
The Saturday Agenda
The Quarterback Quandary

Annoying Boise State
The Rise of Indiana Football
Where is Micheal Ray Richardson?