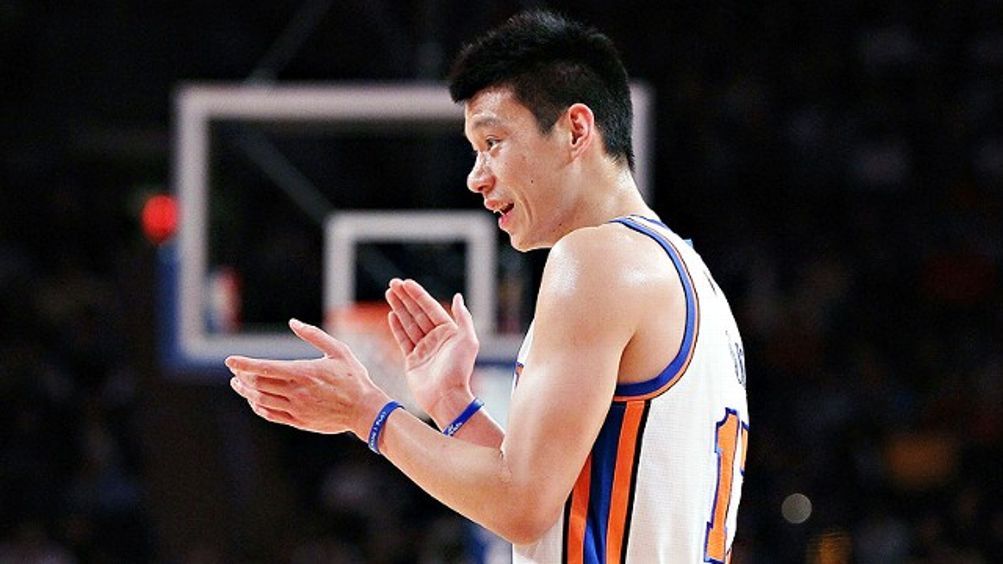 Consciously or not, writing on the Internet is always, in part, about the Internet. Every meme, news story, and event has its own momentum and it’s nearly impossible to commit anything to print without first taking into account how, exactly, the topic at hand has been handled by the thousands of bloggers who hit “publish” before you. And because bloggers are such a self-aware bunch (not in a particularly good way, but more in an “I know I’m probably wasting my life and destroying the pursuit of truth in the process” way), stories usually get processed through the Internet’s very own internal logic. As such, when news breaks about Jeremy Lin’s potentially season-ending injury, one must resist the urge to call up Keyboard Cat to play off the entire Linsanity era. In about 30 or so games, Jeremy Lin inspired about 50 different memes, an Internet scandal, T-shirt contests, and a mini-cultural revolution. All that noise has mostly been put to rest — Jeremy Lin now exists as a promising 23-year-old point guard and an even more promising business opportunity to whatever team ends up paying for his services

Investing in Linsanity is a high-risk, high-yield gamble. Has there been a more volatile 35-game sample in the history of professional sports? What do you do with a point guard who scored 161 points in six games and dragged a thoroughly depressing, wildly expensive team into the international spotlight? How do you monetize Jeremy Lin’s impact in China against salary caps and luxury tax multipliers? During the first week of Linsanity, the stock prices of Madison Square Garden, Inc. went from $29.32 to $31.15, increasing the company’s value by $139 million. That was a week. How the hell do you build a business model around that? What’s more, the Knicks have already gone through five different acts this year — the terrible, joyless bunch that was a nightly candidate for our “A Fate Worse Than Death” series; the Linsanity Knicks; the Re-Education of Carmelo Anthony; the Melo witch hunt; and now, the Woodsanity era. Given the team’s instability and the fact that Jeremy Lin will no longer be available for evaluation, how do the Knicks decide what to offer him? Do they take the happy, relatively turnover-free Woodson era, break the bank, swallow any luxury tax implications, and present their fan base with Lin, Melo, STAT, and Tyson Chandler and absolutely no one else of consequence? Or do they change course, à la the Broncos, and make a very unpopular basketball decision?

Despite the small sample size, Lin has proven that he can be an above-average starter in the NBA. He’s not Steve Nash or Derrick Rose, but he’s probably going to be better than Jameer Nelson and Mike Conley Jr. He has already shown his considerable ceiling — he’s always been a bit streaky, so it’s not unreasonable to suggest that he will have a couple stretches each year where he torches the league for 25 points and 10 assists a night, just as there will be nights when he looks overmatched and confused. Improvement will most likely come in the way of consistency on both ends of the court. Let’s not forget that Jeremy Lin has played in five different systems in his two years in the NBA. Once he settles in with a coach and a steady set of teammates, there’s no reason why he won’t become a very good point guard on a very good team. His turnover totals aren’t as big of a problem as they’ve been made out to be — every primary ball handler in Mike D’Antoni’s system turns the ball over. As long as Lin’s aggression creates better opportunities for him and his teammates, he’s doing his job. By all accounts, Lin’s success has been the result of tireless work in the offseason and the ability to apply what he’s learned to in-game situations. These types of players always get better as they enter their prime.

But what, exactly, is Jeremy Lin, the above-average point guard and potential international marketing juggernaut, really worth?

Let’s start with a brief primer on Lin’s contract status for next year. Lin will be a restricted free agent and the Knicks have two cost-effective ways to keep him onboard. They can offer him the $2 million bi-annual exception or they can offer him the $5 million mid-level exception. Because Lin is a restricted free agent and has only played two years in the league, the Knicks are protected by the Gilbert Arenas provision. The Arenas provision states that Lin’s salary must be roughly $5 million for the first two years, but it also allows for a team to put in a four-year offer sheet with an average salary that matches the remainder of their cap room. For example, if the Nets lose Deron Williams and decide to bring Linsanity to Brooklyn, they can offer somewhere in the neighborhood of four years, $36 million, with about $26 million backloaded into the last two years of his contract. It’s hard to imagine anyone will want to give such a massive backloaded salary, but given estimates of Lin’s worldwide marketing value, it’s possible that a team might just want to swallow the luxury tax hit and make it all back in yuan.

Here’s a list of teams that could offer Lin deals that would go significantly beyond the mid-level exception: Houston, Boston, Cleveland, Indiana, New Jersey (without Deron Williams), Toronto, Dallas, Denver, Minnesota, New Orleans, Phoenix, Portland, and Sacramento. The Rockets, Celtics, Cavs, Nuggets, Timberwolves, and Kings already have young point guards, while Indiana and New Orleans don’t necessarily seem like the best host cities for Linsanity relaunch. Dallas, who will be losing Jason Kidd, might be an interesting destination if Deron re-signs with the Nets. Mark Cuban is also one of the only owners in the league who has the money to take a luxury tax vs. overseas marketing gamble, but it’s difficult to see him turning over the future of his franchise to a player who has logged fewer than 35 meaningful games in the NBA.

That leaves New Jersey and Toronto. If Deron leaves, the Nets should put in an offer on Lin that far exceeds the $5 million annual salary that the Knicks will offer him under the mid-level exception. If Lin signs, the Brooklyn Nets become a worldwide brand. If the Knicks match the offer sheet, they’ll be fiscally handicapped through 2016 with a roster that still doesn’t make a whole lot of basketball sense. Toronto is paying Jose Calderon about $20 million to be their point guard for the next two years, but they, perhaps more than any other team in the league, need a face for their franchise. With Jerryd Bayless, Jamaal Magloire, and Aaron Gray coming off the books, Toronto could offer Lin an average salary in the $10 million range. Toronto, home to approximately 800,000 people of Asian descent, currently ranks in the middle of the pack in terms of attendance. The biggest crowd at the Air Canada Centre this year came on February 14, when Lin hit a game-winning 3-pointer over Jose Calderon. According to the National Post, the fans in attendance for Asian Heritage Night “cheered Lin the first time he touched the ball, and every time he scored.” Linsanity 2.0 would not only boost Toronto’s attendance, but could possibly provide a marketable basketball face for all of Canada. Given Lin’s scoring instincts and size, a pairing with Calderon might even make some (albeit not much) basketball sense. Could a team built around Lin, Andrea Bargnani, Calderon, and, say, Michael Kidd-Gilchrist compete with Chicago and Miami? Of course not. But would they be an entertaining, half-decent squad that could fill seats and give the Raptors a desperately needed identity? Probably.

Of course, this is wild speculation. Most likely, Lin will understand that his best endorsement and career potential lies in New York and sign a one- or two-year contract with the Knicks for the mid-level exception. If, after another year, he’s a $12 million to $15 million per year player, he’ll have the freedom to command that salary on the open market. But before we all sign on for another year of STAT, Melo, Chandler, and Lin fighting to make the playoffs, let’s remember that no young player in the history of the league has ever turned down more years AND more money to stay with a team. Yes, any team that would backload Lin’s salary would be rolling the dice on a player who was about to wash out of the league three months ago. But Lin doesn’t only have basketball upside. He is perhaps the only player in the league with unlimited marketing upside. And in that way, he’s actually less of a risk than, say, DeAndre Jordan or (gulp) Rashard Lewis, who do nothing to move jerseys or improve the brand of their respective franchises. Is it really inconceivable that another team might steal Lin away from New York?

Correction: An earlier published version of this piece stated that the Nets could offer Lin a backloaded four-year contract that would pay him $46 million over the last two years. That figure would exceed the yearly max. The correct number is somewhere in the area of $26 million over two years.