Division Zero: What the NCAA’s ‘Power Five’ Autonomy Decision Means for the Future of College Sports 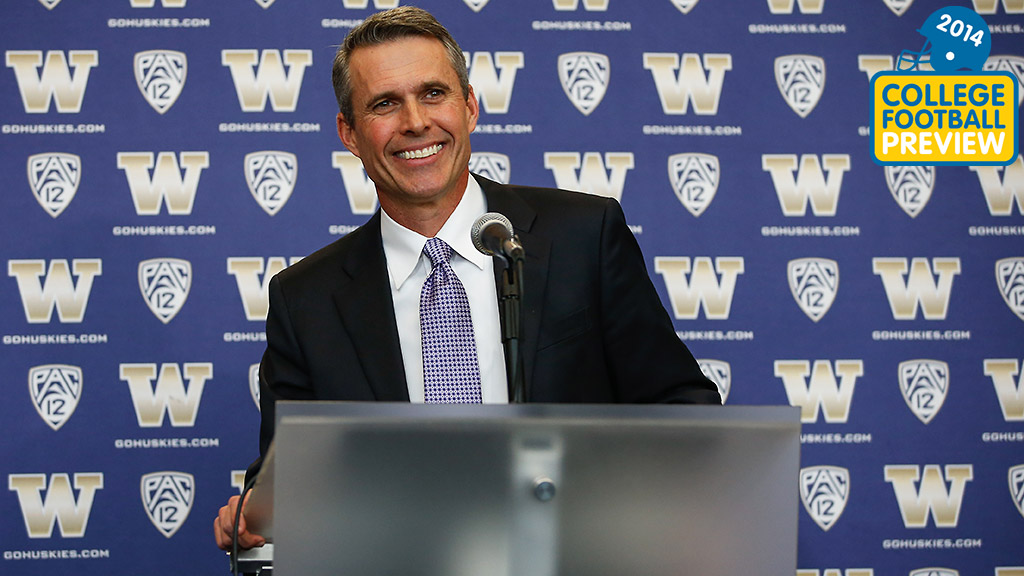 As you may have heard, Thursday was a landmark day for college sports. You have questions about the new structure? We have answers.

The NCAA’s Division I Board of Directors voted 16-2 to approve a new governance model that allows the 65 schools in the so-called “Power Five” conferences (the ACC, Big Ten, Big 12, Pac-12, and SEC) to set certain rules for themselves independent of the other 280 schools classified as Division I programs. With the board’s approval, the top dogs now have autonomy to increase the value of athletic scholarships, loosen restrictions on outside money for athletes, allow access to agents, and set their own parameters for things like recruiting trips, travel stipends for athletes’ families, academic standards, and the maximum size of coaching staffs — all without having to accommodate the schools that can’t afford to spend as much in these areas. (The full structure is available here, courtesy of the Division I Steering Committee on Governance, and has also been translated into English by the New York Times.) The decision also changes the structure of the NCAA bureaucracy, creating something called “the Council,” which will consist of four conference commissioners, two faculty members, and two “student-athletes” tasked with overseeing day-to-day operations.

Effectively, although the Power Five leagues are still formally under the Division I umbrella — and under the “Bowl Subdivision” heading for football — the upshot is that the vote carves out a new, informal subdivision for the top conferences. Division Zero, perhaps?

Why Did This Happen?

The Power Five are raking in so much cash that they literally cannot spend it fast enough. Between conference realignment, renegotiated television deals, and the creation of cable networks owned by the conferences themselves, revenue among the top tier of football schools has exploded over the last four years. In May, for example, the Pac-12 reported $334 million in total revenue for the 2012-13 fiscal year, nearly three times the $111.8 million it reported in 2010-11. The Big Ten and SEC also took in more than $300 million apiece last year, roughly triple their hauls from a decade ago, while the ACC came in close behind with $291.7 million and the Big 12 kept pace with a little more than $220 million to distribute among only 10 schools. (The spoils in the Big Ten, SEC, and ACC were all divided up at least 12 ways.) And the arrival of a four-team playoff in place of the BCS means the numbers are guaranteed to keep rising.

Predictably, coaches’ salaries have gone through the roof — they are up more than 90 percent since 2006, while public universities at large have been left hanging by their fingernails amid a recession — and the race to replace and upgrade facilities is proceeding at full throttle. But the increased largesse has also increased the pressure on these nominally nonprofit enterprises to function more like the businesses they clearly are by allowing more of the profits (or at least some of the profits) to trickle down to the athletes who are largely responsible for generating them.

When the larger conferences made an initial feint in that direction in 2012, however, smaller schools managed to kill a proposal to allow beefed-up scholarships on the grounds that it would put them at a competitive disadvantage in recruiting. (As if schools outside of the Power Five leagues have ever been competitive with the heavier hitters in recruiting.) The fat cats responded by not-so-subtly threatening to ditch the NCAA altogether, set up shop on their own, and leave the governing body to languish without big-time football or its only major cash cow, the men’s basketball tournament. Thus, this new governance model was born.

In fact, if you’ve been following college sports for long enough, this situation should look pretty familiar. You know by now that the NCAA is an unstructured, Darwinian ecosystem completely lacking the central brain and top-down logic that has defined every other league in America. And you know that the constant, central narrative in the business of college sports over the past 40 years has been the ongoing stratification of the “Haves” and “Have-Nots” — and the ever-increasing stakes of rising into the former category. It’s an old story. In 1978, the NCAA drew a formal line between the really serious football schools and those just playing to play when it separated its new “Division I” classification into I-A and I-AA (now known as FBS and FCS, respectively). In 1984, the U.S. Supreme Court granted universities the ability to negotiate their own broadcast rights, overthrowing decades of “Game of the Week” deals controlled by the NCAA, which stubbornly limited the number of games on television and distributed revenues evenly to big and small schools alike.

The College Football Association, the alliance that oversaw TV deals in the wake of that decision, didn’t last long. Within 10 years of the ruling, every major football independent except Notre Dame (see Miami, Florida State, Penn State, Pittsburgh, Syracuse, and West Virginia) had leapt at the chance to get into one of the major conferences rather than go into TV negotiations alone, and the SEC had hit upon the winning idea of splitting into two divisions and staging a championship game between the victors. The subsequent gold rush led to the formation of Big East football, the demise of the CFA, and the consolidation of the Big Eight and Southwest conferences into the Big 12. The evolution of the Bowl Coalition into the Bowl Championship Series further codified the importance of being in a “BCS conference.” A little more than a decade later, the next series of tremors resulted in the death of the WAC and the relegation of an unrecognizable Big East to the children’s table under a new name.

Those outcomes didn’t change the landscape as much as they reflected it; the formal structure finally caught up to the reality on the ground, which has always been that the Haves play on a different level than the Have-Nots. The logical end of that story — what Notre Dame athletic director Jack Swarbrick once called “the big change” — is further consolidation into a single, coherently organized entity resembling a pro sports league, with the top 40 or so schools further culling the ranks until it’s no longer profitable to do so. But the ultimate “super conference” remains many years away. So while Thursday’s vote for increased autonomy is another significant step in that direction, in the long term it’s still only an incremental one.

When Will the New Rules Go Into Effect?

As early as October 1, pending a 60-day “override” period. If 75 schools submit formal objections during that span, the governance board will reconsider the proposal at its next meeting on October 30.

But All of the Have-Not Conferences are Totally Going to Object, Right?

If they’re willing to risk further alienating the schools that drive the vast majority of NCAA revenue, and potentially drive those schools from the NCAA, then yes. But smaller schools still rely heavily on payouts from so-called “body bag” games against powerhouse programs, and especially on revenue from the massively popular hoops tournament, which would not be so popular if abandoned by its marquee teams. So, probably not. 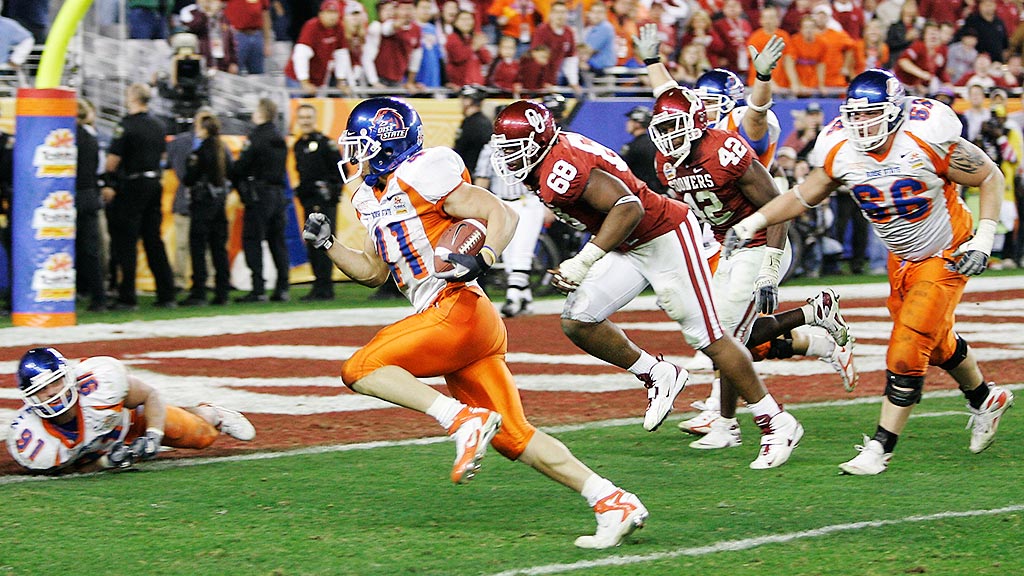 Is This the End of the “Student-Athlete” As We Know It?

On the one hand, athletes still will not be paid a “salary” beyond the value of their scholarship, still will not be able to accept outside money from boosters or advertisers, and still will not be considered employees of the school. Despite the troublesome implications of the term “student-athlete,” they will still be students who also happen to be athletes.

On the other hand, the major conferences are clearly interested in rolling back some of those restrictions — if only for recruiting purposes — and will now be free to vote in the athletes’ interests when it comes to scholarship money, access to agents, and pocketing profits from activities not obviously related to the students’ status as athletes (like, say, recording a rap album). The facade of “amateurism” remains intact, but it will likely become a little thinner.

I dunno, man. They’re looking out for their own interests.

Those interests align with the players’ interests only in the sense that these schools want to give the best players an incentive to choose to play there, resulting in (presumably) better records and (therefore) better revenues. And they align with the fans’ interests only in the sense that fans generally want to see more games between recognizable, name-brand opponents, and can be expected to pay more to do so. Nick Saban, for example, has said repeatedly that he wants Alabama to stop playing body bag games altogether and schedule exclusively within the Power Five ranks; in a new ESPN poll, 29 of the other current Power Five head coaches agreed with him — including, incredibly, Washington’s Chris Petersen, who made his name beating the big dogs as head coach at Boise State. Although realignment has tended to water down conference schedules, the ongoing divergence of Haves and Have-Nots is good news for those of you who are excited by the prospect of more big-on-big collisions in nonconference play.

Not so much, of course, if you’re one of the Have-Nots. I’m a product of Southern Miss, a Conference USA school, and so the prospect of USM and similar schools being fenced off from the top tier feels fairly dystopian. Historically, the sport’s underdogs have gotten an opportunity to play above their heads — to pull off an upset or two, finish in the Top 25, and enjoy the occasional flirtation with relevance. Over the decades, a handful of Have-Not schools (like Arizona, Arizona State, Florida State, Louisville, Miami, South Carolina, TCU, and Utah, among others) have even managed to cross the Rubicon for real.

Is that kind of upward mobility important to the fabric of college sports, part of what separates them from the year-to-year uniformity of the pros? Is it still possible to maintain when the wealthiest organizations can set their own rules and erect their own barriers to entry? If so, it’s not clear that anyone cares. And even if they do, it’s too late to turn back now.