Ten Conversations About One Quarterback

Meryl Streep: Master of the Oscarbrag 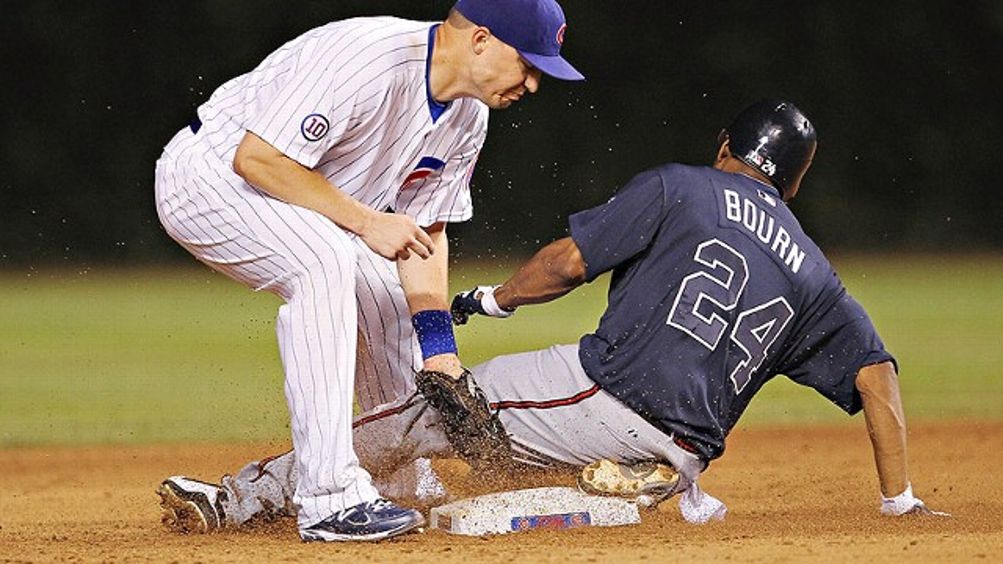 I played in my first fantasy baseball league in 1991. This was before the Internet, electricity, or running water, so we kept our own stats on reams of graph paper. The only analysis you could find came from glossy preseason magazines that offered no guidance beyond “this guy hit 20 homers last year, so maybe he’ll do it again.”

So much has changed since then. Fantasy sports exploded into an industry worth $1 billion to $2 billion, fostering a boom in expert coverage. Of all the sports, fantasy baseball has birthed the most elaborate systems for drafting a team. These various plans go by many names,1 but most of them carry the same message: Spend big on superstar hitters, then go cheap on pitching.

You can safely chuck those strategies in the trash. It’s not that LIMA, RIMA, ZIMA, and other well-known drafting approaches don’t have a track record of success. Just the opposite. For years, they’ve proven effective in experts leagues, home leagues, and two-team leagues with your cat. Therein lies the problem. If everybody at your draft table picks the same way, how can you differentiate yourself from the pack?

With the I Don’t Give A Crap plan, of course.

IDGAC’s structure is simple. Pick your favorite projections system. Baseball HQ, Rotowire, Rotoworld, ESPN, Baseball Prospectus, FanGraphs, whatever. Your one and only goal is to get a bargain on each and every player you buy. That’s it. You have no targets to shoot for other than value, value, value. You’re not loading up on hitters (or pitchers). You’re not targeting specific players. When it comes to the names called out by your competitors, you should be completely agnostic. Other than the dollar values you have marked down, you don’t give a crap.

There are a few caveats to keep in mind. IDGAC works better in auctions than it does in straight drafts. Somebody’s going to bid $48 on Matt Kemp or Miguel Cabrera in your auction and think they’re in great shape. You’ll just sit there and think, I’m one pick closer to getting a steal an hour from now. Actually, an hour might be a conservative estimate. IDGAC often requires extreme patience. You might find everyone else at the table with six or seven players before you land your first. Since auctions inevitably start with the biggest stars, that means you’ll miss out on a hell of a lot of great talent. Don’t let that deter you. If your most expensive player runs you $17, great. If a casual fan barely knows that guy’s name, even better.

The other issue with IDGAC is you could end up with a lopsided roster. If spending big on pitching has become passé, paying up for closers is fantasy leprosy. That means there’s an excellent chance you’ll leave your auction with three or four saves specialists. This is a feature, not a bug. All the big talkers who say they love to punt saves inevitably snap out of it when they realize they won’t win the league unless they get a closer or two. That gives you a golden opportunity to get big trade value for your stoppers, especially those with big pedigrees. The sooner you can cash in your best closer for outfield power or infield speed or whatever else you lack, the better.

So don’t waste days and weeks prepping for your auction. Find your favorite set of forecasts, practice extreme patience and indifference to get the best values, then be prepared to trade for more value. You’ll have an excellent chance to win your auction. My big auction league happens in three weeks, so I’ll let you know how IDGAC has done once it’s over. Feel free to share your own IDGAC draft stories (and rosters) in the coming days and weeks, via Grantland’s Facebook page.

Though auction format offers the most nuanced and interesting way to run a fantasy league, plenty of you do straight drafts. I had my first straight draft of the season over the weekend, in LABR’s inaugural 15-team mixed league. You can read about the proceedings here and check out everyone’s roster in this standard 5×5 league here.

IDGAC isn’t ideal for straight drafts, simply because being totally agnostic is tougher to pull off when you call out a player’s name and he’s instantly yours. But you can still deploy some of the same key principles while drafting.

• Don’t worry too much about drafting a perfectly balanced roster. If a closer offers more value in the 14th round than a catcher or second baseman, take the closer. You can always make trades later, same as after an auction.

• Don’t turn your nose up at pitching. The draft equivalent of spending $200 on hitters and just $60 on pitchers is to pick nothing but bats for the first seven or eight rounds. So while most of your competitors do that, don’t be afraid to jump on quality pitching as the opportunity presents itself.

• Steals are underrated. There’s a perception that speedsters are one-dimensional, that they contribute in far fewer categories than elite sluggers. This is terribly misleading. The best speed guys can leverage that talent into legging out infield hits, thus boosting their batting averages. They’re likely to be leadoff hitters, so you’re getting an extra 50-plus at-bats of that high batting average. Elite speed guys will rank among the runs scored leaders, same as middle-of-the-order thumpers. And the clincher is this: Even with home runs dropping over the past few years, they’re still far more common than stolen bases. There are a handful of base-stealers who are so prolific that they can, if not quite win the category by themselves, at least do much of the heavy lifting. Don’t be afraid to draft one of these players while everyone else obsesses over power.

The roster I landed at LABR wasn’t nearly as weird as some of the ones I’ve had doing auctions over the years. But there were a few IDGAC twists.

With sluggers like Paul Konerko and Nelson Cruz, dynamic pitchers like David Price and Stephen Strasburg, and exciting young hitters like Brett Lawrie and Desmond Jennings on the board, I took Michael Bourn, seeking to get halfway to my steals goal (or thereabouts) with one pick.

Though I did start the draft with four straight bats, three of the next four picks were pitchers.

And while taking a closer too early in a draft will get you mocked for weeks, Mariano Rivera was on the board at no. 106. If you drafted Mariano Rivera anytime in the past 16 years, you’d have been happy with your pick. There’s no other player alive who’s gone that long without once turning into a bust. Owning the closest thing there is to a sure thing is a great way to not give a crap.