A New Approach to Fantasy Baseball 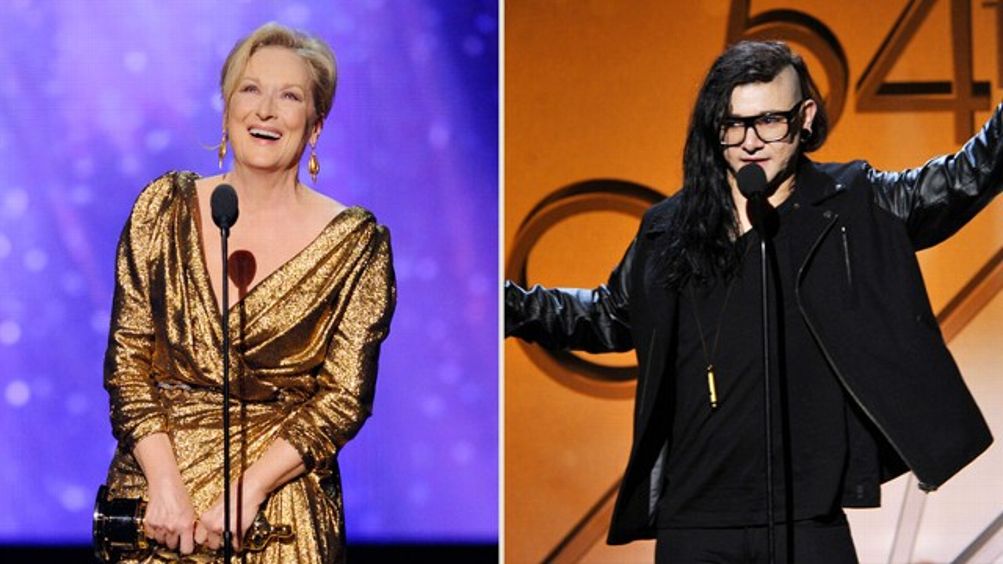 The column is coming out so late in the month because I wanted to wait until Oscar night. In terms of Humblebragging, Oscar night is basically my Christmas (or what I imagine most of you people feel like on Christmas. I’m a Jew. But I’m not really “practicing.” I am circumcised and stuff, but I still have some questions about religion in general. But I digress).

The most egregious Humblebrag from the awards show Sunday night has to go to Meryl Streep:

Look, I love Meryl; I am, after all, a human being. But if there was any combination of words that would make (fellow nominee) Glenn Close want to actually murder Meryl Streep, she chose the very one.

Oh! And, guys! Not only is February the month in which the Oscars are held, but there’s also the Grammys! That’s like my Ramadan! Or what I imagine it to be like!

And so with that, I give you the best Humblebrags of the month. Peppered throughout are some choice Oscar/Grammy-related ones. I also threw a Super Bowl one in there for good measure. Enjoy!

File Miranda Lambert under “had to look up who she was.” Although, I’m sure I’m in the minority here since she plays country music — which is somehow the most popular genre of music ever, even though I have never met one person who listens to it.

“Dear Grammys. I love y’all but please send me a driver that knows where she is going next time. I am 1 1/2 hours late for glam. Need a drink”

Can someone out there in the cyber-sphere make sure that the Grammys get this message? I’m not sure if this is how they receive their mail.

Tyler Sash won the Super Bowl this year. Here is his public statement about it:

The shortest Humblebrag ever. A new record.

Skrillex is a 14-year-old dubstep DJ who — as far as I can tell — is known for his half-shaved head and ambiguous acne.

“I don’t feel special, except I’m good at poker. What a blessing then, that I can make people so happy by simply taking a picture w them!”

I watch an unnecessary amount of poker on TV, so I’m now going to say something I have always wanted to say: Shut up, Phil Hellmuth.

“My wife’s agreed to attend the Oscars with me 4 the 1st time. You can’t miss us. She will be the pretty lady. I’ll be the schmuck in a tux.”

What I like about this one is the not-so-subtle way in which David Wild lets us know he has been to many Oscars. This Humblebrag has a nice calling-yourself-a-shmuck finish. Great stuff all around.

I’ve been a bona fide Matthew Lillard aficionado ever since he was half of the murdering duo in Scream (spoiler alert). Regardless, he recently busted out some grade A humblebraggery …

For the record, I think playing Mafia with Tim Tebow is already pretty lame.

Jared Followill is a King of Leon.

“My girlfriend tells me I look JUST like Patrick Dempsey. Do I? Come on! No!”

Kieran Long is an architecture critic.

“Hilariously, I think i’m on TV in Sweden right now.”

I, too, have no idea why this is hilarious.

Millionaire Matchmaker in the building!

“Why is it men always tell me I’m beautiful when I don’t have a stitch of make up on? So crazy!”

In terms of “this type” of Humblebrag, this is maybe the worst. The only response you could possibly get from asking this question is “Because you are naturally beautiful!” Or men are lying to you.

I put this at no. 1 to make a point. A thing I see frequently in the Humblebrag game is people taking someone’s death and making it about themselves.

“wow, was on the way to Clives party and had to turn around upon hearing the news. too tragic. God rest your soul Whitney”

I’m sure Mark was genuinely very sad about Whitney, but I don’t think he needed to mention that he was on his way to “Clive’s” party. Also, don’t just call him Clive. That’s gross. Also, don’t do it at all.

Okay, that’s all! See you next time!