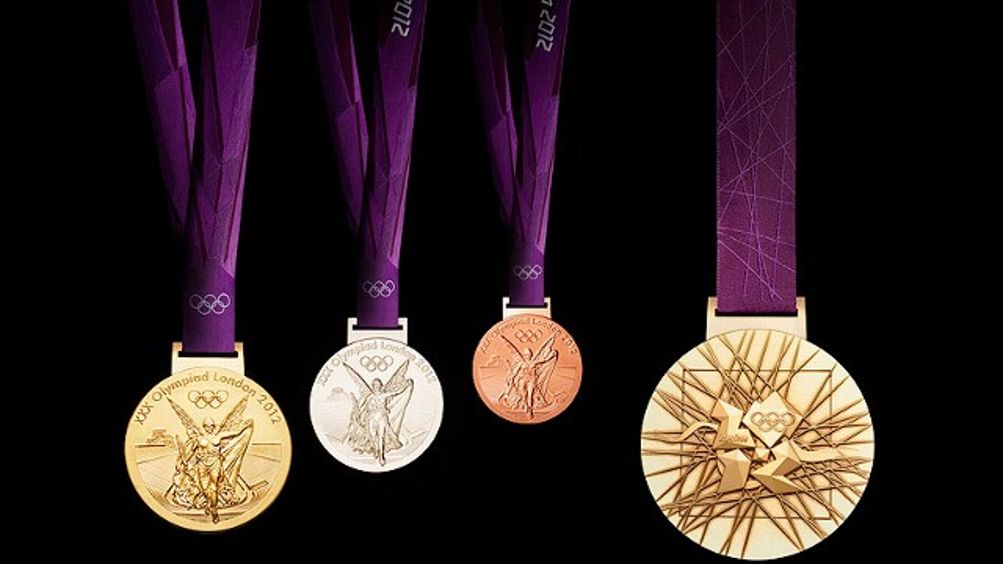 “The Olympic Games are competitions between athletes in individual or team events and not between countries.”
— International Olympic Committee

We are again in the midst of the quadrennial spectacle of naked nationalism and amazing athletics that are the Summer Olympics, and the question on everyone’s mind is who will win the most medals. Not which person — which country.

Economists have taken time out of their busy schedules of destroying the world to provide insights into which factors help make countries successful in their bids for Olympic glory.1

The first factor is population. If athletic ability is roughly equally distributed around the globe, the more citizens you have, the more great athletes you are likely to have. It stands to reason, for example, that Australia will likely win more medals than New Zealand, simply because it has five times the population.

But population isn’t everything. As in most areas of modern life, money matters too. If a country is made up of subsistence farmers, it is not going to have much athletic infrastructure, government or private support, or even enough well-nourished citizens to excel in sports on the global stage. So the second main factor that economists use to predict Olympic success is per-capita income.

So, being rich in raw materials (people) and having the wealth to develop them are the main economic determinants of Olympic success. And, since population and wealth are not distributed equally across countries, neither are Olympic medals. In the 2008 Beijing games, 65 percent of the gold medals were won by athletes from only 10 of the 200 countries that competed.2

Other Strategies for Success

All is not lost for the smaller and poorer countries of the world, though. There are ways to beat the system and outperform your fundamentals.

The first way is for national governments to make a priority of the Olympics and funnel extra resources into recruiting and training athletes.

It is well known that countries who are hosting the games tend to earn significantly more medals than their respective incomes and populations predict. Interestingly, the host country also does better in the Olympiad immediately before it hosts (but after it knows it will be hosting). Host countries, many years in advance, ramp up their athletic investments to have a good showing when the eyes of the world are focused on them, and generally those investments succeed even before the host games.3

For example, 10 years ago, Britain was not a major power in the sport of track cycling. The turning point came when Chris Hoy won three gold medals at the Beijing games. But that was no accident. A $7.8 million grant, funded out of lottery revenues, gave Hoy and others the luxury of training full-time. Britain was investing in its athletic future. In track cycling in Beijing, Britain won seven of the 10 events and 12 medals in the area; the country hadn’t been expected to attain such heights for another four years. Overall, the U.K. won 47 medals in their 2008 “pre-host” Olympics, far more than they won in any Games since 1908 (they won 28 and 30 in 2000 and 2004, respectively).

In the old days, the communist countries boosted their medal totals with big investments in training and rewards for the top athletes; in the case of the Soviet Union, the investment was extensive and pretty much across the board in most of the major events. Today, countries’ efforts are often more modest. For example, the first Olympics trampoline competition was held in 2000, and circa 2012 Canada is fielding a strong group of veterans, with a good chance to take home some medals. The Canadian government has been strong with its support.

Along these lines, countries can beat the system by focusing on their comparative advantages. Countries with a lot of coastline often have an advantage in swimming, surfing, and boating compared to landlocked countries. Countries with high altitudes have an advantage in training long-distance runners compared to sea-level countries. Economists Moonjoong Tcha and Vitaly Pershin show that focusing on comparative advantage significantly boosts medal performance.4 Consider the sport of beach volleyball, where seven of the eight gold medals awarded (and 15 out of the 24 total medals awarded) were won by the U.S. and Brazil. What about the one gold medal these two countries with huge coastlines and beach cultures didn’t win? That’s right, it went to Australia.

A country can also win more medals by strategically focusing on events in which it is relatively easy to win medals. These tend to be events that are individual in nature and for which a lot of medals are handed out per event. Think boxing, or the martial arts, where a full set of medals is given in each weight class (taekwondo gives out four medals per weight class). Ireland’s best chance for a gold medal may well be Katie Taylor for women’s boxing. Commonly with team sports there is just one set of medals for the entire sport — as with men’s basketball — and of course smaller and poorer countries will have a harder time reaching the top in those areas.5 Bulgaria has found Olympic success using these strategies. They’ve won 51 total gold medals in all the Summer Olympics, and 32 of them have come in three sports: weight lifting, wrestling, and shooting (with 12, 16, and four gold medals, respectively).

Finally, a country can increase medal counts by strategically importing citizens. A country’s Olympic athletes do not have to be native-born, and countries sometimes grant citizenship very quickly to foreign-born athletes who can help their Olympic cause. Other times it’s exporting individuals that boosts a country’s chances. Spain uses both strategies; importing Serge Ibaka from the Congo and having him and the native-born Gasol brothers hone their skills in the NBA.

Will China and India, the two countries with populations over 1 billion, dominate the Olympics of the future, especially as they become wealthier?

To date, their Olympic performances are almost polar opposites. China has become an Olympic powerhouse while India has underperformed. From 1960 to 2000, China won 80 gold medals, while India won only two. Over those 11 Olympiads, India only won eight total medals while China won over 200. While China has grown faster and is richer than India, the difference in wealth can’t begin to account for the chasm between their Olympic results.

In their book Poor Economics, MIT economists Abhijit V. Banerjee and Esther Duflo attribute India’s dismal Olympic performance at least partly to very poor child nutrition. They document that rates of severe child malnutrition are much higher in India than in sub-Saharan Africa, even though most of sub-Saharan Africa is significantly poorer than India.

Even the significant segment of the Indian population that grows up healthy is at a disadvantage relative to China. The Chinese economic development model has focused on investment in infrastructure; things like massive airports, high-speed rail, hundreds of dams, and, yes, stadiums, world-class swimming pools, and high-tech athletic equipment. And while India is a boisterous democracy, China continues to be ruled by a Communist party, which still remembers the old Cold War days when athletic performance was a strong symbol of a country’s geopolitical clout.

Another country that has been doing poorly relative to its global stature is Japan. Two papers that used income and population (along with some other factors) predicted that Japan’s medal total in 2008 should be roughly the same as in 2004, but of course it wasn’t: Japan won 37 medals in 2004 and only 25 in 2008. A lot of the problem is Japan’s rapidly aging population. Since 1970, the percentage of Japan’s population that is over 65 has more than tripled, from 7 percent to 23 percent (the corresponding number in the U.S. is around 12 percent), and by 2060 this number is expected to reach 40 percent.

A couple of nations greatly exceeded their economics-based medal forecast in the 2008 Games. Jamaica was predicted to win only four medals by Forrest, Sanz, and Tena (they wrote a well-known forecasting paper for medals) but actually won 11, while Kenya won 14 medals against its prediction of five. If you think those totals are not impressive, consider that Mexico, despite its higher income and larger population, only won a grand total of three medals in Beijing.

Unless they are able to diversify into other sports, these two countries are near their Olympic ceilings (there are only so many footraces in the Games), but their performances in those specializations have been spectacular.

1. Medal totals will become more diversified over time. The market share of the “top 10” countries will continue to fall (it was 81 percent in 1988) as economic and population growth slows in the rich world. The developing world has greater room for rapid economic growth, and most parts of the developing world also have higher population growth. The Olympic playing field will get more and more level.

2. Japan will continue to fade, mostly because of aging and population shrinkage.

3. Italy will follow Japan for similar demographic reasons, as well as because the Eurozone crisis will continue to cut into budgets, training and otherwise.

4. Since Rio is host to the next Olympics, Brazil should do better than expected due to the “pre-host” bump.

5. Many African nations will rise. Currently about half of the approximately 1 billion people in Africa have a cell phone, and the middle class is growing. The chance that an African star will be spotted and trained at the appropriate age is much higher than before. Africa also continues to grow in population, and that means lots of young people. Most of us still think of African nations as very poor, but infant mortality has been falling and per-capita income rising across Africa for the better part of a decade now.

6. China will level off and then decline as a medal powerhouse. In less than 15 years, the typical person living in China is likely to be older on average than the typical person living in the United States, in part due to the country’s one-child policy. As of 2009 the number of over-60s was 167 million, about an eighth of the population, but by 2050 it is expected to reach 480 million people older than 60, with the number of young Chinese falling. The country will become old before it is truly wealthy.

7. Bob Costas will make you cry.

As we have all come to learn, economics is an inexact science at best. We are better at predicting trends and probabilities than a specific outcome at a specific time. So these predictions should not be used for any wagering. Except for no. 7. That’s a mortal lock.

Tyler (@tylercowen) and Kevin (@ez_angus) are academic economists who think the dismal science can shed some light on the inner workings of the sports world.

Filed Under: How to, Series