Playing the ‘What If?’ Game

Village of the Damned 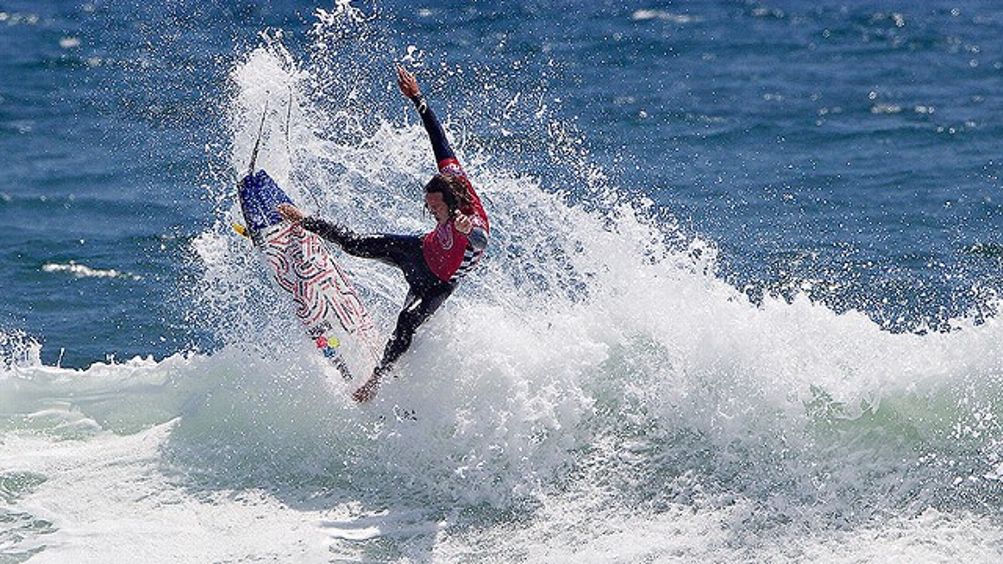 ONEIn 1912, Duke Kahanamoku, the Hawaiian waterman most credited with spreading the gospel of surfing, came to California and put on several surfing exhibitions for the inhabitants of Newport Beach and Huntington Beach. Surfing existed in the States prior to the Duke’s arrival, but the Duke spread the gospel of aloha culture throughout California. Huntington Beach has far from the best waves on the West Coast, but it quickly became the kitschy capital of SoCal surf culture, home to both the International Surfing Hall of Fame, the U.S. Open of Surfing, and a life-size statue of the Duke. In the late ’40s and early ’50s, returning G.I.’s and advances in board technology made surfing more accessible (prior to 1940, most surfers had to figure out ways to carve their own surfboards out of massive, heavy pieces of lumber or beat-up telephone posts) and the first salable iteration of surf culture was born. In 1957, a screenwriter and novelist named Frederick Kohner published Gidget, a book based on his daughter Kathy’s adventures in Malibu, and by 1959 the Gidget movie franchise had launched and the rest of the country learned that there was, indeed, some appeal in surfing at the beach all day long.

Since then, surfing culture in Southern California has gone through several revisions — the bronzed, silly countercultural movement of the early ’60s, spearheaded by Miki Dora; the Technicolor times of the Beach Boys and surf kitsch films like Beach Party; the dirty, somewhat scummy years captured best in the documentary Dogtown and Z-Boys; the shredded, California punk era, when everything got a bit more “aggressive”; the hard-core bros at Windansea and the “surf weird” longboarders of La Jolla.

Everyone at the 2013 U.S. Open of Surfing in Huntington Beach, Orange County, California, is 15 years old and in some manner of undress. Some of the boys, walking shirtless in board shorts, have written messages on their bared torsos. On the HB pier, I stand next to a Persian-looking prepubescent with “I DARE YOU TO TOUCH THEM” scrawled across his abs. We are both leaning over the railing, staring directly down at the four pro surfers who wait for the next set of waves. The kid mumbles something about Jordy Smith, the surfer in the red jersey, and then stares at a gaggle of teenage girls in bikinis who walk by, giggling and unsteady.

The kid follows the girls, and an old birder type carrying a 1D with a telephoto lens takes his spot on the railing. I try to think of something to say to acknowledge that we are surrounded by half-naked teenagers, something to ease the weirdness, but he seems trained on his task of documenting what Jordy Smith looks like as he waits impatiently for the surf to pick up. Eventually, I ask him if he heard about the two bodies found in a park in Huntington Beach. He ignores me.

The beach is cluttered with sponsored tents and stalls selling bracelets and sneakers and cell phone covers. The air is saturated with the smells of suntan lotion and car exhaust. There is something called the “Hi-Chew XBOX Lounge,” where you eat free Hi-Chews and play XBox. This sounds incredible, but, of course, there’s a line of shirtless 15-year-old boys already waiting to get in.

Last night, after the end of the U.S. Open of Surfing, a small riot broke out in Huntington Beach when crowds refused to leave the downtown shopping area near the pier. Video and eyewitness accounts taken from the scene showed a crowd mostly composed of young men throwing stop signs, fighting, and trying to overturn service vehicles. Police responded in riot gear. It was the first riot at the U.S. Open of Surfing since the 1986 disturbance that left 12 people injured.

At its glossiest, surf culture in Southern California still evokes that spirit of eternal youth. Miki Dora, King of Malibu, will always be laying out on the beach with six or seven Gidgets and everything will look like the Toaster filter on Instagram. Most days, you can still see the remnants of that soft dream out at Huntington Beach. The old salty dudes still drive their woodies to Bolsa Chica State Park, stack their 11-foot, hand-shaped Harbour boards on saw horses, and stand around in the parking lot, waiting for the bros to show up.

The old men are mostly just props in nostalgia theater — old clothes upon old sticks to scare a bird. Surf culture in Southern California can be many things, but when it needs to get real, pull up the sponsors, and turn a profit, the sport turns itself over to the 15-year-old pheromone emporium. Play some Pennywise. Pour out Dixie cups of Monster Energy Drink. Give away some flat-brimmed hats. Show some skate videos. Riot sponsored by Vans.

If you walk into any of the tony department stores in Manhattan’s Soho district and head to the men’s section, you’ll see the silly, borderline-dishonest, but perhaps inevitable permutation of surf culture. You’ll see striped tank tops and dark, plastic sunglasses culled from some sunburned, hazy longboard video of Miki Dora surfing Malibu, 1963. You’ll see the weather-beaten, bleary red shorts, the unwaxed, out-of-context surfboards leaned up against a plastic palm tree, and wooden signage that tells you, in messy, painted letters, how many miles left until Malibu or Puerto Escondido or the North Shore of Oahu. Just down the street from the department store, in the trust-fund start-up section below Grand Street, you’ll find the origins of all this stupidity — absurd surf shop boutiques, complete with espresso bars and a random collection of overpriced, functionally stupid prefab boards. If New Yorkers can criticize (and they will) some of the uglier, abstracted excesses of Los Angeles–as–Cosmopolis, where hallowed things are never quite in the right place, Californians should leverage the same criticism against New York City’s stupid surf shops, where every detail — the length of the boards, the videos playing on the tastefully retro TVs, the buzzed affect of the bros working the stores — is stupid, false, and wrong.

I am sneering, of course. But every self-proclaimed surfer leers, at least a little, when confronted with such obvious and ugly “commercialization.” I use the scare quotes because I don’t really know what commercialization means to the already well-monetized and perpetually co-opted surf community or if I, as a bad-yet-dedicated surfer, have earned the cachet to criticize whoever the fuck shops at Saturdays Surf on Crosby Street and buys up their sensibly packaged tins of coffee or their “hard water” pomade or their insanely priced, handcrafted, ultimately useless collection of surfboards.

The above footage comes from Morning of the Earth. If Endless Summer is the Godfather of surf movies, Morning of the Earth is Goodfellas — it may not have had the same cultural impact, but it shaved down some of the excesses and unnecessary indulgences of the original and presented a cleaner, and in some ways better, portrait of a glamorous, rebellious subculture. You won’t see any of the surfers in Morning of the Earth punting air. You won’t see any hacks, 10-second barrel rides, or floaters. Instead, you’ll see a bunch of bronzed, shirtless dudes shaping boards on farms. Then you’ll see them hauling those boards down to their home break, and then you’ll see them surf those boards in long, arcing, fashionable lines. Then you’ll see those same bros back at the farm playing the guitar and eating some homemade good shit and singing together before falling asleep under the stars. The next day, they wake up and do it all over again.

This footage comes from Shelter, a 2001 surf movie by acclaimed surf pornographer Taylor Steele. Shelter was shot nearly 30 years after Morning of the Earth, but the films are remarkably similar. Steele even chose to shoot Shelter on 16mm film, creating a retro style that evoked, among other things, Morning of the Earth. I have watched Shelter more than 20 times. Admittedly, I’m a bit ashamed over the visceral connection I feel to these silly, salt-of-the-earth scenes, which are always narrated absurdly and usually feature Rob Machado, who, as far as I can tell, is the second most self-righteous person on the planet, just behind Aaron Sorkin. These scenes in Morning of the Earth and Shelter inform the surf boutiques of Soho, which then inform the men’s section at Barneys.

Of course, it had to go this way. Most American rebellion these days is simply the salable evocation of past rebellions — a vague aesthetic that gets churned into a T-shirt or sunglass line. The tank tops migrate out East a few years later.

With five minutes left in his heat at the U.S. Open of Surfing, Jordy Smith takes off on a right that looks like it’s going to close out. Smith, one of the most electric surfers in the world, swings around the whitewater, hits the lip hard, and dances down the line until the shitty wave peters out and dumps him about 50 yards down the line. I am dumbfounded. I have surfed overhead days at Pleasure Point in Santa Cruz and watched as the East Side groms punted airs that didn’t seem possible in a world with gravity. I’ve been out in Ocean Beach in San Francisco with the bros who made Mavericks famous. But I’ve never seen anything like this very typical Jordy Smith ride on a blown-out day at mushy-ass Huntington Beach with no real swell in the water.

This version of surfing — the Red Bull/Vans/Roxy/Nike/Quicksilver professional tour — will never be reconciled with the softer, almost agrarian dream of surfing. The aesthetics of the sport are split — anything sponsored by Vans and Red Bull will never be beautiful, at least not in a Steve Zissou way. But if you want to watch beautiful surfing, you’ll probably have to watch it with a bunch of shirtless bros in flat-brimmed hats who listen to 311.

The popularity of surfing fluctuates and will continue to fluctuate, but it seems to captivate the American imagination during times of deep social upheaval, particularly with children of privilege. Surfing offers up a prettier, lazier sort of rebellion, one built not on any hard, political idea, but rather on the utopian dream that life is better on a wave. In San Francisco I surfed nearly every day for two and a half years, and I can tell you there comes a time when the physical demands of surfing and “the stoke” crowd out all your previous, egocentric ambitions. You begin to calculate how much you would really have to make to live in a shit room in the Outer Sunset for the next 10 years. You start filling out applications at bars and calculating whether it will be cost-effective to outfit your 2003 Subaru Outback with a vegetable oil fuel system. I don’t think it’s any surprise that this most recent reincarnation of popularized surf culture came at a time of high unemployment and still-unsorted, yet undeniably escalating, youth angst. Who wouldn’t want to live on a farm with simply designed, utilitarian objects, all of them painted in simple, primary colors? Who wouldn’t want to believe that there is still some sliver of the California coast that hasn’t been crowded out by developers, that there’s still an empty lineup somewhere between Rincon and Imperial Beach?

Even if that surf agrarian dream feels all silly and burned out now, it’s still so damn pretty, isn’t it?