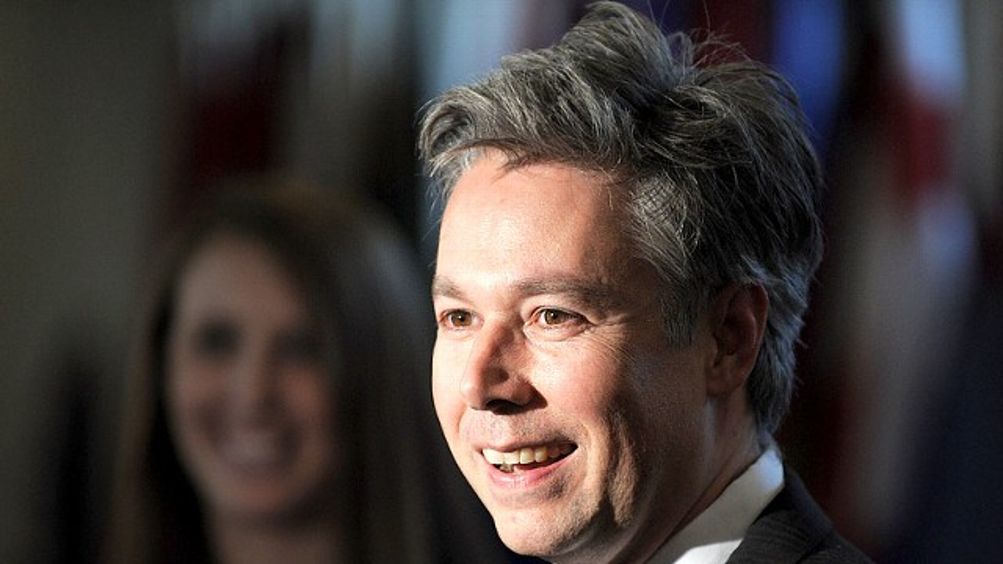 Here is a list of people and things I discovered while listening to the Beastie Boys: Lee “Scratch” Perry; Walt “Clyde” Frazier; Puma “Clyde” sneakers; Groove Merchant Records in San Francisco; Eddie Harris’s Plug Me In; that you could wear beanies even when it was hot outside; that billy goats had beards; Mike Mills (then just a graphic designer); Spike Jonze (then just a maker of skate videos); how to pronounce “Stuyvesant”; that diaper rash is “funky”; that the egg is a symbol of life, whatever that means; all-time hits leader Sadaharu Oh; Ricky Powell (though I had no idea what he “did”); what a “mullet” was; Ben Davis work clothing (“Union-made”); the situation in Tibet; “‘Sweetie Pie’ by the Stone Alliance”; that I wanted to one day move to New York.

When Adam Yauch passed away on Friday after a two-year battle with cancer, it seemed that everyone around me took the loss personally. Not in the sense that we usually mourn death-too-soon by wondering what could have been, if only as occasion to reflect on our own mortality. There was something different about the Beastie Boys, and the pensive, mild-mannered Yauch in particular. Some of my friends worked with Yauch (MCA), Mike Diamond (Mike D), and Adam Horovitz (Ad-Rock) on side projects, went on tour with them, played basketball with them. Others never got closer than that cherished CD of Ill Communication that survived high school, college, Napster, various apartments, and now adulthood. But the death of Yauch — and, one supposes, the end of the group — struck all these communities of fans in an unusually heartfelt way.1 There was something that felt proximate about them. As their fame accumulated, they only came to seem more down-to-earth. They were a version of growing older that didn’t seem so bad.

I don’t remember the first time I heard the Beastie Boys, but I do remember the first time I heard about them. I was in third grade and two boys in science class — the “smart one” and the “troublemaker,” though, at that age, it was hard to tell the difference — were debating whether the Beastie Boys were as wild as they claimed. The former protested that it couldn’t be possible, while the latter — his shirt untucked and collar upturned — was absolutely convinced that they were. I had no horse in this race, so I just listened. None of us had tasted beer, parties did not seem like something worth fighting for, and girls were still disgusting. Yet this tape of Licensed to Ill — who remembers the original owner? — slowly infected our class, clique by clique. Confusion reigned: Were these the kinds of lives that awaited us in a few years’ time?

The snotty attitude and inflatable penises seem quaint in retrospect, but the young Beasties were as ill-mannered and threatening to genteel America as anyone who has followed, Eminem, Odd Future, or otherwise. Recall that their debut album was originally titled Don’t Be a F—–. Even by the time of 1989’s meticulously brilliant Paul’s Boutique, there was something unhinged about them, as though they had passed from the flash superstardom of Licensed into some new, weird phase as shaggy recluses who had smashed one too many beer cans against their foreheads.2

It could have ended here, with one zillion-seller and one bugged-out masterpiece, and they would have tweaked the possibility of hip-hop at least twice. But on their next two albums, Check Your Head (1992) and Ill Communication (1994), the Beastie Boys finally began authoring their own story. Without Rick Rubin or the Dust Brothers to shape their sound, they built a clubhouse in Los Angeles’s Atwater Village and retreated into their collective past — 1970s TV shows, their younger days playing in hardcore bands, summers spent doing nothing but playing basketball and riding your skateboard. Even more so than Licensed, these albums were about the recovery of the past: the dreams and touchstones of their teenaged selves set to music; rhymed catalogs of likes and dislikes; pages torn out of some cool, imaginary encyclopedia.

Or maybe it just seemed that way because I was in high school at the time, enamored of anything that was happening somewhere else. Given how rude and reckless the previous iteration of the Beastie Boys had been, there was something unexpectedly earnest about these new albums. They were gateways into new terrains of culture and possibility. The Beastie Boys had begun taking their position seriously, not just as musicians but as people with the power to make cool, unexpected things happen. At some point, they ceased to be a trio; they became a cultural agenda.

They did all the things you wished you could do: They were in a band with their friends. They started a record label, Grand Royal, full of daring, oftentimes unmarketable acts from around the world. They surrounded themselves with creative people — writers, graphic designers, filmmakers, even a carpenter — and promoted them every chance they got. And they started a magazine, also titled Grand Royal, which stood out in a superb decade for magazines. You had no idea when (or if) the next issue would come out. You wouldn’t understand a third of the jokes. But you would read and reread every centimeter of it, from the sprawling features to the ads to the microscopic notes printed in the footer. You would learn about things like Miami bass3 and 1970s exploitation movies and the history of the Moog synthesizer and free jazz.

Pop music fetishizes youth, but the Beastie Boys came to represent the possibilities of growing up. It was around this time that Yauch — who had famously signaled his leaf-turning intent on “Sure Shot,” shaking his head to all the “disrespect to women” rampant in our culture (and, presumably, his own back catalogue) — began advocating on behalf of Tibetan freedom. He had always been the hardest one to read. He was quiet during interviews, more comfortable putting on a costume and pretending he was someone else. He seemed unafraid of going gray, and he rapped with a ragged, hoarse pride. Where his two friends seemed comfortable courting fame, Yauch’s ambitions beyond music weren’t so clear. He was interested in film and had directed some of the band’s videos. He went snowboarding a lot. He began practicing Buddhism and spending more time in Asia.

I would be lying if I said I bothered to understand the nuances of Yauch’s spiritual beliefs. At the time, all that mattered was that his faith had prompted him to organize the Tibetan Freedom Concert in San Francisco, of which my only strong memories involve obnoxiously chastising a friend for caring even less than I did. But over the years, Yauch’s commitment proved to be more than some eccentric phase. Raising awareness for the Tibetan freedom movement essentially became his full-time job. The Beastie Boys, who were once mavericks allergic to giving people straight, serious answers, were now using every platform available to them — all-star concerts, interviews, even the stage at the VMAs — to form a constituency.

So many outsize figures from that passage of life now seem the very opposite of mysterious: Ice-T plays a cop on television, Ice Cube scowls in the service of cold beer, Dr. Dre has probably made more money off headphones than music. Prior to this week, the last time I thought about the Beastie Boys was last year, when I randomly came across an online cooking show hosted by Tamra Davis, wife of Mike D. The videos are shockingly no-frills, the setting comfortably domestic, with Mike occasionally appearing to pack lunch for the kids or drain the pasta. How shocking it is to see people who once seemed destined for some epic wipeout instead grow into such spectacularly normal adults.

These aren’t judgments — these things make more sense as time passes, once you arrive at that moment when the prospect of a steady career supplants the thrill of nonstop grinding. But they only serve to make the passing of Yauch feel that much more tragic, for his life is a reminder that you might pledge yourself to unreason. You might write your own story and leave all the nasty parts in. You might work hard at one thing in order to be able to work even harder at something else. Of all the things I might have learned about through listening to the Beastie Boys, this was the most important and yet the most difficult to act upon — inner peace, compassion, forgiveness. It was what made Yauch’s final years even more wild and irrational and ambitious and unpredictable than his late teens. After all, what is braver than fixing your fate to the impossible dream of justice? What can be more beautiful than the discovery of who you were all along?