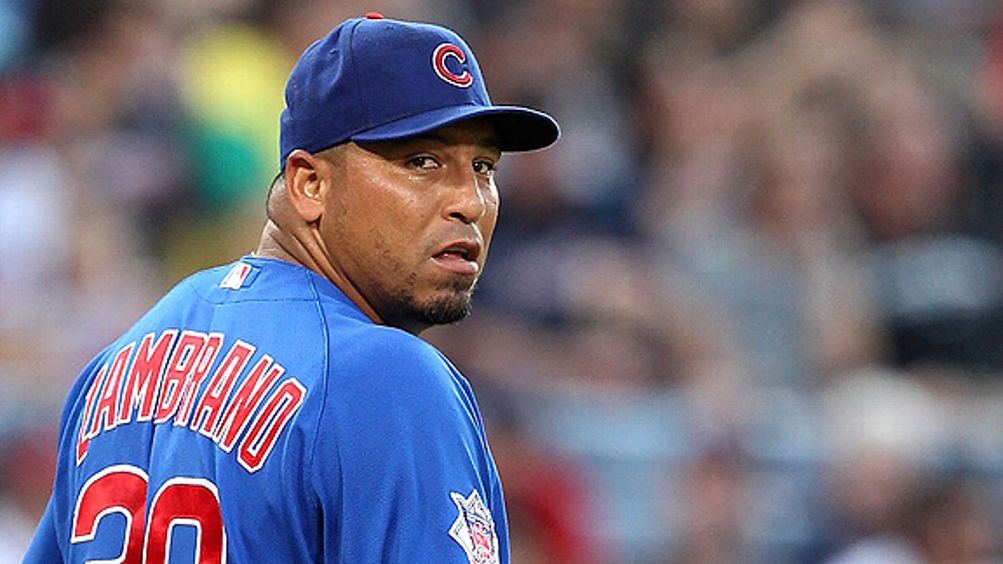 It wasn’t that bad.

That’s the takeaway from Jim Hendry’s nine-year tenure as Cubs general manager. Under Hendry the Cubs won three division titles and very nearly made it to the World Series in 2003. Yes, we’re at 103 years and counting since the Cubs last won it all. But we have reams of evidence to suggest that anything can happen in a short playoff series, including a scapegoat for the ages.1 Even throwing out the 2003 division title as a byproduct of the previous regime, Hendry hit the jackpot on trades for Derrek Lee and Aramis Ramirez, and fared well on a number of smaller deals. If Kerry Wood and Mark Prior don’t turn into pumpkins, who knows what might have happened?

The most damning criticism leveled against Hendry is a relative lack of results given the staggering amounts of money he dished out. In his near decade at the helm, the Cubs spent just shy of a billion dollars on Opening Day salaries, the fourth-most dollars of any team in baseball, behind only the Yankees, Red Sox, and Mets. During that span, the Yankees made the playoffs every year but 2008, won a World Series, came close another time, and remain one of the best teams in baseball; the Red Sox won the World Series twice and remain a power in their own right; and as for the Mets … uhhh … does, “Hey, at least we’re not the Mets!” count as a viable marketing campaign?

And true, those salary commitments remain the biggest obstacle to near-term success. But the pain will be over soon, offering longer-term hope for the famously soul-stomped fan base and operating room for Hendry’s eventual replacement.

Using walk-year salaries as the guide, that’s $21.5 million shed after this season, $48 million more after next season (assuming the Cubs pick up Ramirez’s option), and another $18 million gone after 2014. That’s $87.5 million off the books — for six players, none of whom are stars. If 29 other teams can follow suit, this might help our nation more than the Warren Buffett Plan.

Given Ricketts’ willingness to spend on major league salaries3 and the pending glut of freed cash, one potential move has been speculated on more than any other: signing Albert Pujols. There are plenty of reasons to do it, of course. Pujols has been the most valuable player in baseball over the past three seasons … and really, hell, every other season dating back to his rookie campaign in 2001. He’s having another big year, with a shot at hitting 40 homers for the third straight time. The Cubs will have a hole to fill at first base, and Pujols would give the team its most dynamic (and productive) star since Sammy Sosa in his prime. Sweetest of all, it would tweak archrival St. Louis if the front office pulled it off, too.

It’s still the wrong move. For starters, Pujols might be slipping. His .380 wOBA this season is the lowest of his career to date, the first time he’s ever clocked in below .400;4 that might be a one-year blip, but it’s a sizable drop nonetheless. Pujols’ age is also a concern. He turns 32 in January and seems likely to ask for a deal that will take him past his 40th birthday. That’s scary enough, given how the careers of some of the greatest modern-day sluggers ended. And that’s assuming Pujols is the age he says he is.5

The Cubs could cast aside concerns about Pujols’ aging curve if they were likely to contend sometime soon. They’re not. Geovany Soto is 28, Matt Garza’s 27, Darwin Barney’s 25, and Starlin Castro is 21. That’s about it for useful Cubs regulars with youth on their side. The Cubs sit at 56-71 with six weeks to play in the season, and given their run differential, that’s actually two games better than expected. They’re 19.5 games out of first place. This all adds up to a team that’s not one player, or even two players, away from making a World Series run. Even if one of those players is named Albert Pujols.

For those entertaining a Plan B, Prince Fielder’s more than four years younger than Pujols. He’s also having a monster year and will likely command a huge contract in his own right, both in terms of number of years and dollars. Want to know how megadeals for barrel-chested sluggers with limited defensive utility turn out? Not very well.

Without shooting down the idea of a massive free-agent signing, Ricketts devoted a chunk of his Hendry send-off press conference to the importance of building from within. “Our focus will be on what we focused on the last couple years here, and that’s player development. We believe very strongly that the way to build consistent success in an organization is through identifying talented players, bringing them into the system, and developing them into productive players at the major league level. … [The next GM will] have to share a commitment to player development.”

That’s all well and good, assuming the Cubs don’t trade away more of their top prospects. Last offseason’s trade for Garza instantly gave the Cubs a new staff ace. But it also sacrificed front-line shortstop prospect Hak-Ju Lee (who’s had a breakout season in the Rays system), righty starter Chris Archer; slugging corner outfielder Brandon Guyer, and sleeper catching prospect Robinson Chirinos. Even with Garza helping the team, and with shortstop and catcher already well-manned by incumbents, the trade went heavy on opportunity cost and was ill-timed given the Cubs’ place in the success cycle.

As for the remainder of the system? It’s a mixed bag.

“It’s more down than up,” said Kevin Goldstein of Baseball Prospectus. “Brett Jackson is nearly big league ready, and they have a few other nonstarter types that might get there, too. From there it’s a pretty big gap, as most of their other talent that is highly regarded [are] very young [short-season] guys.”

Goldstein adds that the Cubs did just pull off a strong draft. Credit Hendry for sticking around for a full month after the Cubs told him they’d be letting him go and overseeing the team’s successful effort to sign its top draft picks. Of course we might not see the best players from the Cubs’ draft for three, four, or five years, and they might not be front-line contributors for a few more years after that, if ever.

So no superstar signings. No blockbuster prospects on the horizon. What should the Cubs do? The best news for fans, believe it or not, is that Ricketts has said he’ll seek close contact with the new GM going forward. The dubious history of overly meddling owners notwithstanding, this is almost certainly a positive development. Team president Crane Kenney made more than his share of errors in his role with the club, including stepping in on the Soriano negotiations and Randy Levineing up the price. If the new GM only has to answer to the guy who signs the checks and is otherwise afforded the latitude to make or reject deals as he sees fit, that’s a good thing. And since the new GM likely won’t be creating any problems by trying win-now moves and responding to the dual pressures of saving his job and snapping a 103-year title-less streak, there’s hope for logic and reason to prevail.

As for who will take the reins, Ricketts said he’ll target someone with a strong analytical background, someone who comes from a winning culture, and someone with a strong background in player development. Plenty of analysts have posted their lists of top candidates for the job, and they’re all worthy options. But whoever gets the gig would do well to adhere to just one principle: Be patient.

The Cubs have exactly one young star in Castro, a decent farm system that’s been whittled down, a front office that will need an influx of new talent beyond the GM chair, a possible managerial change, and some big contracts to cycle through. Build the foundation for the next winning Cubs team, then hit the open market in 2013, 2014, or whenever the time’s right to find the next Pujols. When that time comes the ivy will still be green, the bleachers will still be full, and the drought will still be there, waiting to finally be broken.