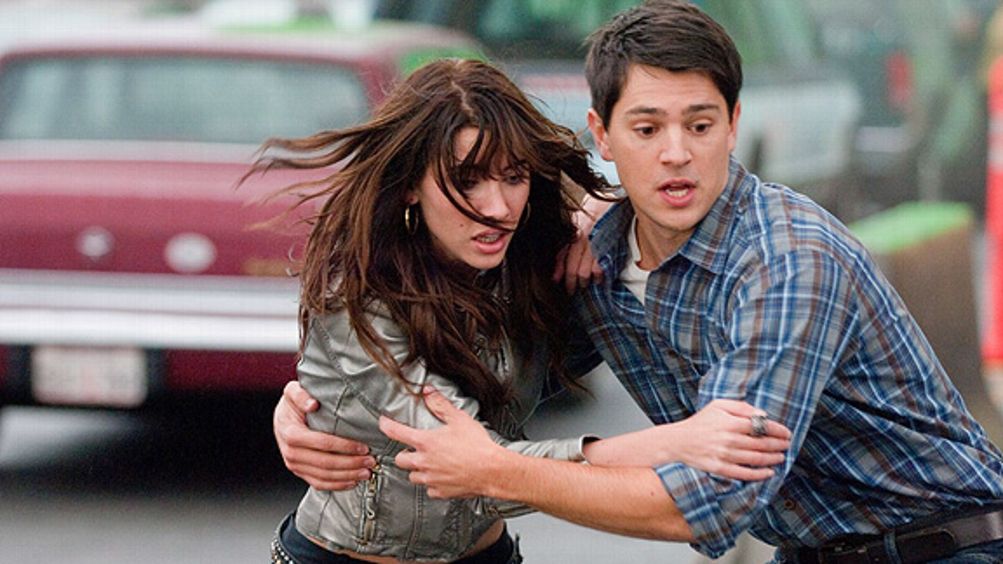 For reasons that are mysterious even to me, I have seen all five of the Final Destination films. The circumstances were various and convoluted. I saw the first one in New York City in 2000, at a point in my life when marijuana smoking was my part-time job. The panic attack I experienced halfway through the film — rivaled only a similar cannabinoid freak-out I had during, of all things, Cast Away — was a key event in my eventual marijuana drawdown. I saw the series’ second entry in Istanbul in 2003, dubbed into Turkish. The third entry, released in 2006, I wound up seeing in Rome the following year, dubbed into Italian. The fourth I watched over my Xbox LIVE Netflix account in 2009; I was alone and had drunk too much whiskey. I saw the fifth one Wednesday night, in 3-D, with no chemical or cross-cultural contaminants, and have since been trying to determine why I have spent a decade subjecting myself to this strange specimen of the modern American horror film.

Now, I go way back with horror films, probably due to the influence of my mother, who, in one of her few parental missteps, took me to see Friday the 13th Part III — the one in which Jason Voorhees first puts on the hockey mask — when I was in the fourth grade. The Texas Chain Saw Massacre, Halloween, and The Thing remain some of my favorite films, but these days I find it punitively difficult to sit through most horror films — even the ones I once loved. I recently tried watching Rob Zombie’s remake of Halloween II, for instance, and turned it off after 30 minutes. Not because it was bad. It was, in fact, surprisingly well-done. I simply found its violence too upsetting and spent the rest of the evening cotton-headed and vaguely weepy.

The Final Destination films are mostly terrible and not even very scary. In all the films, one of the characters has a premonition that he or she and all of his and her friends are about to die, whether in a plane explosion or a highway accident or a NASCAR mishap, which allows the central characters to escape their fates, at least for a while. The films’ plotlines then devolve into picking off the spared characters, one by one, in operatically elaborate “accidents,” which usually involve electrocution, defenestration, and impalement — sometimes all at once. However, the violent aggressor of the Final Destination series has no face or name or mask or signature weapon of dispatch. The thing hunting down our heroes and heroines is death itself. Whether this is merely cutting to the chase or eliminating the middleman, I don’t know, but the conceit of hanging five films and counting on a villain who cannot be seen is nothing if not audacious. (The first film apparently had its origins as a proposed X-Files script.) To be sure, the villain of the Final Destination films is constantly suggested. As death draws invisibly near, he (it?) is typically preceded by a disruptive electrical field, a couple of elongated shadows, and a gust of wind, which brings to mind less a scythe-wielding specter than some gently flatulent meteorological event. Sometimes in the films the imminence of death is indicated by a song. In the first film, it is John Denver’s “Rocky Mountain High.” In the fifth, it is Kansas’ “Dust in the Wind.” Make of that what you will.

In the past few years I have lost friends and relatives to cancer, suicide, heart attacks, and plane crashes. I torment myself with images of my parents slipping and falling — on the ice, in the shower — all the time. I am, these days, constantly thinking and worrying about final destinations. This is a fairly common fixation to develop when you hit your late 30s, and not at all an unreasonable one. A few months ago, while embracing my brother at my uncle’s funeral, I had the alarming thought of how much more of this he and I had to look forward to. More death, more loss, more sadness: The family mansion in which we grew up dismantles itself a little more every year. Life effectively is a Final Destination movie: In the end, everyone dies.

I think, though, if you are going to make a film about the inevitability of death, and your name is not Ingmar Bergman, Final Destination 5 has the right idea. As evidenced by this wonderful pop-culture collision, neither the cast nor the makers of Final Destination 5 took their endeavor terribly seriously, which allowed them to remain reassuringly distant from the porno-torture aesthetic of the Saw or Hostel films and instead create a joyful gorefest along the lines of Peter Jackson’s Dead Alive. While I know I no longer care to watch a lunatic push someone off a ledge and onto a bed of nails, Final Destination 5 helpfully reminds me that I can still watch someone fall off a bridge and impale herself on a sailboat mast.

What makes Final Destination 5 a comic rather than tragic or sadistic spectacle is the absence of any human agency, and several set pieces in Final Destination 5 feel like something Buster Keaton might have come up with had he subscribed to Fangoria magazine. The film does a wonderful job at presenting a selection of ominous objects in harmless contexts — acupuncture needles in a massage parlor, an upturned nail on a gymnastics beam, a LASIK machine in an ophthalmologist’s office, a vat of hot pitch at a road construction site — and letting everything go accumulatively haywire in small, surprising ways. I imagine that for men and women in their 70s and 80s, this dread of objects does not feel like horror-movie territory at all. I imagine it feels rather like leaving one’s bedroom in the morning.

What I think I like about the Final Destination films is how savagely they reverse popular Christian sentimentality. If death really does need to “balance the books,” as one of Final Destination 5‘s characters puts it, death certainly could do it in quieter, slyer ways, like bumping someone off with an aneurysm. But no. Death in these films impishly drops airplane parts on people from 20,000 feet. Is that any less bizarre than taking comfort in a cosmic being who sends angels rocketing toward earth when some kid falls in a river? What about the other 40,000 equally innocent people1 who die every day? Hit men, at least, even incorporeal hit men, can be reasoned with. But then Christianity has never been very clear on what exactly death involves. The resurrected Jesus bears the wounds of his death but can also shape-shift and walk through walls. What kind of resurrection do we get? Do we get to choose the state in which bodies are reanimated, or does a submenu drop down in the afterlife, allowing us to pick one of many bodies along a chart of biomorphic development? Does the afterlife imprison us in our bodies forever? What if you hated your body? Christianity, when it comes to death, offers the greatest hope of all the world’s religions while simultaneously providing the least conspicuous guidance. And meanwhile, death just sits there, staring it and us down.

I prefer the Gospel According to Final Destination 5. If we must die, let us die hilariously.

Previously from Bissell:
Beyond Angry Birds: The many pleasures of iPad games
Press X for Beer Bottle: On L.A. Noire