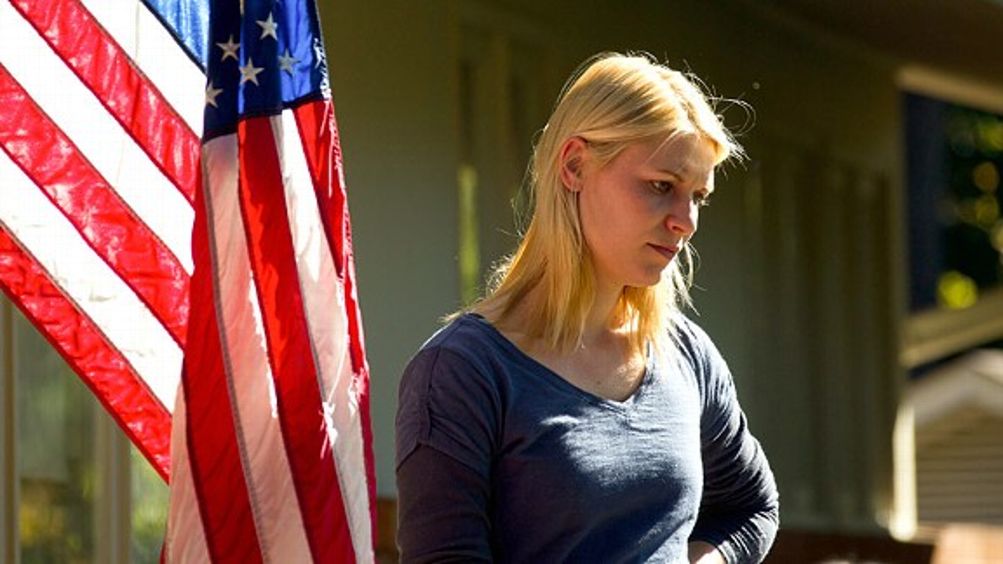 In an era when a DVR queue is more intensely personal than an iPod playlist, what does it mean to pick the year’s best television? Rather than limit ourselves to a predictable top 10 or — heaven forfend! — force our indecisive crop of culture writers to make tough choices between comedies and dramas, reality and fiction, or Whitney and Whitney, we decided to let them have their Cake Boss and eat it, too. And so, the assignment was simple: Choose two television shows that mattered to you this year, positively or negatively, and consider them in tandem. The results aren’t meant to suggest a winner or a loser — although there were plenty of the latter on the airwaves, particularly on NBC — but to provide a snapshot of the ways we watched TV in 2011: messily, voraciously and intimately. Which, if you think about it, is also exactly how you want to interact with a Cake Boss should you be lucky enough to make one’s acquaintance.

The Killing (AMC) vs. Homeland (Showtime)

When the first season of The Killing wound its way to a deeply unsatisfying finale on Sunday, June 19, the Internet shook with the sort of collective fury usually reserved for the toppling of dictators or the adultery of @aplusk. This trembling yawp was deserved, of course. AMC’s soggy procedural had stomped about pretentiously for weeks, seemingly under the impression its viewers were more interested in ham-handed meditations on grief than an answer to the question that had been plastered across subway walls all spring. But to skim Twitter on that fateful night was to see an audience perhaps overly enraged about an ending, as if the decision to punt Rosie’s murder plot to next year was the show’s only storytelling sin. The truth is, even if The Killing had finished its first season with Tim Curry patiently explaining the who (Councilman Richmond!), where (the High School Sex Dungeon!), and what (a Doppler 10,000 weather machine!) of Rosie’s demise, it wouldn’t have changed the fact that the series to date had been a failure, packed with more red herrings than Pike Place Market and enough portentous rainfall to singlehandedly jumpstart the nation’s long-dormant ark industry. Showrunner Veena Sud was the Donald Rumsfeld of Studio City, more concerned with shock-and-awe gotcha moments than the unglamorous busywork of development and infrastructure. To suggest that our investment would have been worth it had she only given us what we wanted is an insult to the many television professionals who break their stories in pursuit of strong characters, not trending topics.

This transformation of the viewing public into a nation of smug Bela Karolyis, concerned only with whether our favorite shows are able to “stick the landing” is problematic to say the least. Television is a medium predicated on opening doors, not closing them. Until this recent, highly serialized era, the thought that programs needed to provide any resolution other than a group hug, or a high-concept joke was completely alien. Now we expect flawless narrative consistency in a medium that tends to have less reliable end dates than Harold Camping. Nowhere was this worrying trend more apparent than in the message-board responses (http://www.hitfix.com/blogs/whats-alan-watching/posts/homeland-marine-one-wait-til-your-father-gets-home) to the Season 1 finale of Homeland. In contrast to The Killing, the Showtime drama did nearly everything right: Beginning with a nervy premise — CIA agent suspects returning POW is a terrorist — Homeland brilliantly married the twin poles of contemporary television, the tense thrills of a network procedural, and the subtle maturity of prestige cable, into a seamless, addictive whole. The show was artfully constructed and expertly paced; everything that bloomed in Homeland‘s final hour had been painstakingly planted in its first.

Yet the tweeting hordes were not satisfied. It was a “cop-out,” they claimed, that Sergeant Brody didn’t detonate himself at the end. It was “easy,” a “cheat.” Some even muttered that sour, dismissive syllable that can still an artist’s heart faster than any lethal device dreamed up by the nefarious Abu Nazir: “meh.” This sort of reaction seems as short-sighted as Carrie Mathison’s electroshock therapy. Brody’s vest malfunction served both the story — it provided a claustrophobic moment so deliciously fraught that living rooms all across the country were transformed into spider holes in Tikrit — and the best interests of the show: Homeland is a better series going forward with Brody alive, having managed to prove his self-sacrificing bona fides while keeping his head firmly attached to his traitorous neck.

All storytelling is dependent on twists and tricks, it’s the nature of the beast. The real skill lies is making those moments feel earned so that we’re less focused on the plot-driven hoops our characters are jumping through than on the characters themselves. (And that’s to say nothing of their flawed, fascinating jumps!) It would be a shame if we’ve become so enamored of the giant explosion that we can no longer appreciate the intricate, dramatic beauty that goes into wiring the bomb in the first place.