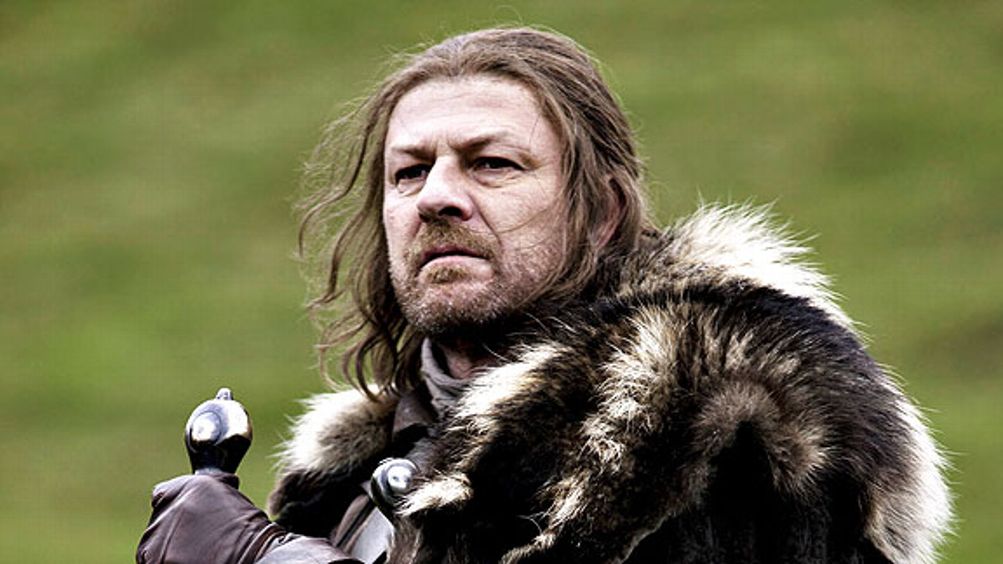 In an era when a DVR queue is more intensely personal than an iPod playlist, what does it mean to pick the year’s best television? Rather than limit ourselves to a predictable top 10 or — heaven forfend! — force our indecisive crop of culture writers to make tough choices between comedies and dramas, reality and fiction, or Whitney and Whitney, we decided to let them have their Cake Boss and eat it, too. And so, the assignment was simple: Choose two television shows that mattered to you this year, positively or negatively, and consider them in tandem. The results aren’t meant to suggest a winner or a loser — although there were plenty of the latter on the airwaves, particularly on NBC — but to provide a snapshot of the ways we watched TV in 2011: messily, voraciously and intimately. Which, if you think about it, is also exactly how you want to interact with a Cake Boss should you be lucky enough to make one’s acquaintance.

It’s impossible not to at least kind of appreciate the pure batshitness of a show in which Michael Pitt restages Oedipus Rex with Gretchen Mol, Dabney Coleman, and a trident.

That happened, of course, in the penultimate episode of Boardwalk Empire‘s second season, an overheated, triple-bananas masterpiece of an episode called “Under God’s Power She Flourishes.” Haters cried “soap opera,” but Boardwalk has a depraved vitality when it lets itself go full pulp; when it tries to be something more, it goes down like bathtub E.L. Doctorow poured from a Miller’s Crossing commemorative Slurpee cup. You can tell the show’s still self-conscious about its trashy side because they had to footnote The Revenger’s Tragedy and John Webster’s “The White Devil” in the incest episode, as if non-illusory motherfucking might cost them some Emmys. (Nucky: “These parables — they make no sense!”)

Despite being a pure product of a genre so twee that even science fiction nerds feel entitled to make fun of its crystals and 20-sided dice, Game of Thrones — HBO’s other extravagantly production-designed period epic with an incest subplot — seems self-conscious about nothing. It’s unafraid to be a bitchy, palace-intrigue drama and an issue of Heavy Metal and an apocalyptic folk tale about frost giants all at once. The first few episodes, which teed up a crowd of major characters connected by interlocking blood feuds both fresh and ancient, felt less like the medieval Deadwood we’d been promised and more like a long game of three-dimensional Risk — showrunning as dungeon mastery. Then around the sixth hour, the steel-willowy Princess Daenerys Targaryen proves herself to the ancient Klingons of the Dothraki tribe by eating an entire horse’s heart raw, a challenge Tyra Banks has gotta be pissed she didn’t come up with, and the show started going for the jugular, often literally, and I started going to bed on Sunday nights cursing the fucking Lannisters. Eventually heads rolled. Despite having been spoiled way back in 1996 in the pages of one of the George R.R. Martin novels the show’s based on, the major-character death in the second-to-last episode of the season felt jarring from a TV-storytelling standpoint, which meant it was exciting; shows that world-build this painstakingly are seldom so brave about flipping the chessboard.

Downton Abbey (PBS) vs. Keeping Up With the Kardashians (E!)

Both of these pot-boiling portrayals of aristocracy, separated though they were by a hundred years and an ocean, revolved around marriage intrigue, conniving moms, aspirant suitors haplessly swinging above their tax brackets, and beautiful daughters whose botched attempts at sexual awakening unleash forces beyond their control. For Mary Crawley of Downton Abbey, it was that rudely interrupted hookup with a pillow-lipped Turkish duke, and for Kim K., the abashed fame that began with that juggernaut Ray J sex tape all those sex-tape ages ago. Both shows were about status-obsessed richies, except the one set in pre-World War I Yorkshire reminded us that if our society’s going to have a ruling class, it’d be nice if the 1 percenters were to wrestle with cultural and social quandaries beyond “should I follow my mother’s advice and pose naked in Playboy?”

Just as the Crawleys’ noblesse was a throwback to a more oblige-ful age, Downtown Abbey was itself a retrofit — ripping period-costume dramas like Brideshead Revisited, Upstairs Downstairs, and its own creator Julian Fellowes’ Gosford Park. The playbook for this show’s quality was well established. But in a TV era ruled by auteurist visionary super-producers in the Chase-Simon-Weiner mold, the easy pleasures of an old-fashioned, fine-tuned PBS tea party — tut-tut-ing and well, I dare say-ing its way to middlebrow heaven — had the cozy charm of throwing on a Kinks record after an afternoon of Odd Future. Its virtues were so, so many: Elizabeth McGovern, salvaged from ’80s oblivion, as the pouty, moneyed American married to the English Duke trying to “momage” her magpie’s nest of daughters into marriage before the apocalypse; Maggie Smith as the prideful, prejudiced yet lovably tarantulan dowager huffily asking her middle-class lawyer nephew “what’s a weekend?”; Michelle Dockery and Dan Stevens as class-crossed lovers cutting each other up like Edwardian battle rappers over the dinner china; diabolical footman Rob James-Collier putting the Alice in malice. The writing was tighter than Prince Charles’ butt cheeks, every nook of class anxiety examined with a pen light, every character nuanced by acting so uniformly crisp you could set your pocket watch to it. We wonder if network TV can produce anything as good and smart as HBO. Well, public TV still can. Score one for socialism.

This was a tough year for VH1’s venerable Celebrity Rehab, which uses both of those terms incorrectly. Not tough ratings-wise, silly — everyone loves watching people they’ve kind of heard of, maybe, draining abscesses and shouting — but two cast members (if we’re not using that term incorrectly) died in 2011. The losses of Jeff Conaway and former Alice in Chains bassist Mike Starr, depressing and unsurprising as they may have been, were not, however, television’s most harrowing just-say-no moments.

For those, you might be directed to Albuquerque’s worst pizza party over at Jesse Pinkman’s house, a hopeless tableau of hollowed-out, chattering bodies that would make Dr. Drew himself reach for the pipe. Breaking Bad‘s entire fourth season was a hellish safari as the wacky misadventures of a doomed chemistry teacher and his dead-eyed, getting-everyone-high-off-his-own-supply sidekick officially descended into an existential deathtrap where the prospect of running a car wash in the suburbs invokes as much dread as having your family brutally murdered by a meth cartel. Where our bumbling, sympathetic audience surrogate irrevocably and irredeemably turned bloodless cartoon supervillain. Where Giancarlo Esposito’s adjusting his double-Windsor with half his skull blown off is everyone’s idea of comic relief. And for 13 weeks, this was all any of us wanted to talk about or think about, and as close as any of us will want to get to experiencing chemical dependency.

Entourage (HBO) vs. How to Make It in America (HBO)

I don’t have a TV right now, which isn’t sexy. Because of this, the only time I’m watching television is when I must see one of my shows. The second unsexy thing about me is that my only two shows over the past six months have been the second season of How to Make It in America and the final season Entourage. I mean, I’ve seen two episodes of Homeland, I understand the genius that is Boardwalk Empire, and every now and then a marathon of Pretty Little Liars might take place. But HBO’s two bromantic comedies are the only shows I watched every single episode of. So embarrassing. So real. Last week, I planned on writing about why How to Make It in America must keep the mediocre spirit of outgoing Entourage alive in years to come. And then it got canceled. So what to talk about now?

How about this: the sheer dominance of fortysomething bombshells.

Let’s be clear: I barely remember the plots of either season of these shows, but I can’t stress enough the impact Dana Gordon (Entourage, played by Constance Zimmer, age 41), Mrs. Ari (Entourage, played by Perrey Reeves, age 41), and Nancy Frankenberg (How to Make It in America, played by Gina Gershon, age 49) had on the second half of my 2011. Because such old-timey things like “character development” and “scripts” seem to be afterthoughts with these shows, the fallback way they’ve kept viewers engaged has been an oversaturation of hot young ladies almost too eager to take their clothes off and shame their parents. That continued in 2011, but the screen time given to these three stunning older women was a slight changing of the guard and proved to be the saving graces for both shows. I would be completely satisfied with having a three-way tie for “Best Fortysomething Female in an HBO Bromance Comedy About Following Your Dreams With Your Best Friends,” but if forced to give one the upper hand, it would have to be Dana Gordon. I’d love to say it had something to do with her acting prowess or her contribution to the show, but in all honesty, if she’s on-screen and you dim the lights and squint your eyes a wee tad, she looks just like Rashida Jones.

I will miss you, Entourage and How to Make It in America. If I’ve learned one thing from spending countless hours observing you, it’s that your bros are your bros, no matter what, bro. For that, I thank you.

To read Part 3, featuring The Killing vs. Homeland, Whitney vs. 2 Broke Girls and a battle for NBC sitcom supremacy, click here. And if you missed Part 1, featuring Chuck Klosterman on The Office vs. Enlightened, Tess Lynch on Parenthood vs. Up All Night, and more, click here.