The Greatest Conference Ever, They Swear 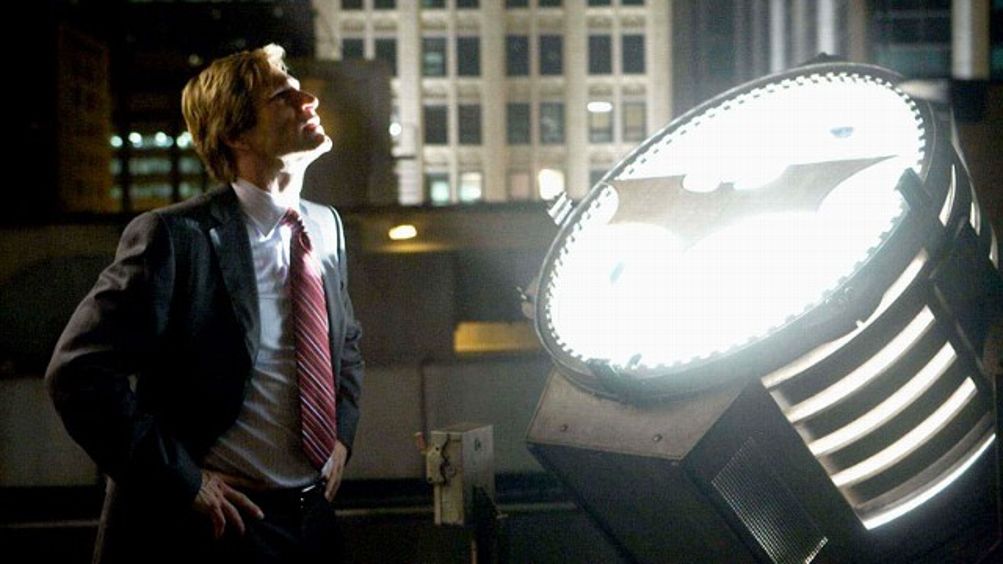 For the sake of argument, let’s assume two possibly incorrect things about Batman in the post–Christopher Nolan era, which for all intents and purposes begins around noon today.

Assumption No. 1: Warner Bros. will want to keep Batman off the board as a movie-franchise character for a while — let’s say five years, which is how long Sony waited before hooking up with a younger, sexier, broodinger, skateboardier Spider-Man. They’ll say they’re waiting out of respect for Nolan’s legacy as a Bat-auteur, or something equally pious; no one will really believe this. Warner Bros. would have Batman Begins Again in theaters by Christmas if they thought the market would bear it. They’ll actually be waiting to get the Nolan-cosigned Henry Cavill–Zack Snyder Superman up and running as a franchise and/or a thing people care about (hey, you never know), which would in turn set the stage for Superman II: The One Where the New Batman Shows Up around 2017, followed by the virtually inevitable Avengers-style Justice League movie by the turn of the decade. (I’m probably overestimating how long they’ll let the corpse cool; the more salient point here is that the next big-screen Batman reboot will be about creating a new Batman for kids too young to remember Christian Bale, and right now that target demo is busy learning to Velcro its shoes and eat with utensils.)

Assumption No. 2: Unwilling to totally give up the license to print money that the Bat-franchise has become, the studio will find a way to keep the Dark Knight in circulation without bigfooting Snyder’s movie or pissing off Nolan’s ever-more-insane-clown-posseish superfan base.

There’s only one real way to do that: TV. Yes, fine, for every historical example of how TV’s been far more hospitable to comic-book subject matter in the past (11 years of Smallville!) there’s a counter-argument (The Cape!). But at some point, somebody’s going to make the first great modern TV drama series with superheroes in it. (No, I haven’t forgotten Heroes, although I’d like to.) And if there’s any character who can sustain a show like that, it’s Batman.

Here are some ways that could happen, ranked from most to least plausible:

Scenario A: The One That Someone Should Do, Like, Tomorrow

Gotham Central, based on Ed Brubaker, Greg Rucka, and Michael Lark’s great 2003-06 DC Comics series. It’s a police procedural about what it’s like to be the cops in Batman’s town, working murders committed by the Joker or the Penguin. Think about it: Overtired, cynical, paper-pushing cops, bitching about “The Bat,” laboring under the yoke of bureaucracy and due process that he willfully ignores, pridefully struggling to close red-ball murder cases before he does, just to prove that they can. You get to keep a lot of the stuff that worked in the Nolan films — the existential-cop-drama aspect, and the notion that by encouraging costumed lunatics to pick fights with him, Batman might be part of the problem — without having to push the old origin-story rock up the hill one more time. Plus, while you still have to find somebody new to play Batman, that person isn’t your leading man; his job is to show up, maybe not even in every episode, as a shape outside the window, murmuring “Check out the abandoned cat-toy factory downtown” in a gravelly voice before disappearing into the night. It’s Ed McBain’s 87th Precinct novels or NYPD Blue or Homicide set in a city that happens to have its own superhero. Better pitch: It’s The Wire in a world whose Omar is Batman. Boom! Only a studio that hates money would not green-light this immediately.

Scenario B: The One That Will Win All the Awards

Four words: billionaire playboy Bruce Wayne. In Nolan’s version, Wayne’s jetsetting lifestyle was a relatively minor detail, confined to a few boardroom confrontations and fancy black-tie-party scenes; make it the center of the story. Make it a show about a bored, guilt-ridden billionaire playboy who’s decided to dress up as a bat and fight crime, because that’s an amazing concept that you don’t just throw away. Make it about the question of whether dressing up as a bat and taking your angst out on muggers and liquor-store stick-up men is just another form of billionaire-playboy indulgence. Make it about a rich guy who has a midlife crisis and buys a Batmobile instead of a Porsche. Give him a foxy shrink who reminds him of his mother just enough that it’s weird. And make him funny, so as not to burden some poor actor with the impossible task of out-frowning a bottomless well of self-seriousness like Christian Bale. Yeah, OK, I’ve basically just described Tony Stark — but last time I checked, people seem to like Tony Stark. And there’s a way around the inevitable Iron Man comparisons: Call it a winking reboot of the old Adam West TV show, set it in 1966, and make him Don Draper in a cape. Or make him Pete Campbell in a cape. Or keep it 21st-century-set, but go younger. Keeping in mind that “playboy” is the masculine form of “heiress,” and that occasionally, in the comics, Commissioner Gordon would entertain his “young socialite friend, Bruce Wayne,” make him Chuck Bass in a bat-suit — a superhero whose cover story is “rich orphaned TMZ-bait celebrity douche bag.”

Scenario C: The One That Will Never Happen

One and a half words: Bat-Unforgiven. Take a cue from Frank Miller’s ’80s miniseries The Dark Knight Returns, and make it a future-set show about a grizzled, Powers Boothe–ish Bruce Wayne emerging from maudlin Kane-in-Xanadu retirement to pop a heart pill and saddle up for one caped crusade. (Note to HBO: This does not necessarily mean horses need to be involved, although Miller’s book had them.) Give him a wide-eyed young partner to worry about — Miller’s book had the first female Robin, Carrie Kelley. Or forget Miller’s version of tomorrow’s Batman (which, having influenced both Nolan’s Batman and Tim Burton’s, feels a little strip-mined today) and adapt Paul Pope‘s amazing Batman: Year 100, in which a spiritual descendant of the original Batman — “someone with the body of David Beckham, the brain of Nikola Tesla, and the wealth of Howard Hughes, who is pretending to be Nosferatu,” as Pope once put it — dons a luchador‘s mask and a set of fake vampire teeth to take on an Orwellian police-state Gotham in 2039. You’re welcome, TV!