In the Twilight on the Grass

Will Canelo vs. Chavez Become the New Mayweather vs. Pacquiao? 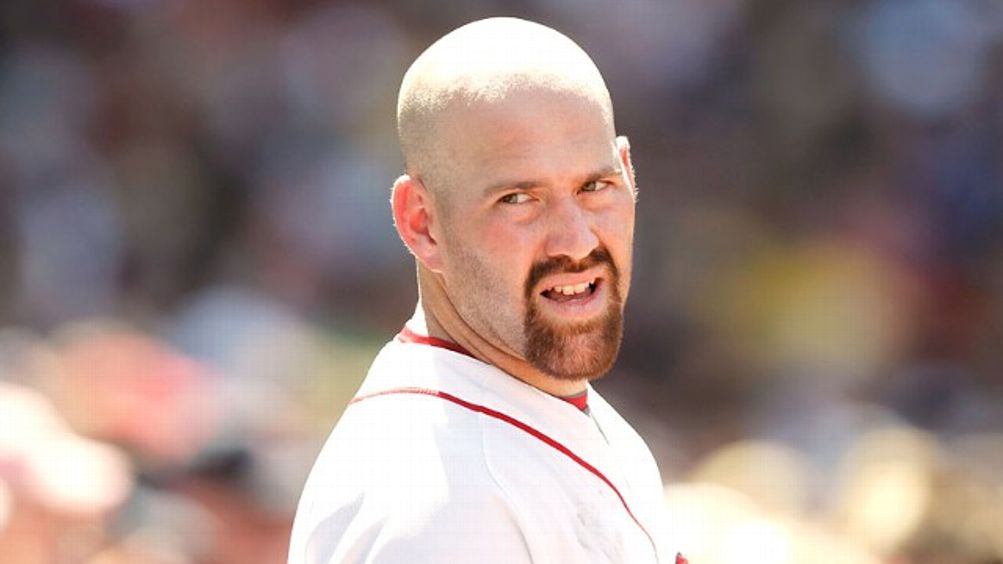 A lot of winning baseball teams have one guy on their team who’s kind of a dick. (On the field only, I’m talking — I don’t know these people.) They run hard, and play hard, and curse a lot, and get a lot of standing ovations for their “old school” manner of play. They get into fights, sometimes with their own teammates, but that’s because they’re “passionate.” When something bad happens, they make a huge show out of destroying water coolers, because they are super-intense and everyone needs to realize that. There has never been a correctly called third strike on these men, and when the home-plate ump deigns to call that fucking pitch a strike, are you kidding me?, the gentlemen in question don’t just get hot and pop off. They act as though their very honor as human beings has been called into question. They act like Harrison Ford in a movie in which someone announces the intention to harm his family.

A lot of these guys are quite good at baseball, and many of them play on winning teams. Are they good because they are this intense, or are they this intense because they’re good (and want to stay that way)? Do their teams win because of them, or do they just happen to show up on winning teams a lot? Those are a couple of causality/coincidence questions that will never be answered,1 but there does seem to be a decent correlation between the classic baseball hardass and a winning record. A.J. Pierzynski on the ’05 ChiSox … Albert Belle … Randy Johnson … Jeff Kent … I suppose you could go back to Ty Cobb, really. The 1990s Yankees had Paul O’Neill, who was probably the greatest possible match of attitude and city (New York will embrace a winning hardass like no other town).2 But second to New York and Paulie O’Intensity, in the modern era, are Kevin Youkilis and the 2004-12 Red Sox.

In his prime, Youk was an elite hitter, and he fielded two positions quite well. His OPS+ from 2008 to 2010 were 144, 146, and 157 (all OBP-heavy), and over those three years he was among the five or so very best hitters in most ways that matter. He was one of the best players in the game. But what made him special was how weird it was that this was true.

Kevin Youkilis is one of the most oddly shaped human beings in professional athletics. His torso is giant and cylindrical — he looks like a cartoon poor person wearing a barrel. He is completely bald — like, aggressively bald, like he hates hair — except for a fiery red goatee bush that tumbles out of his face like Play-Doh from a fun factory. When he hits, he stands with his feet so close together the ump could tip him over with one quick index-finger jab to the sternum — an action that must have been tempting for many umps over the years — and as he raises the bat above his head and aims the barrel back toward the pitcher in a manner any Little League coach would surely curtail (“No, Kevin, not like that, that’s all wrong … just … is your dad here? I need to talk to him”), his hands are a foot apart on the handle of the bat, and he then slowly slides them toward each other as the pitcher moves through his delivery. It’s fucking insane. (“Kevin? Buddy? Hands together, buddy. See? Like this? … Is your dad here?”) From this stevedore’s frame, alopecic head, and just completely goofy stance came a truly elite ballplayer. Who is also kind of a dick.

I imagine most people who are not Red Sox fans, or Billy Beane,3 hate Kevin Youkilis. He is Paul O’Neill reincarnated — intense, loud, aggressive, blustery. Always shouting at umps and always thinking he is right. He plays with a chip on his shoulder, has something to prove, etc., etc. I blame no one for disliking him. I get it. This particular breed of baseball player is liked only by those who root for the uniform he wears.4

But Red Sox fans I think maybe love Youkilis a little more than other teams love their version of this guy. Because the truth is, in 2004, when Youkilis debuted, Boston desperately needed a dick on their team. The history of the franchise need not be rehashed here — there are one or two other places on the Web you can read about it if you are so inclined — but suffice it to say, a good old-fashioned hardass was a great and necessary component of the new breed of Red Sox. Youk was perfect. His dickiness and his talent were a match made in heaven.

I’m very sorry to see him go. I really love the guy. All Red Sox fans love him. And White Sox fans will love him, too, by the way, because I guarantee you he is so pissed at being traded he is going to go on a 1.100 OPS run from now until he gets hurt again. Which will be in mid-August.