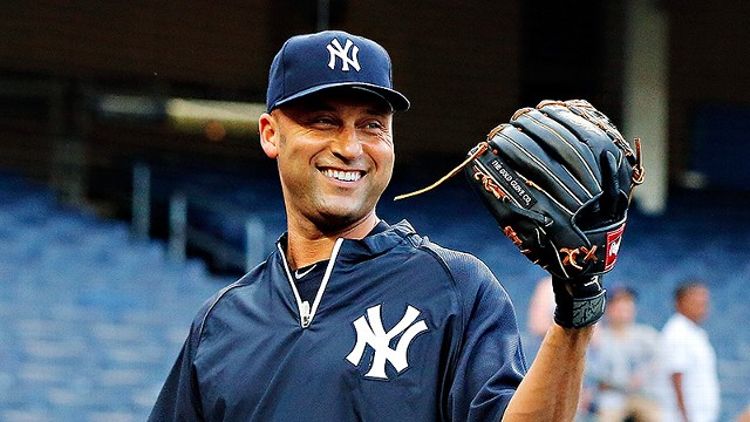 Back on the field.

For batting practice here in Tampa, at least. It’s a start. After so many months of frustration, it just feels good to get out there and take your cuts at home plate. Not swings in a pool, not swings on the side with a weighted bat, not air-swings in front of the IMAX Experience screen in Highlight Room 3 in your house, which you’ve done for hours pretty much every night since the original injury, because it’s important not just to keep your muscle memory sharp, but your success memory as well. But as crucial as it is to do all that rehab and prep work, nothing’s quite like digging in to the batter’s box and the sensation of the ball actually leaping off the bat. It’s what you live for. You need the physical part of it.

And, luckily, you’ve been doing this so long it all comes back to you, right from the first pitch.

They resulted in 21 base hits.

Twenty inside-out lasers to right, just like always, perfectly placed between infielders and outfielders, like I ran out there and dropped them in the right-field grass myself. Then I pulled one to left for fun. It’s important to have fun with it, but not too much fun, because you’re totally focused on getting your work in and getting back to the team. You’ll allow yourself that one fun-swing. And then later, when you’re back in front of the Highlight IMAX, you’ll cash in that fun-swing for another hundred simulated inside-outers. That fun-swing was a moment of weakness you can’t afford right now. Not when your team is running Jayson Nix out there every night while they wait for you to return.

No offense to Jayson Nix, who’d be the first one to tell you he can’t wait to give you your job back. It’s really touching when a role player misses his Captain that much. You can’t help but be moved by that kind of sacrifice.

You never want to make blanket statements like “the team is struggling without you,” because guys like Brett Gardner and Ichiro and Kuroda and CC have been doing their best, but you also can’t ignore games like today’s, where Andy and Boonie and Joba were scuffling a little bit and the offense continued to have a hard time putting runs on the board. It’s even more frustrating when you’re in a patch like this and you’re playing a team like the Rays, because Joe Maddon is exactly the kind of manager to take advantage. He’ll put on all kinds of crazy shifts for your hitters who might be in slumps. When Vernon Wells came up in the bottom of the second, he called all his fielders to the infield grass to form a kind of human wall extending from the pitcher’s mound.

Then Vern led off the bottom of the fifth and Maddon had all his fielders turn their backs to him. When we rallied for three to pull within a run and Wells came up with two outs and guys on base in the sixth, Maddon called a quick timeout and waved to the center and right fielders, who immediately set up a picnic in the power alley between them. Checkered blanket and everything. There’s a fine line between advanced strategy and gamesmanship. You don’t care what their organization’s analysts might know about positioning, there’s no way the numbers call for a picnic, even if Wells is hitting .128 with no power over the past six weeks.

And you know Maddon personally picked out the bottle of wine they were drinking out there. He’s always carrying on about the wine.

Getting healthy’s not a competition. Every player’s body is different, every injury is different, every rehab timetable is different. So you hate to see stories like the one about me and A-Rod, trying so hard to stir up some kind of tension between teammates who are just trying to get back in the lineup as fast as possible and help their team. It’s not a race. Sure, you’ll do anything in your power to be the first one back, but it’s not out of some impulse to “beat” somebody, even if that somebody is probably quietly calling reporters to tell them how “fantastic” things are going with him, and maybe even sent out personalized printed invitations to his batting practice, which he’s now calling “The Miami Pound Machine Fireworks Spectacular.” All you can do is focus on your own progress and hope the food trucks and carnival-game booths are cleared off the field by the time you’re supposed to get your swings in.

The great thing about baseball is the way the game constantly renews itself. I’m back up with the team and got to watch a couple of rookies get their first tastes of success. It was exciting. Their kid, Wil Myers, hit a meaningless grand slam off CC, and our kid, Zoilo Almonte, has had a couple of big starts since getting called up yesterday.

And then Wells stepped in to pinch hit with the bases loaded and the game on the line … and came through with a three-run double. You could tell Verny’s pride was a little hurt by the picnic on Thursday. The good ones turn humiliation into redemption. You gotta give Girardi credit for recognizing that and putting him in a position to win. There’s no binder page that will tell you the percentages on what a guy will do when he’s essentially had his manhood stolen from him.

I sent Maddon a bottle of wine after the game. Two-Buck Chuck. You know he’ll probably try to tell everybody how it’s a totally drinkable wine for the price so he doesn’t seem like a snob, but he knows in his heart it’s terrible. You don’t picnic in our outfield without there being some kind of payback.

Before the game, Maddon met with his relievers who blew it last night to let them know he still believed in them. Over chips and salsa.

He made sangria out of the Two-Buck Chuck.

This guy is unbelievable.

Honestly, who does chips and salsa in New York? The more I think about it, the less it makes sense. It’s like he’s playing defensive mind shifts through the press.

We don’t face them again until late July. And I’ll be back for it.

But I know this because I keep getting texts:

dm at jetes at AROD is me. really me.

dm at jetes hey jetes its really me alex

Then he sent me a six-second video of his latest batting practice fireworks show.

There were pony rides.