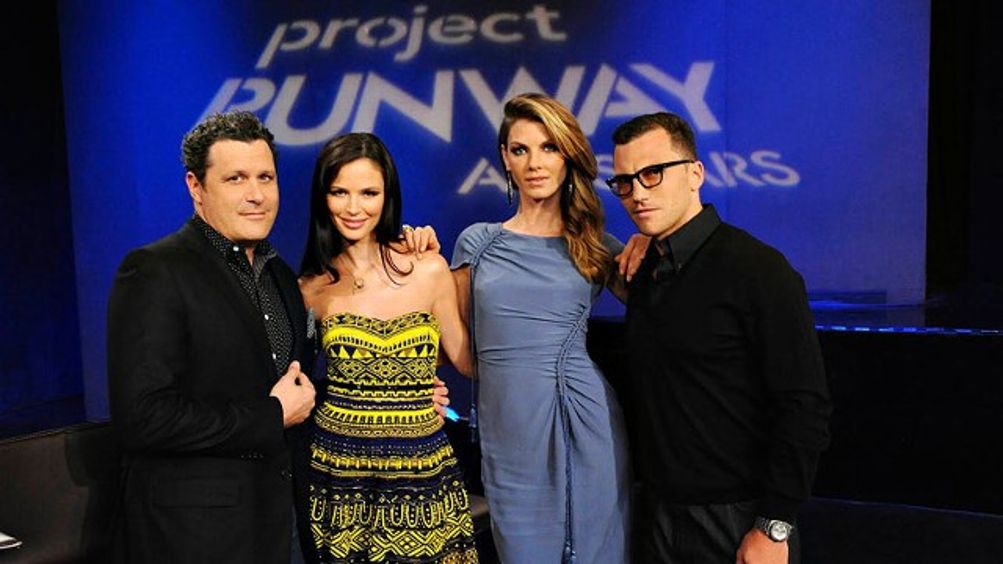 Sean Avery’s done a lot to destigmatize fashion and hockey. Four years ago, he spent his NHL offseason as an intern at Vogue. He told the Daily Beast he prefers women’s clothes to men’s because with women the clothes have a narrative and with men it’s just suits and pants — a conclusion he might have come to after guest-editing the Men’s Vogue website in 2008. Avery’s even spoken out in favor of gay marriage. He told ESPN that as a boy he played with dolls. He likes to psych out opponents by fistfighting in black nail polish.

If it didn’t seem so self-serious, The Sean Avery Experience would be a performance stunt, like the only reason to do any of this as a professional athlete is to trick other guys into calling you a fag. But toiling for Anna Wintour is quite a detour just to remind people that you play in a league of Neanderthals. And wouldn’t that be rich coming from someone as widely loathed for, among other things, being a Neanderthal?

At his high point — which was about three or four years ago (at the moment he’s playing for the Rangers’ Connecticut farm team) — Avery was really going for something. He seemed to be out there crusading for some kind of harmony. You always got the sense that he preferred to dress like a woman but had made his peace with being a mere man.

This was all before the rash of homophobia in the NBA helped provoke Dan Savage’s It Gets Better campaign. He was practicing a more discreet and furtively inspiring diplomacy. Here was this professional athlete and practicing heterosexual committing himself to fashion. He pitched his devotion as vocation, as some higher calling he just couldn’t help. Baby, he was born this way!

It seemed bold back then. Avery wanted to be noticed for both his hockey and his interest in haute couture, for agitating in his sport and away from it, for making people feel weird about whatever fixed idea they have about the genders. He wanted to be Dennis Rodman. But the culture appears to have caught up with him. Who is a male sports star without a line of clothes or a contract with a big fashion company? And Dan Savage, as it turns out, is better qualified to be Dan Savage. Avery’s been usurped. He’s been normalized.

Without his perch in the NHL, and looking for both legitimacy and a provocation, Avery now appears to have entered a self-parody phase. He’s become Anna Wintour. Or at least that’s what he appeared to be going for as a guest judge on a recent Project Runway All Stars. Week 5’s challenge required contestants to make a new garment inspired by clothes they bought off the backs of strangers in New York’s Union Square Park.

Avery didn’t appear until the final 15 minutes, and for the microscopic sliver of the Venn diagram where sports fans and this show meet, it was surely heaven. It’s possible that the sliver isn’t so microscopic, after all. The genius of Project Runway is the way it turns fashion into sport. Bragging and bullying on a singing show is distasteful. Bragging and bullying on Project Runway ensures a skate to the final four. In any case, the challenge produced some lovely women’s clothes made by an assortment of fashion nerds and stress cases.

It was an opportunity to see tomorrow’s designers today and to catch a glimpse of what Avery’s been up to. Attempts to glean an answer from this episode proved inconclusive. Avery didn’t say much. He was going for “strange sports dude.” He wore tinted glasses and lots of black. He looked like he had a disease — the Kors, perhaps. While the show’s regular judges, Isaac Mizrahi and Georgina Chapman, talked about how much they love themselves a jumpsuit, Avery just sat there, slumped. He perked up a bit as the discussion of the challenge’s very best and very worst designs turned to Michael Costello’s leather-belted bathing suit, a barely-there travesty that not even Michael’s model could rouse herself to sell to the judges. Avery read aloud what he had written down about the outfit: “Lady Gaga and Gwen Stefani at Burning Man on acid.” He said it with a kind of groggy bitchiness. The agitator couldn’t get it up — or, rather, he wouldn’t.

Sometimes with TV, people misunderstand what the camera does to them. Avery might have been aiming for Wintour’s sangfroid. But he was mired in Joaquin Phoenix’s “I’m Still Here” bloat. The microscopic sliver might have been hoping for what I was hoping for, too: that Avery and Mizrahi would form an instant bond of catty perception and enthusiastic support, that every exchange these two shared would become a golden television moment, that Avery would use this platform to advance some kind of inter-orientational mind-meld PR stunt the way Elton John and Eminem did at the 2001 Grammys. What we got was Mizrahi mentioning that Jerell Scott’s barely-there design made the model’s stomach look big and Avery saying, “You should never refer to a woman’s stomach as ‘big.'”

It was as if Avery rewatched his old interviews and profiles, as if he’d seen other tough young guys in other sports experiment with their clothes and their images, and thought he’d done his part and it was time to move on. Whatever he was doing on Runway felt like a restigmatization. If he can’t be at the forefront, then he’ll undermine everything by turning back into a Neanderthal again.

It’s too late to turn back now, though. He must know that, which is why he indulged himself with a bad bit of crypto performance art. Was he still trying to dissolve the contradiction between sports and fashion? Was he trying to prove there was no contradiction in the first place? Was he Sean Avery or “Sean Avery”? He didn’t undo on Runway what he’s accomplished. He can’t. He was part of an important shift in making straight dudes comfortable in a gay cultural neighborhood. It’s possible his comments were edited down to nothing, that being a judge on this show would suck the life out of anybody. But rather than advancing the conversation he helped start, he kept quiet long enough to make you wonder whether all that diplomacy was real. On Runway, he seemed irrelevant.