Day 3 of the NFL Free-Agency Frenzy

From Patty Hearst to David Stern 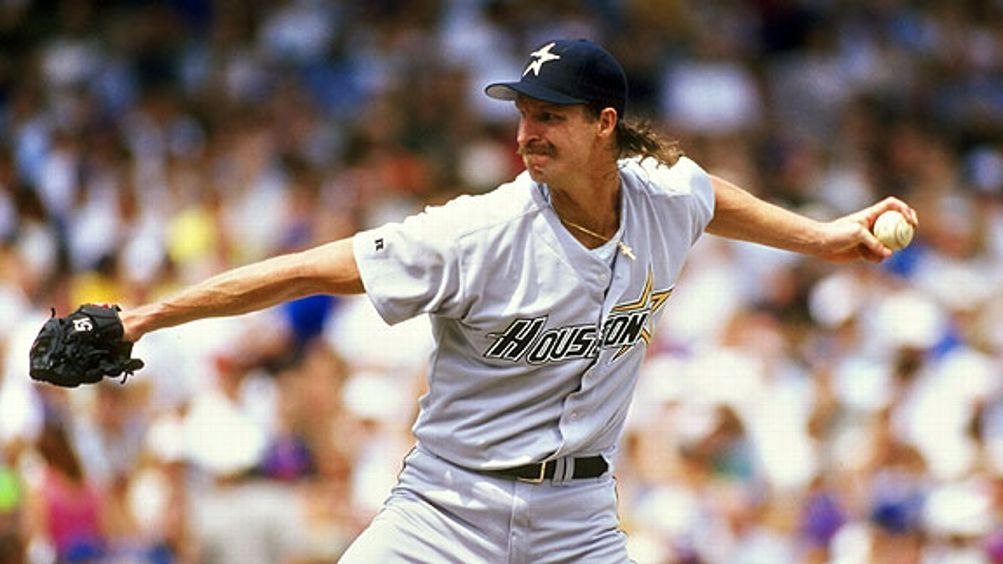 It’s six o’clock in the morning, and Buster Olney’s already tweeting. The Pirates are kicking tires on relief pitchers. The Tigers would like to add a starter. The Yankees might get Ubaldo Jimenez, Carlos Beltran, Albert Pujols, Roy Halladay, Ty Cobb, and three of the 17 percussionists from Arcade Fire. He does this all day, every day, until the wee hours of the night. If anyone’s going to beat the laws of nature and find a way to give up sleeping entirely, Buster Olney’s the guy. Him or Ken Rosenthal, whose own 18-hour days have prompted his followers to dub him Robothal.

Why do they do it? Why do baseball reporters harangue GMs, agents, and anyone else who might have scraps of information, their Blackberries surgically attached to their skulls, hands, feet, and in Robothal’s case, his snazzy bow ties?

Because we are insatiable. Like tabloid addicts dying to know who’s sleeping with whom we crave the tiniest trade tidbits. Deep down, we know that most trade rumors are 2 percent fact, 98 percent baseless innuendo. Teams float trial balloons to see if anyone will bite. Agents run misdirection to extract a better landing place and a few extra bucks for their clients. And yet, we can’t help ourselves. We love the fantasy of it all. We trade baseball cards when we’re kids, hoping to pull a fast one on our buddies and land a mutton-chopped Carl Yastrzemski for an Omar Vizquel with the head cut out.1 The publication of Moneyball and rise of Theo Epstein, Jon Daniels, Andrew Friedman, and other young GMs prompted a new level of fantasy. So many kids dream of running baseball teams and making trades for real that you now need an MBA from Harvard, a PhD from Cal Tech, and compromising pictures of team owners just to get an interview for an internship. Trade rumors, fake trades, real trades … we love it all.

But every so often, we get The Big One — a trade that propels a team to the World Series, or lands a future Hall of Famer. Last season it was Cliff Lee, possibly the best left-handed pitcher in the game. Several teams were rumored to be in talks. Lee then very nearly went to the Yankees. At the last minute he landed in Texas instead, then improbably led the Rangers to their first AL pennant in franchise history. On the flip side, there have been monster deals on the prospect front. The Tigers were once very reluctant to part with a hard-throwing, local-born pitching prospect … until they got offered crafty righty Doyle Alexander for a pennant race. Then they were totally cool with trading John Smoltz.

As we head into the teeth of the trading silly season, it’s instructive to take a look back at a few deadline deals and see what lessons can be learned. Fake trades and minor deals aside, there will likely be one or two trades that prove to be big ones, either now or down the road. Knowing your trade archetypes can help you better understand what to expect.

The Red Sox were in Year 72 of their World Series drought, they saw a chance to go for it, and they did. The trade worked that year, too: Larry Andersen was a very good pitcher who performed like Mariano Rivera in his prime after the deal (25 strikeouts, 21 baserunners, zero homers in 22 innings) and helped propel Boston to an AL East title. He was also a 37-year-old relief pitcher. Bagwell wasn’t yet the power-hitting terror he would later become, but he was a Boston-born third baseman with an uncanny batting eye, strafing doubles in tough hitter’s parks, then posting a .422 on-base percentage as a 22-year-old in Double-A. The Red Sox failed to break the curse, Andersen left that offseason, and Bagwell went on to become one of the greatest first basemen of all-time and a sure-fire Hall of Famer.

The Lesson: When you’ve got a shot, take it. But if you’re going to give up a premium prospect, do it for a cleanup hitter or staff ace. Good relief pitchers grow on trees.

Before piling on Dodgers GM Ned Colletti, let’s try to be generous for a moment. Yes, the Dodgers were two games under .500 at the time of the trade. But they were also just a game out of first, behind the mediocre Arizona Diamondbacks. Casey Blake wasn’t great with the Dodgers down the stretch that year, but .251/.313/.460 was still better than what they had at third base.2 The Dodgers went on to win the NL West, with a paltry 84 wins.

OK, now for the piling on. IT’S CASEY FREAKING BLAKE! Nice player, sure. But by this time, most teams had learned to be very protective of their top prospects, especially when trading for non-premium players. Apparently not. Carlos Santana was a very promising prospect who only got better after this deal. Three years later, Santana looks primed to become one of or very possibly the best catcher in the American League for the next five to 10 years.

The Lesson: Either Ned Colletti never heard of Jeff Bagwell, or the Hindenburg that is Frank McCourt’s rule of the Dodgers had already robbed all employees of common sense. Again, with feeling: Do NOT trade premium prospects for role players.

Now this is more like it. Matt LaPorta was a very highly regarded slugger in the Indians system, ranked no. 23 among all prospects by Baseball America coming into the ’08 season. He highlighted a package of players that was impressive in an era in which most GMs understood how precious young, cheap talent could be. But this was CC Sabathia, three-time All-Star, defending AL Cy Young winner, and all-around beast. Forget World Series; the Brewers hadn’t made the playoffs in more than a quarter-century. They saw their chance and they took it. The deal worked out better than they could have dreamed: Sabathia had a run to rival Rick Sutcliffe’s 1984 and Randy Johnson’s 1998 for best performance with a new team after an in-season trade: 11-2 with a 1.65 ERA, and a strikeout per inning. The Brewers won the NL wild card, saw a big boost in ticket sales and other revenue streams, and helped reestablish Milwaukee as a viable destination for good players to play.

The Lesson: If you’re going to go for it, go big.

This was the Sabathia trade, 19 years earlier. Like Sabathia, Langston was a hard-throwing lefty ace, one of the rarest baseball commodities. Like Sabathia, Langston was outstanding with his new team. The won-lost record wasn’t as sparkling due to lack of run support and a few too many walks. But Langston also struck out a batter an inning, posted a 2.39 ERA, six complete games, and four shutouts with his new team. By making a big trade way before the rest of the league typically got serious about the deadline, the Expos also got the benefit of four-plus months of a new ace. The rest of the team faded that summer, though, and Montreal again came up short in yet another pennant race. On the other side, hard-throwing righty Gene Harris was regarded by some as the prize of this deal. The 6-foot-10 rookie lefty who went to Seattle terrified opposing hitters at the time, though just as much for his Ricky “Wild Thing” Vaughn-esque control as for his skill. Randy Johnson did turn out to be pretty good in the end, though.

The Lesson: Process should trump results. This trade worked out horribly, but it was the right move at the time. Keep trusting the process and you’ll win a lot more than you lose in the long run.

One of the best win-win trades in recent memory, the Astros got a far more refined version of the Big Unit nine years after the Mariners did. All Johnson did in two months was go 10-1 with a 1.28 ERA and 116 strikeouts (vs. 57 hits) in 84 innings. Houston won 102 games and the NL Central crown. Meanwhile, Garcia became a mainstay of the Mariners rotation for 5½ years, with two top-10 Cy Young finishes and two All-Star game nods. Halama was a useful pitcher at times in his own right. And Carlos Guillen went on to become a middle-of-the-order masher, a rarity for a second baseman. Too bad Guillen’s metamorphosis happened after a trade to Detroit.

The Lesson: You don’t need to rip the other guy off to make a good trade. The Astros got a masterful performance from an all-time great plus free-agent compensation picks at year’s end. The Mariners got three young, useful pieces who helped the team for years thereafter.

Omar Minaya thought the Expos (and Twins) were about to be contracted. This was also his first GM job, and he wanted to make a splash. With the Expos on the fringes of a playoff race, he pillaged his own farm system to get Colon, at the time a legitimate ace. Colon did his job, giving Montreal 117 innings of excellent starting pitching that it sorely needed. The undermanned club fell well short of the playoffs, but the basic idea to give it one last try with the franchise’s future in peril made sense. What didn’t make sense was how much Minaya gave up to make it happen. It’s one thing to give up one top prospect in a deadline deal. The Expos gave up what was at the time the equivalent of three Jeff Bagwells. Grady Sizemore’s fighting injuries now, but he was in the discussion as one of the top five players on the planet just a few years ago. Brandon Phillips is one of the best second basemen in the game. Cliff Lee makes at least five hitters cry every time he takes the mound.

The Lesson: Don’t threaten to contract a team unless you want disaster to ensue. Ask Washington Nationals fans how they’d feel about having Grady Sizemore, Brandon Phillips, and Cliff Lee on the roster.

One of the very last moves of the J.P. Ricciardi Era seemed like a classic “Fine, whatever” deal. One team has mild interest in a half-decent player. The other team, having already left that player unprotected for the Rule 5 draft and generally not thinking much of him, says, “Fine, whatever” and hands him over for next to nothing. Had Jose Bautista become the new Pujols immediately after going to Toronto, Ricciardi might still have his job. Instead, Alex Anthopoulos gets to enjoy the best hitter in the game for the next four-plus years, at a bargain price that makes him an even more valuable commodity.

The Lesson: Sometimes you just get lucky. Earlier this year, Ricciardi was asked what he thought Bautista might become in Toronto: “I thought he could be a super-utility player — play some third base, left field, DH — and I thought he could hit 15 home runs.”