Invasion of the Little Green Men 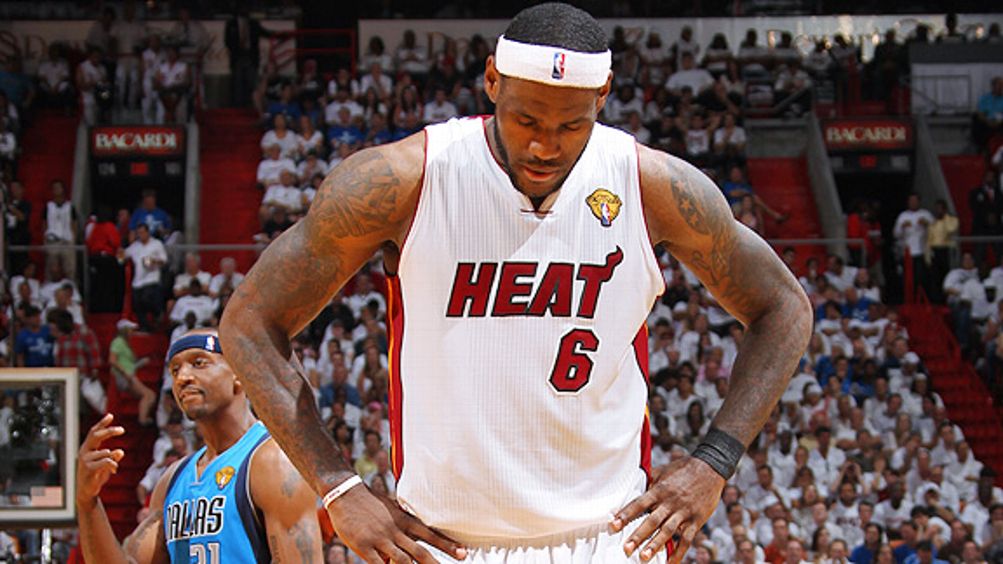 On May 30 of this year, Skip Bayless went viral on Chris Broussard in the middle of a heated argument about who knew LeBron James and who didn’t know LeBron James and who had a soul and whose soul was languishing in purgatory with Ahmad Rashad and Jim Gray. The Internet has since moved on, as it always does, but the blowup highlighted just how much we want to know about LeBron and just how little knowing we have been able to scrape together. Despite several high-profile looks into how LeBron carries himself, who helped him make The Decision, how many toes are on his right foot, and what happened or did not happen with his mother and Delonte West, the profile of the World’s Most Gifted Man still lacks its keystone revelation.

As such, LeBron has become the league’s Kaspar Hauser, and every sportswriter-turned-psychiatrist has, at some point or another, huddled over him with phrenology charts and calipers, extrapolating god knows what from the Exquisite Corpse of all that has ever been written about him. The truth is, nobody really knows what is wrong. Last season, after LeBron unraveled in Game 5 against the Celtics, Kenny Smith and Charles Barkley both expressed their shock at what they had witnessed, with Barkley intimating that he had never seen a superstar player play like that before. What that meant exactly was never explained, not because there was no effort made to describe what had happened, but because that had no historical context. Nobody knew what to call it because nobody had ever seen it before.

Last night, we saw more of that. After hitting his first four shots in the game’s opening minutes, LeBron missed his next three. From that point on, he disappeared, not only on offense, where he put up a combined three shots in the second and third quarter, but also on defense, where the rampager we saw in Chicago stood in one spot on the floor, looking confused and unhappy. He did not crash the boards, he did not fill the passing lanes, he did not rally anything or anyone. At a few points in those quarters, he seemed to snap to attention, but his version of “being aggressive” — a phrase he has ground down into a meaningless dust over the course of these Finals — involved him putting his head down and running into the heart of the Mavericks defense. At the start of the fourth quarter, LeBron was on the bench. When he finally came in at the nine-minute mark, his plus/minus was at minus-20. Every other starter on the Heat was on the happy side of zero. What was even more telling was just how little drama there was about his reentry. I cannot imagine anyone watching really expected LeBron to take over and lead his team to victory. What was expected of LeBron was exactly what LeBron did. With 8:25 left in the quarter, he set up on the left block and shot a turnaround jumper that entirely missed the rim. At the 4:10 mark, he stood passively on the right-hand side of the 3-point line and whipped off not one, but two passes to his teammates. On both occasions, when LeBron caught the ball, the Mavs defense was still shuffling to get in place. What should have been an easy dunk was just another in a litany of LeBron deferrals. In the last two minutes, with the game out of reach and the fans milling out of the stadium, LeBron hit a meaningless 3-pointer. At that moment, his effort seemed like bad theater — the lost, sad flailing of a man who doesn’t quite understand that the show is over and that everyone hated it.

Perhaps, the reason why nobody has ever answered the question “What is really going on with LeBron James?” isn’t because we are all missing out on some vast, unplumbed psychological space of entitlement, insecurity, and self-destruction, but rather because the answer to the question is boring and self-evident. He is quickly becoming the problem nobody cares enough to solve, the bully whom you endure, not because you feel threatened, but because you’ve long since given up trying to reason with him. For the most part, the response to the coughing video wasn’t outrage or even confusion, but rather a collective rolling of the eyes and a deeply felt, deeply annoyed sigh. That, more than anything else, was just LeBron being LeBron.

The fact that such a great player has been reduced to a cliché, and that the cliché describes his failings, should be a story in itself. But LeBron’s performance in the Finals and the echo from the end of the Boston series exist somewhere outside our usual rhythm of “watch, react, and relate.” In the postgame press conference, a reporter asked LeBron and Wade about the word “choke” and if they felt as if they had choked the series away. LeBron let Wade answer, but what struck me about the question wasn’t Wade’s tepid answer or LeBron’s deferral, but rather that the word “choke” doesn’t seem to really describe what happened in this series. LeBron did not shrink up in the moment. He did not miss big shots or free throws. He did not turn the ball over or travel or call a timeout. Instead, he just kind of wasn’t there. And what was even weirder than the public’s lack of surprise, or LeBron’s hostile postgame press conference, or even the defensiveness with which he carried himself throughout the season, was just how the villain in this particular tragedy felt staid, warmed-over.

It is not hard to be a compelling asshole. Rasheed Wallace’s unabashed humanity, Ron Artest’s ongoing psychodrama, Jordan’s dickishness, and the vacillation of opinion on whether or not Kobe Bryant is a megalomaniac or if Kobe Bryant burns with some ineffable “competitiveness,” added a dimension to their legacy as players. We psychoanalyzed them because it was fun, and, sometimes, even instructive to do so. With LeBron, one gets the feeling that even if his story never drags itself out of this chapter, we have already exhausted our desire to figure out why.